Netflix to Collaborate with Studio Colorido For 3 New Anime Films 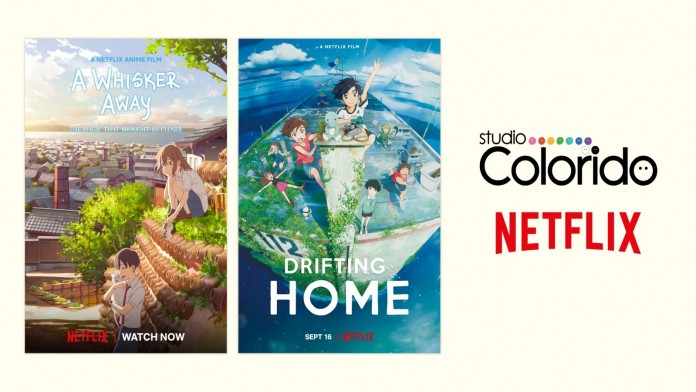 The three-film project will also include a new film by Tomotaka Shibayama, the director of the studio's 2020 film, "A Whisker Away." According to the announcement, his new film will be streamed worldwide on Netflix in 2024. Information about the third film has not yet been disclosed. This is the first time Netflix has worked with a Japanese domestic animation studio on a feature-length animation project over a multi-year period.

Check out a visual for Tomotaka Shibayama's upcoming untitled film below:

Speaking about the joint venture, Koji Yamamoto, President of Studio Colorido, said, "Our goal is to make a film that is uniquely Colorido. We have been working hard and moving forward in our own way toward that goal. Until now, Japanese films have often been unable to go global, but now it is possible to send them out into the world in the form of Netflix films. Netflix connects Japanese films with users around the world."

Moreover, director Tomotaka Shibayama gave some insight into his upcoming film, saying, "The new work I am currently planning is a story about a little mysterious love story that takes place during one winter. I want to deliver a work that will be a cheering song for boys and girls, carefully depicting the extraordinary things that come suddenly in their daily lives and the emotional growth of the characters. We hope you will enjoy it."

"The history of Japanese feature-length animated films is deep and has been loved by generations both in Japan and abroad. After the release of I Wear a Cat I Want to Cry on Netflix, viewers around the world were fascinated by its original stories and high-quality animations. Following "Drifting Housing Complex Announcing the Rain", we look forward to developing new films together after 2024 and delivering them to viewers around the world. Netflix will continue to collaborate with animation production studios in Japan with the aim of enhancing its unique feature film lineup."