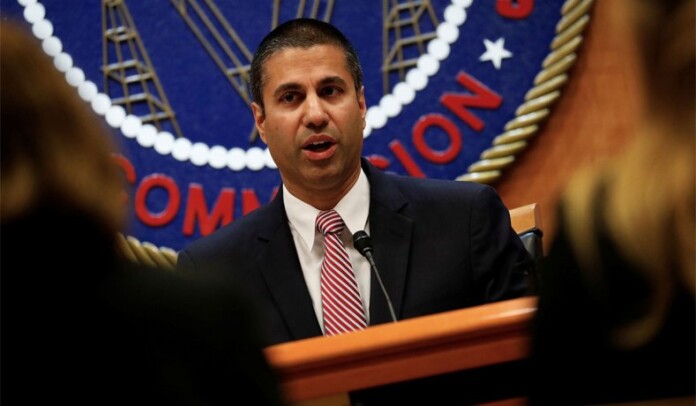 FCC Chairman Ajit Pai has called the Obama era Net Neutrality rules heavy-handed and argues that innovation and investment are being blocked by them. With the Obama-era rules of net neutrality almost all but over, Ajit Pai’s vision of a light touch approach to regulation may soon be a reality.

However, big companies like Google and Facebook, as well as the creator of the World Wide Web, Tim Berners-Lee believe that the internet as we know it may not exist without the protections that are in place. According to CNET, Net Neutrality is the principle that all traffic on the internet is to be treated equally regardless of what content you are viewing. It prevents companies from favoring their content over their competitors.

The FCC, led by Ajit Pai voted to repeal the 2015 regulations set in place by the Obama administration. It prevented broadband providers from blocking or slowing down traffic and banned them from offering better quality access and speeds to companies willing to pay extra to reach consumers more quickly than their competitors. The order took place yesterday following the publication of the final notice of the repeal in the Federal Register, which only gave a 60-day window until the rules were removed.

As of today, only parts of the order are active and significant parts still require OMB approval. The FCC will issue a subsequent order to make it official once the OMB approves. The most significant change from this move is the FCC being stripped of all authority to regulate broadband and the responsibilities being shifted to the Federal Trade Commission.

Under the 2015 rules, the FCC classified broadband service as a utility; it gave the organization the authority to regulate infrastructure as it did for the old telephone network. Once the changes go through, the FTC will have the authority to take action against companies that violate contracts with consumers or participate in the fraudulent activity. Since the FTC is already swamped with overseeing consumer protection and competition in the world economy, it is unlikely the agency can deliver the same kind of scrutiny.