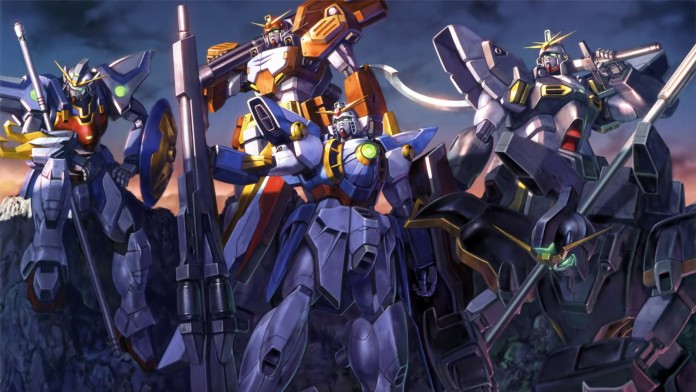 The upcoming anime film Mobile Suit Gundam: Cucuruz Doan's Island has just released some exciting previews for fans! The official website for the anime film has released a 60-second full trailer and a 30-second version, giving fans an official sneak peek at the characters. The website has also revealed the main poster visual featuring its main characters.

The upcoming anime film is based on the first Mobile Suit Gundam TV anime's 15th episode of the same name, aired in Japan on July 14, 1979. Fans can also listen to the theme song "Ubugoe," sung by Hiroko Moriguchi. Check out the main poster visual for the upcoming film below:

The upcoming anime film Mobile Suit Gundam: Cucuruz Doan's Island will be released in Japan on June 3, 2022. The newly released clip features the crew of White Base, M'Quve of the Principality of Zeon army, Doan's MS-06F Zaku, the MS-06GD Zaku High Mobility Type, and the RX-78-02 Gundam holding two beam sabers. Check it out below:

In addition, two new voice cast members have also been announced on the film's website. According to reports, Fu Hirohara voices Cara, an island girl Doan has protected. On the other hand, Yuma Uchida (Megumi Fushiguro in JUJUTSU KAISEN) plays Marcos, the oldest child on the island. Check out the rest of the main cast below:

Fans looking to watch the Mobile Suit Gundam anime series can check it out on Crunchyroll. The platform's official description for the anime reads:

"Universal Century 0079. The rebel space colonies of the Principality of Zeon launch a war of independence against the Earth Federation, using humanoid fighting vehicles called mobile suits to overwhelm the Federation Forces and conquer half of Earth's surface. Months later, the Federation has finally developed its own prototype mobile suits at a remote space colony. But when the colony suffers a Zeon surprise attack, these new weapons fall into the hands of a motley crew of civilians and cadets. Fate places a youth named Amuro Ray at the controls of the white mobile suit Gundam..."

Read Next: The Tunnel to Summer, the Exit of Goodbyes Release Date Out!