Loki on Disney Plus: Release Date, Cast, Plot, Trailer, and Everything You Need to Know 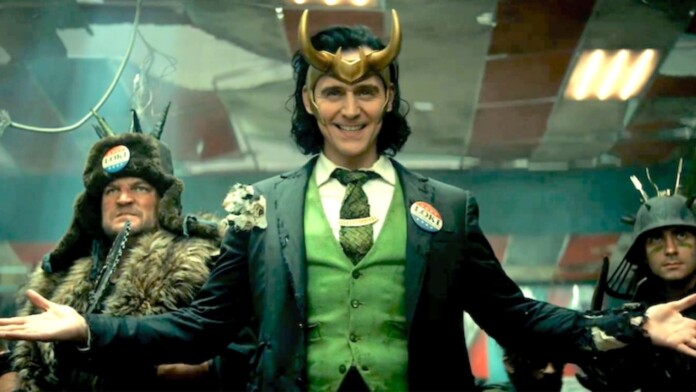 Finally! Loki is coming to Disney Plus, and we have more details on the show! We cannot wait to watch Loki on Disney Plus, so let's see what more we know about it.

Ever since Disney Plus was announced, there were talks that they'd have a show featuring the charismatic antihero. Now, we managed to take a look at the trailer and find out a bit more than we already knew.

What's the Release Date for Loki?

What we do know about Loki is that it's coming in May 2021. We don't have any details that are more specific than "May," but when we do, we'll make sure to update.

The show was supposed to be released soon, but Covid hit, and everything got delayed. Filming started in January 2020 and was suspended in March, when the pandemic took a turn for the worse. Filming resumed in September and is expected to conclude in December.

Is There a Trailer for Loki?

Yes, there is! We have it right here!

Basically, the story starts after Loki steals the Tesseract in Avengers: Endgame. He uses it to travel through time and alter human history. However, he ends up trapped in an interesting story of his own.

Who's in the Cast of Loki?

We don't have much information on the exact characters these other actors will be taking on, so we're going to have to wait and see.

The show is produced by Marvel Studios, written by Michael Waldron, and directed by Kate Herron.

What's the Plot for Loki?

As we mentioned, Loki kicks off the story with Loki stealing the Tesseract in Avengers: Endgame. He travels in time and reshapes his history. While we know him as one of the somewhat good guys in Avengers, in this timeline, he hasn't gone through the events that helped reform him from Thor: The Dark World and Thor: Ragnarok.

Expect a more villainous character than we last saw of Loki. We know you'll love him nonetheless, but a warning is absolutely worth it.

How Many Episodes Will Loki Have?

Loki will reportedly feature six episodes. This will be one of the first shows we get from Marvel's Phase Four.

How to Watch Loki on Disney Plus?

This is an original Disney Plus show, so you'll have to subscribe to the service. You have until May to do so, so that's plenty of time. If you subscribe now, the price for the service is $6.99 per month or $69.99 per year, but starting with March, that price will go up $1 per month and $10 per year.

Disney Plus comes with a ton of cool content from Marvel, Disney, Pixar, Star Wars, and National Geographic, so you have plenty of stuff to enjoy. They also have plans to add about 10 new Marvel shows and 10 new Star Wars shows, as well as 30 shows and movies from Disney, Disney Animation, and Pixar.

You can download Disney Plus on pretty much any platform you have at home, whether we're talking about iOS and Android smartphones and tablets, Apple TV, Android TV, Fire TV, Chromecast, game consoles, and so on.