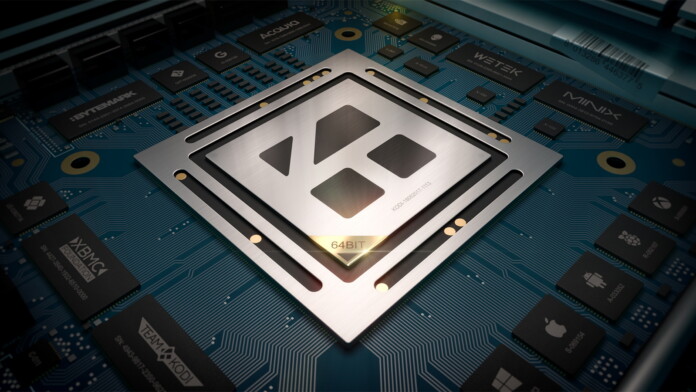 Close to two weeks ago, Kodi’s developers have published Kodi 18.0 RC2 – the second Release Candidate. This was a strong signal that we’re nearing the final release of the upcoming Kodi v18 ‘Leia’ as Release Candidates typically deal with remaining bugs and final polishing before the first official and public version comes along. However, it looks like there’s more work to be done as we can now download Kodi 18.0 RC3 from the application’s official website.

What’s interesting to note is that Kodi 18.0 RC3 has been released quietly – without a dedicated blog post, as is usually the case. Perhaps the development team felt that this release is too ‘small’ to be announced or maybe they are in a rush to publish the final Kodi 18.0 version before the year’s end. Either way, you can now upgrade to the latest Release Candidate if you’re following Kodi’s development path.

Since there are no dedicated articles on Kodi’s website, it can be hard to pinpoint what’s new and what’s changed in the latest pre-release version. However, just like always, you can follow Kodi v18 changelog page – even though this page offers a condensed summary of core features and functions. What’s more important is to take a look at Kodi’s GitHub page that lists known issues. We can see that developers have been reporting a number of issues with the latest Kodi version, which is why it’s not that surprising that Kodi 18.0 RC3 has been released. The chances are that Kodi’s development team is working hard on resolving the most prominent bugs and making sure the final version works as smoothly as possible. Smaller bugs can be resolved in the future though.

To update your existing Kodi installation, you need to visit the application’s website. Click on ‘Downloads’ (top-right corner) and select your operating system of choice. Then, go with the ‘Pre Release’ tab and you’ll find Kodi 18.0 RC3 among the available downloads.

And when it comes to a possible release date of Kodi 18 ‘Leia’ – we don’t have any concrete information yet. However, we’re pretty sure that Kodi’s development team wants to release the upcoming Kodi overhaul by the year’s end.

Do you plan on checking out Kodi 18.0 RC3? If you do, make sure to tell us your impressions! Lastly, don’t forget to share this article online, and make sure to follow TechNadu on Facebook and Twitter. Thanks!