Is Boruto Worth Watching? 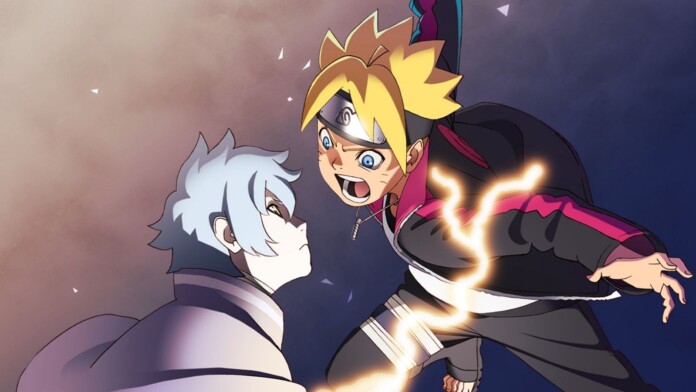 On October 3rd, 2002, the first episode of an anime called Naruto aired. It was based on a red-hot hit manga, and the anime quickly extended the reach of the manga's fandom to a worldwide audience. Naruto is a massive phenomenon, and the main story of the titular hero ended after just over 700 episodes. At least, it sort of did.

Now we have Boruto, a spinoff show set years after the ending of Naruto Shippuden. The question many people are asking is whether the show is worth watching or not. Be warned that this article contains SPOILERS for both the original Naruto Series as well as Shippuden. If you haven't watched those yet and still plan to, stop reading now.

Fan of Naruto? Here's how you can watch Naruto shows and movies in order before you start watching Boruto.

What Is Boruto Exactly?

Just as with Naruto, Boruto is the name of the main character in the show. However, instead of an outcast ninja orphan, Boruto is the son of a famous ninja hero who happens to be the current village leader. That's right, Boruto is none other than the son of Naruto and Hinata. On the surface, he very much resembles his dad, but that resemblance is only skin deep. Boruto and Naruto don't have a great relationship, and while Naruto rebelled at all authority at a youngster, Boruto has a slightly more specific target here.

The plot starts with Boruto entering the Ninja Academy, just as it did with Naruto, but right off the bat, some fairly high-stakes things are going on. While Boruto echoes a lot of the beats from the show that came before, it's definitely its own thing. And how could it not be different? Thanks to the events of Naruto, the world is a very different place. So, of course, Boruto would be a very different person, having grown up in unprecedented times of peace.

Of course, the show wouldn't be interesting if it has no conflict and no antagonists. Luckily, Boruto doesn't take its time planting the first seeds that something dark is on the horizon.

What Does Boruto Offer for Naruto Fans?

Boruto has a tough job on its hands since it both has to appeal to Naruto fans while also being a show that new people can start with - and still get something out of. However, does it actually offer anything to Naruto fans?

In our opinion, the answer is yes. Even if you think the new characters aren't interesting or you don't really feel much investment in the main plot, Boruto offers a sort of unique epilogue for Naruto that's massive in scale. You get to see what actually happened to the beloved characters of the original series, how their lives turned out, who they married, their children, and so on.

This is a double-edged sword, of course. In most stories, things end on a "happily ever after" note, and in your imagination, you can simply believe that nothing ever went wrong again for the characters you love. Boruto may, therefore, not reveal a canonical fate that will make you happy in every instance. If you liked the way Shippuden ties up things, you're probably better off skipping Boruto.

If, on the other hand, you simply must know what happens after Naruto finally achieved his lifelong ambition, this is the only way to do it.

Does the Show Stand on Its Own?

If you've never seen Naruto and don't intend to, would Boruto make sense as a standalone show? On a very superficial level, the answer would be yes. If you simply let all of the references to previous events and the various aspects of world-building wash over you, there's still a coherent central plot here. Would you get much enjoyment out of it? We don't think so.

To be brutally honest, if you don't have the benefit of watching Naruto, there's very little reason to watch Boruto. Your time would be better spent watching a shorter new show such as My Hero Academia or Black Clover. Naruto's lore is dense with over two decades of material to back it up. In the end, why would you want to watch this if you don't know anything about Naruto to start with? We can't really come up with a plausible case where that would be true.

So, Is Boruto Worth Watching?

It's our opinion that Boruto as a whole doesn't have the same quality of storytelling as Naruto. Perhaps that's not a fair assessment because we can only compare the early part of Boruto's arc to the very pinnacle of Naruto's.

Either way, it is definitely worth the time of Naruto fans since we do get to see more of the world we love. There's an argument that perhaps things should have ended where they did with Naruto, but now that the material is out there, you might as well check it out.