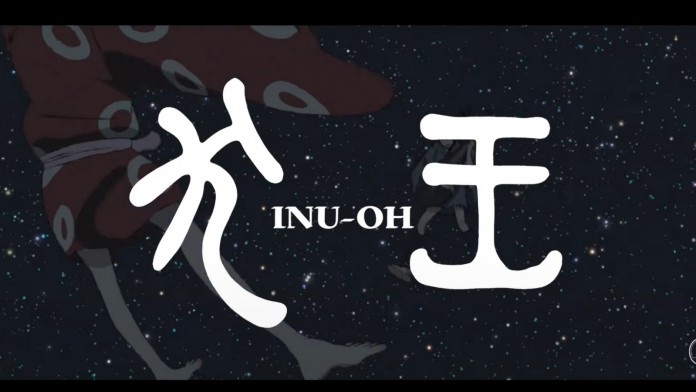 Inu-Oh's fantasy musical film is all set to make its debut in Japanese theatres in less than a month! The production team has released a new 30-second trailer for fans ahead of its release. The film is based on the novel "Tales of the Heike: INU-OH" by Hideo Furukawa.

The film is set in 14th Century Japan and revolves around a friendship between Inu-Oh, a dancer born with unique physical characteristics, and Tomona, a blind musician. Unable to fit in with society because of their physical differences, Inu-Oh and Tomona nevertheless utilize their artistic abilities to achieve their dream of stardom.

Inu-Oh's upcoming anime film is slated to release on May 28 in Japanese theatres! Ahead of its release, a new trailer previewing the developing friendship between Inu-Oh and Tomona was released by the creators. Inu-Oh has already had its North American premiere at this year's Toronto International Film Festival. Check out the newly released trailer for the film below:

GKIDS is slated to release Inu-Oh in North America sometime after its Japanese theatrical release. The film distributor describes the story as:

"Inu-Oh is born with unique physical characteristics, and the horrified adults cover every inch of his body with garments, including a mask on his face. One day, he meets a boy named Tomona, a blind biwa player, and as Tomona plays a delicate song of tangled fate, Inu-Oh discovers an incredible ability to dance. Inu-Oh and Tomona become business partners and inseparable friends, using their creative gifts to survive on the margins of society, as song after song gain them notoriety and propel them to stardom. Through the songs, Inu-Oh mesmerizes his audiences on stage, and gradually begins to transform into someone of unequaled beauty. But why is Tomona blind? Why was Inu-Oh born with unique characteristics It is a story about the friendship of Inu-Oh and Tomona, who dance and sing to get to the truth and break each other’s curse."

Read Next: GKIDS to Release Deiji Meets Girl in Theatres!