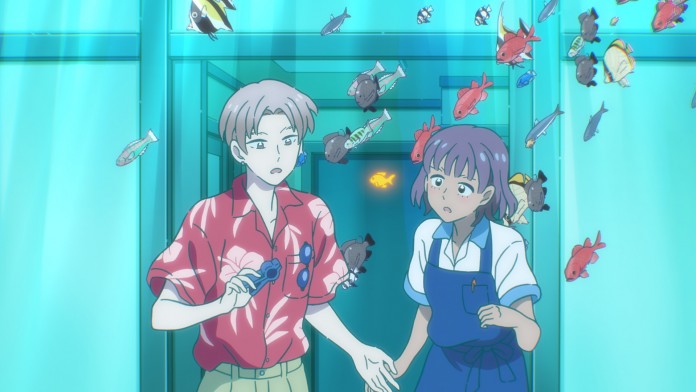 Good news for anime fans in North America! GKIDS has acquired the rights to the 2021 short-form TV anime Deiji Meets Girl and plans to show the series theatrically in the United States. The series had its international premiere on August 25, 2021, at the 25th Fantasia International Film Festival in Montreal as a closing-day screening.

Deiji Meets Girl follows Maise Higa, a first-year high school girl who works part-time at her family’s hotel in Okinawa. The original story is credited to Naminoue Seinendan and produced by Japanese studio Liden Films, with direction and character design by Ushio Tazawa. The theatrical screenings' exact formats and release dates have not yet been revealed.

Deiji Meets Girl: All We Know

GKIDS is set to screen the Deiji Meets Girl short anime theatrically in the United States sometime in 2022. An exact date for the release has yet to be revealed. In addition to Ushio Tazawa, the series features series composition and original character design by Akane Malbeni. The series originally aired from October 2 to December 18, 2021, on the Super Animeism block on MBS, TBS, and other channels.

"Maise is stuck spending the summer after her first-year of high school helping out at her family’s hotel in the sleepy seaside town, but things become a little less sleepy once Ichiro, a mysterious young man, checks into the hotel. It seems as if only Maise and Ichiro can see the strange, sudden apparitions: the hotel lobby and the room transforming into an aquarium, a giant tree erupting from the floor or the rowdy monsters laying claim to the hotel restaurant. Maise vows to figure out not just what’s causing these odd occurrences but why Ichiro has come to this remote town in the first place."

Read Next: Technoroid Overmind Anime Series Delayed Due to Covid-19