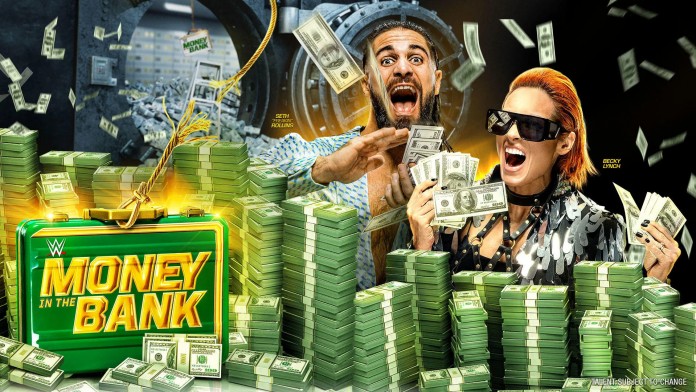 Fight fans will finally be able to watch the 13th annual Money in the Bank event since it is poised to happen this weekend. Moreover, you will be able to stream it online quite easily, even while traveling. We have all the information you may be looking for, including the day and hour, full card, and the streaming services that have it, so let's see when, where, and how to watch WWE Money in the Bank 2022 online from anywhere in the world.

The upcoming 2022 event is the 13th annual Money in the Bank professional wrestling live event produced by WWE, and it will be held for wrestlers from the promotion's Raw and SmackDown brand divisions. The event is named after the Money in the Bank ladder match, which had originally only taken place at WrestleMania. Beginning in July 2010, the match concept was spun off into its own pay-per-view (PPV) event and stopped occurring at WrestleMania.

Even though WWE Undisputed Heavyweight Champion Roman Reigns will not participate in this weekend's show, we have yet to see some heavy action in the main events with the Men's and Women's Money in the Bank ladder matches, as the stakes are high. The winner of each match secures the briefcase hanging on a hook above the ring, and inside the briefcase is a contract for a championship match of their own choosing. Of course, they could cash it in anyplace, anytime. On the same show, Ronda Rousey defends her SmackDown Women's title against Natalya, and Bianca Belair fights against Carmella to keep her Raw Women's belt.

The thirteenth annual Money in the Bank event will take place on Saturday, July 2, 2022, at the MGM Grand Garden Arena in Paradise, Nevada, on the same day and in the same area as UFC 276 (Las Vegas), so fight fans have reasons to rejoice. The event starts with the kickoff show at 7 pm ET, and the main show begins at 8 pm ET. The card is expected to last around four hours. You will be able to see it on WWE Network and the Peacock streaming platform (the latter will premiere the event at 2 am ET).

Nowadays, you can easily stream your favorite content online with a simple subscription to one of the several live TV and streaming platforms out there that host the desired title. Nonetheless, this stands only as long as you are in your home country because most of these services are geo-restricted abroad or even in some states. If you want to access your services while traveling, you will need to watch WWE Money in the Bank 2022 with a VPN subscription because this tool makes it seem like you are back home and lifts the geo-blockade.

If you don't know what to choose when it comes to VPN services, we recommend you go for ExpressVPN. This is one of the best tools on the market right now, and it's extremely easy to use. Moreover, this VPN can easily lift geo-restrictions for several streaming platforms such as Netflix, Hulu, Peacock, and others, and it offers over 3,000 servers all around the world, fast and stable connections, and strong encryption to protect your data. What's more, you can even try ExpressVPN for 30 days RISK-FREE since there's a no-questions-asked money-back guarantee included.

Besides the risk-free subscription, you can take advantage of a hefty discount right now if you select the annual option on their website when you subscribe to ExpressVPN (49% discount and 3 months FREE). To get started, you will need to create an account, and this only takes a few minutes. Just fill in your details and make the payment, then download and install the tool's native app for your device or system. Once that's done, select a server from a location in your home area and turn on the VPN. Finally, access the streaming service and watch Money in the Bank 2022 online from anywhere after the title becomes available on the platform.

If you live in the US, you will be able to stream Money in the Bank 2022 on NBCU's live TV and streaming platform, so all you need to do is to subscribe to Peacock. There's a Free tier that requires nothing but creating an account, but you will need to choose one of its paid plans since this event won't be made available for free.

The service's limited-ads Peacock Premium tier costs $4.99 per month (or $49.99 per year), and you can also upgrade to the Premium Plus tier for another $5 per month or $50 per year to remove the ads altogether.

If you are an Xfinity, Spectrum, or Cox customer, you can get the Peacock Premium tier for free. Peacock offers native apps for iOS and Android devices, Smart TVs, gaming consoles, and media streaming devices, and you can see the full list of compatible devices here.

The Peacock streaming platform has some geo-restrictions in place since it's not available everywhere, so you won't be able to access it in the countries where it's not launched. If you're traveling away from the US, you can use a capable VPN simultaneously with the streaming platform and set it to a server from a location back home.

For fans living in the UK, the Money in the Bank pre-show will start at midnight, followed by the main show starting at 1 am (July 3). The live show will be available as a WWE pay-per-view (for £14.95) on BT Sport Box Office 2, which is available on BT TV (channel 495), Sky (channel 494), and for Virgin Media subscribers (Live Events in the On-Demand section).

You can also watch Money in the Bank 2022 online on the WWE website for USD 10.99 per month (including tax), converted into local currency (£9.99 monthly).

Do keep in mind most streaming platforms are geo-blocked, so you will need to run a powerful VPN in the background in order to bypass geo-related restrictions while traveling away from the UK. Just select a VPN server from a region back home and turn it on before accessing the streaming service.

For the rest of the world, things are pretty easy as well. WWE fans living in Canada, Australia (kickoff show starts at 9 am AEST), and other countries s will be able to watch Money in the Bank 2022 online on the WWE website for USD 10.99 per month (including tax), converted into local currency for each country. The subscription includes every WWE Premium Live Event at no additional cost and unlimited access to WWE's premium content, and also tons of documentaries, reality shows, original series, and in-ring specials. Plus, you also get replays of your favorite Raw and Friday Night SmackDown episodes, which are available on-demand 30 days after the original airing.

If you find yourself unable to access the platform while traveling due to geo-restrictions related to licensing deals, we recommend you use a trustworthy VPN subscription that can lift the blockades for you. Just select a server from back home for this to work.

The final card as it stands for Saturday night's Las Vegas event is as follows: