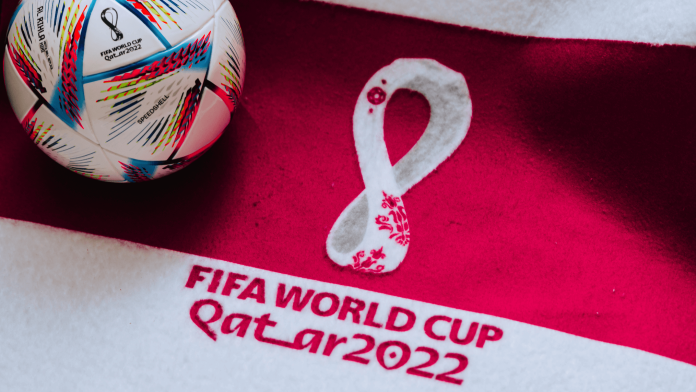 When it comes to streaming on Apple devices, there is only a handful of platforms where you can watch all the World Cup matches for free. BBC iPlayer & ITV Hub are one of the options among them. But the only issue with the streaming platforms like BBC iPlayer is their geo-restrictions, which don’t allow viewers outside their home country to access it.

However, you could easily resolve that by using a World Cup VPN and streaming matches directly on your devices. Keep reading to get along with everything you need to know about watching World Cup on Apple devices.

Here's how to watch World Cup 2022 on iPhone/iPad/ Apple TV with a VPN the simple way:

Note: The streaming apps are only available in their home country. In order to install them on your device, you might have to set your Apple email to that particular country. Check our guide to change apple app store country.

Can you get Free World Cup Live Streams on Apple Devices?

Yes, you can get free World Cup Live Streams on Apple Devices. Some major broadcasting networks like BBC, ITV, Telemundo, and Fox Sports will stream the 2022 FIFA World Cup matches live. The US viewers could also use fuboTV, Sling TV, and YouTube TV to watch the action.

However, there are limited options if you want to watch the matches for free. One, you could use BBC iPlayer or ITV Hub on your device. The other good option is the Australian network called SBS On Demand, which is absolutely free.

All the mentioned streaming services have their apps on App Store that you could download on your iPhone, iPad, and Apple TV.

Here are steps to download the app on your Apple devices:

Yes, you can watch World Cup 2022 in 4K on Apple Devices. If you want to stream matches in 4K you would need a 4K compatible device and a fast internet connection. If you have an Apple 4K TV and a minimum of 25 Mbps, then you certainly needn't worry. But even if you have one of the latest iPhones or iPad, you should be good for free 4K streams from Qatar 2022.

Apart from the hardware and good connection, you would need a network that will stream FIFA World Cup matches in 4K. As of now, there are only three networks that have confirmed the 4K HDR streaming; Fox Sports (United States), BBC(United Kingdom), and JioCinema(India).

You can use their apps on your Apple devices and stream all the action in a pixel-perfect high-definition. This means you can watch Messi and Ronaldo and all your favorite players without a hint of low-res nastiness.

When it comes to 4K, Aussies are in bad luck, with SBS on Demand settling with 1080p World Cup coverage.

Once again, use a VPN to stream FIFA World Cup if you're not in the home country of the streaming network you are using. ExpressVPN is our favorite option due to its speedy performance and risk-free 30-day money-back guarantee.

This is all on how to watch FIFA World Cup 2022 on your Apple devices. If you found this guide helpful, share it with your friends and family. Also, if you have any questions, leave us a comment.