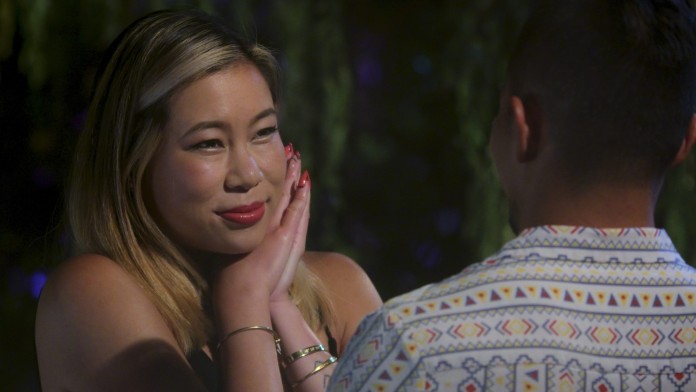 There seems to be a reality dating show on every streaming service these days, and we're here for it! After Hulu's Love Island, Discovery+'s 90 Day Fiancé and Love in the Jungle, Amazon Prime Video is here with an experimental dating show that lets singles reconnect with people from their past and explore their missed connections. We have all the exciting information, including the cast and release date, so let's check out when, where, and how to watch The One That Got Away online from anywhere.

The One That Got Away documents the journey of 6 singles looking for their soulmate as they embark on a unique journey to find love and are reunited with lost connections from their past. Whether it's a former classmate with an unrequited crush or a stranger who gave a helping hand 5 years ago, people from their past stop by to surprise them and try their luck at love. The reality romance series will be hosted by singer-songwriter Betty Who. The contestants are Allyssa, who is passionate about fitness and self-care; Ashley, a healthcare worker; Jeff, an adventurous boy next door with a gay travel blog; Kasey, who recently ended a 7.5-year-relationship; Nigel, a former college basketball player; and Vince, a lawyer and dog dad.

The show is produced by Amazon Studios and Fulwell 73 and executive produced by Elan Gale (The Bachelor franchise), Gabe Turner (The Late Late Show with James Corden), and Caroline Roseman (Ex on the Beach). It is yet another addition to Prime Video's unscripted shows, such as Lizzo's Watch Out For The Big Grrrls.

The One That Got Away will premiere on June 24, 2022, on Prime Video. The reality series will have 10 episodes, and you can stream all of them simultaneously - perfect for a weekend binge!

It's fairly easy to watch your favorite films and shows online nowadays if you're in your home country and have a subscription to a streaming provider that hosts it. Due to geo-restrictions, however, you may find it difficult to access your streaming library while traveling internationally. Thankfully, you can bypass this problem if you use a VPN to watch The One That Got Away online, as it will remove geo-blocks and make it seem you're back home.

If you're open to suggestions, we recommend ExpressVPN since it has thousands of servers worldwide and can successfully unblock most streamers, including Prime Video. It also shields you from security breaches and protects your privacy online with best-in-class encryption protocols. This VPN is beginner-friendly and compatible with many devices, such as phones, tablets, computers, routers, etc. You can also try ExpressVPN for 30 days RISK-FREE, thanks to its no-questions-asked money-back guarantee.

You can easily create an account on its website and subscribe to ExpressVPN (49% Discount + 3 Months FREE). After downloading the native app for your device or system, you can log in through a sign-in link sent to your email address or an activation code. This is when you can pick a server from your home country after turning on the VPN and then access a streamer to watch The One That Got Away online from anywhere.

How to Watch The One That Got Away in the US, the UK, Canada, and Australia

Folks in the US, the UK, Canada, and Australia can watch the reality series on Amazon Prime Video, and it's also important to mention that you can watch it for free if you have a Prime subscription.

There are more than 24,000 movies and 2,100 TV shows available on the streaming giant's extensive library. Subscribers can watch live sports and news on live channels included in the package in addition to on-demand programming. You can customize their plans to fit their needs with add-on channels like Starz, Paramount Plus, Showtime, EPIX, AMC Plus, and Discovery Plus.

A capable VPN will remove geo-restrictions, making it easy for you to watch The One That Got Away while traveling abroad. Just select a server from your home country when you turn on the VPN, and you're good to go.

The One That Got Away Episodes

The One That Got Away Trailer