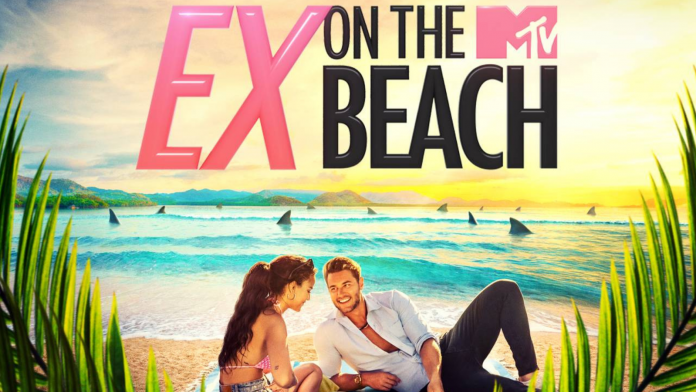 A brand new season of MTV's Ex On The Beach is finally here, and we're excited to see just how crazy things will go this time around. With season 5 set to premiere, it's clear this is a fan favorite across the country. Let's see when, where, and how to watch Ex On The Beach Season 5 online from anywhere.

The show was introduced in 2018 and has since had four seasons, with the last one ending in February 2020. With the pandemic, filming has been difficult in the past two years. Nonetheless, fans of the show can now rejoice as the show returns to the small screens. Ex On The Beach Season 5 starts with ten young singles from various reality TV shows. They go off to live with their ex-partners on the Gran Canaria Island of Spain. We'll see which couples get back together and which ones say goodbye forever by the end of the season.

Enjoying Ex On The Beach's new season online is easy if you have the right tools. If you're traveling abroad, you'll find that most streaming platforms are geo-restricted. You can watch Ex On The Beach Season 5 with a VPN, as the tool will allow you to change your IP address.

If you're uncertain which VPN to get, we recommend ExpressVPN. It is the best on the market today, with thousands of servers worldwide, great connection speeds, and encryption protocols protecting your data. It also works with almost all streaming services, including Netflix and Hulu. Thanks to their money-back guarantee policy, you can try ExpressVPN for 30 days RISK-FREE.

To get started, subscribe to ExpressVPN (49% discount + 3 Months FREE). Create an account, pay for the subscription, and install the app on your device or system. After this, head on to your streamer and have fun watching MTV's Ex On The Beach when it premieres.

Once Ex On The Beach premieres on MTV, you can stream it online. Cutting the cord with your cable provider will save you money, and you get to enjoy content wherever you are, not only at home. One of the cheapest ways to get MTV is via Paramount Plus, a service that costs $4.99 per month and features content from CBS, BET, Comedy Central, Nickelodeon, MTV, and Smithsonian Channel.

How to watch Ex On The Beach Season 5 without cable:

MTV is part of quite a few live TV services, including Sling TV. This particular service comes with three bundles to choose from, with their prices starting from $25 for the first month (and $35 per month after that). On top of these, you can add many channel packs, premium networks, and features. You'll certainly need to get Comedy Extra, which costs $6 per month with the Orange or Blue bundle.

Hulu + Live TV is another fabulous option if you want to cut the cord. For $69.99 per month, you can watch over 75 channels, including MTV. There are plenty of perks available, and you can add a few premium channels if you'd so desire.

fuboTV is a great service that features dozens of channels you can watch. They offer two basic plans, both with over 115 channels, including MTV - so choose whichever is suitable for you. fuboTV Pro costs $69.99 per month, while Elite costs $79.99 per month. There are also extra channel packs, premium networks, and more features that can be added.

Philo is a simple service with over 60 channels that costs a mere $25 per month. Thankfully, that list includes MTV, so you can watch Ex On The Beach no matter where you are.

If you want, MTV is also present on YouTube TV, so you should consider it. For $54.99 per month for the first three months ($64.99 per month after that), YouTube TV provides access to over 85 channels and some fabulous perks.

DirecTV Stream is another option. This service features four different bundles, with prices starting at $69.99. All the bundles feature MTV, so you can choose whichever one you like best. Either way, you'll get a lot of content to enjoy while waiting for the next episode of Ex On The Beach.

Regardless of which service you choose, you may need to use a trustworthy VPN if you're traveling outside the US. This tool will help you remove all geo-restrictions; all you need to do is pick a US server when you turn on the VPN.

Canadians can watch the show on CTV, CTV.ca, and the CTV app by logging in with their cable provider credentials.

If you leave the country, you will have to use a capable VPN to regain access to the content because most streamers are geo-blocked. Remember to select a server from home when you turn on the VPN. After that, you can easily watch Ex On The Beach Season 5 when it airs.

Can You Watch Ex On The Beach Season 5 in the UK?

While MTV is available in the UK, we have not been able to spot the new season of Ex On The Beach here. However, the show can appear on schedule in the next few weeks. Therefore, we recommend you recheck the schedule after March 31 if Ex On The Beach Season 5 shows up.