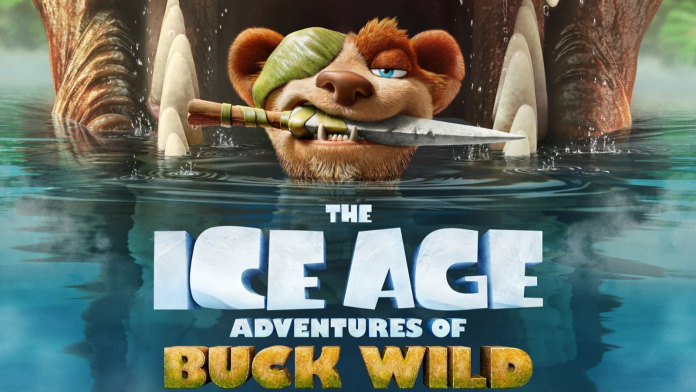 Ice Age fans are about to be treated with a new installment of the beloved movie franchise, this time focusing on Buck Wild. Of course, that doesn't mean this is the only character we'll see, as The Ice Age Adventures of Buck Wild is going to be another funny animated movie that both kids and adults enjoy. Recently, Disney announced that the new Ice Age movie would premiere on the platform soon, so let's see how to watch The Ice Age Adventures of Buck Wild on Disney Plus.

Disney's streaming platform has a lot of content slated for this year, and some titles are already in the library, while others are pending landing. However, if you want to access this title in the streaming service's library, you will need to subscribe to Disney Plus first.

If you'd like to catch up with the previous movies, you can find all of them in the Disney Plus library. However, check your Disney Plus service for content availability since not all titles are available in every country.

You The Ice Age Adventures of Buck Wild premieres on Disney Plus on Friday, January 28, 2022. More exactly, the new titles usually become available to stream at midnight PT (12:01 AM PT / 03:01 AM EST), so they will be there when you wake up.

Where to Watch The Ice Age Adventures of Buck Wild?

This movie is one of the wonderful Disney Plus originals, which means it's exclusive to Disney Plus. So, you can only watch The Ice Age Adventures of Buck Wild on Disney Plus. For that, you need to be a customer - you can subscribe to Disney Plus, or you can save 25% if you decide to take advantage of the current deal and go for the Disney Plus, ESPN Plus, and Hulu bundle.

What Is The Ice Age Adventures of Buck Wild About?

The Ice Age Adventures of Buck Wild continues the hilarious prehistoric escapades of the sub-zero characters as they create more racket. The possum brothers Crash and Eddie need a little thrill and adventure in their quest to gain a little independence, so they set out to find a place of their own.

Things do not go as planned, as they soon fall beneath the ice to the Lost World find themselves trapped in a massive cave where dinosaurs live. You know, the same one we were introduced to in the 2009 Ice Age: Dawn of the Dinosaurs. But not only do dinosaurs live there, but they also meet the adventure-loving weasel Buck Wild, who the possums call "their hero." So Buck Wild, Crash, and Eddie, together with some new friends they make along the way, embark on a mission to save the Lost World and stop dinosaurs from overtaking the land.

When it comes to the main characters of the story behind The Ice Age Adventures of Buck Wild, Simon Pegg returns as the voice of the one-eyed weasel, and the two of the crazy possum brothers Crash and Eddie are voiced by Seann William Scott and Josh Peck, respectively. Besides these characters, we'll also see John Leguizamo return as the voice of the world's favorite sloth Sid, Ray Romano as Manny, Denis Leary as the voice of Diego, and Queen Latifah voicing Ellie.

Disney released a trailer for this new Ice Age movie, where Crash and Eddie fall back to the Lost World. There, they meet your favorite one-eyed, dinosaur-hunting weasel - Buck Wild. This is where Manny, Sid, and Ellie venture after them in order to save them. As Manny well said - "If we don't find them, I'll kill them!"