How to Watch Sesame Street Season 53 Online from Anywhere 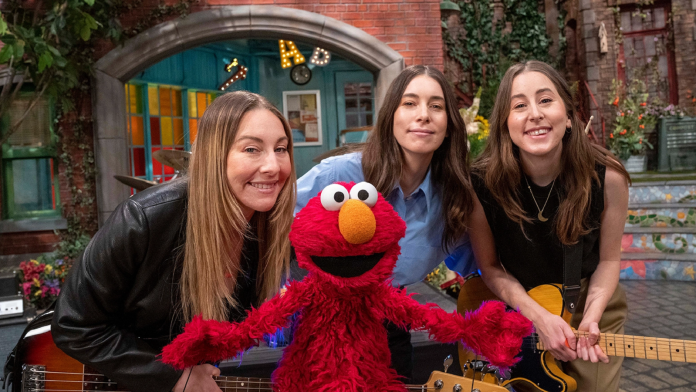 Join the world of Elmo and the Muppets with a new season that is set to premiere very soon by streaming all the episodes online, even on the go or while traveling abroad. We have all the important details you may be looking for, including the premiere date, episode release schedule, cast, plot, and other useful information, so let's see when, where, and how to watch Sesame Street Season 53 online from anywhere.

This season focuses on racial justice, expanding on last season's curriculum, and also introduces Ji-Young to the main cast, who'd previously been seen in a 2021 special. Executive Producer Kay Wilson Stallings expressed plans to film more content on location and at home. Season 53 is focused on helping children develop healthy self-identity and a sense of belonging, the nonprofit said, to celebrate diversity. The season's goal is to increase children's confidence in who they are and allow them to find joy in connection. Guests throughout the season will include Mickey Guyton in the premiere episode, first lady Jill Biden (December 1), Samuel L. Jackson (December 15), Ted Lasso‘s Brett Goldstein (January 12), Ava DuVernay (February 16), the Haim sisters (May 11), and more.

Sesame Street is a production of Sesame Workshop, a nonprofit educational organization. The Workshop produces Sesame Street programs, seen in over 150 countries, and other acclaimed shows, including The Electric Company. Beyond television, the Workshop produces content for multiple media platforms on a wide range of issues, including literacy and numeracy, emotional well-being, health and wellness, and respect and understanding.

Where to Watch Sesame Street Season 53

Sesame Street’s Season 53 premiered on November 3, 2022, on the HBO Max streaming platform and HBO Max's Cartoonito, the preschool block on Cartoon Network. The season has 35 episodes dropping every other Thursday. Next fall, the season will stream on PBS Kids.

How to Watch Sesame Street Season 53 Online from Anywhere

The many live TV and streaming services available in your home country nowadays make it super easy to stream your favorite movies and series online, but almost all of them are geo-blocked abroad and in some states within the borders. If you lose access when traveling, the easiest solution to unblock these platforms is to use a VPN subscription to watch Sesame Street Season 53 online since VPNs make it seem like you are back home by letting you change your IP address.

ExpressVPN easily unblocks several streaming platforms, including HBO Max, Hulu, Netflix, and Amazon Prime Video, and it's one of the most popular VPNs on the market right now, with millions of subscribers. Besides fast and stable connections routed via thousands of servers placed in almost 100 countries all around the world, this tool has strong encryption, stable connections, no activity or connection logs, and no bandwidth caps. Plus, you can try ExpressVPN for 30 days RISK-FREE thanks to its no-questions-asked money-back guarantee.

To get started, create an account on the company's website, which only takes a few minutes. If you go for the annual plan, you will also get your hands on a considerable discount when you subscribe to ExpressVPN (49% discount and 3 months FREE). Fill in your details and see the payment through, then download and install the app your device or system requires. After the installation is complete, launch the VPN app and run it using a server from an area back home. Lastly, load the streaming platform to watch Sesame Street Season 53 online from anywhere.

You will be able to see Sesame Street Season 53 on TV when it airs, but also stream it on the HBO Max platform on its own or as an add-on that comes with some live TV and streaming services. Let's see what options you have right now.

Sesame Street Season 53 is featured on the HBO Max streaming platform. You can just log in with your TV provider credentials if you already have HBO, or you can subscribe to the service via the website or app or via Apple, Google Play, and Roku. There's an ad-supported tier that costs $9.99 a month and an ad-free tier that will set you back $14.99 per month or $149.99 per year.

You have a few alternatives if you live in the US, and those are the third-party streaming services that let you select HBO Max as a premium add-on.

HBO Max is also available as a premium add-on when you subscribe to the YouTube TV streaming platform, and it costs an extra $14.99 per month with a 7-day free trial. The service offers a 14-day free trial for new customers and has a single pack that costs $54.99 a month for your first three months, then it's $64.99 a month.

You get an HBO Max 3-month free trial for the HBO Max Premium add-on network via the DirecTV Stream subscription, which comes with its own 5-day free trial. The add-on costs $14.99 per month with this live TV and streaming platform, and plan prices begin at $69.99 per month.

You may bump into geo-restrictions if you're traveling away from the US since all streaming services have these. To unblock them, run a capable VPN in the background set to a server from back home.

How to Watch Sesame Street Season 53 in Canada

If you live in Canada, you will be happy to know that Sesame Street is featured on the Crave streaming platform, but we have no official premiere date for Season 53. This service offers HBO Max, HBO, and also Starz, and Showtime are included in the subscription price of $19.99 a month, and you get a 7-day free trial if you're new to the service.

This service is geo-restricted abroad, so you will need to lean on a safe and powerful VPN tool if you're traveling away from Canada when the episodes land. Just pick a server from back home and turn it on before accessing the streaming platform.

How to Watch Sesame Street Season 53 in the UK

If you live in the United Kingdom, you probably know by now that Sky TV hosts tons of HBO content, and you will find Sesame Street Season 53 on Sky and Sky's NOW streaming service soon. The subscription prices start at £9.99 per month for the NOW platform, and there's a 7-day free trial for all new customers.

You will not be able to access these streaming services while traveling since they are geo-restricted, so you will need to rely on a trustworthy VPN while abroad and run it using a VPN server from a region back home.

How to Watch Sesame Street Season 53 in Australia

If you live in Australia, know that ABC Kids will air Sesame Street Season 53 starting November 3, 2022. You will also be able to stream the episodes via Freeview, where you can watch content for free by logging in with a free ABC account's credentials.

These services are only available in Australia, so you will need to use a powerful VPN app to lift the geo-blockades while traveling abroad. Just select a server close to your home area and switch it on for this to work.