How to Watch S.W.A.T. Season 6 Online from Anywhere 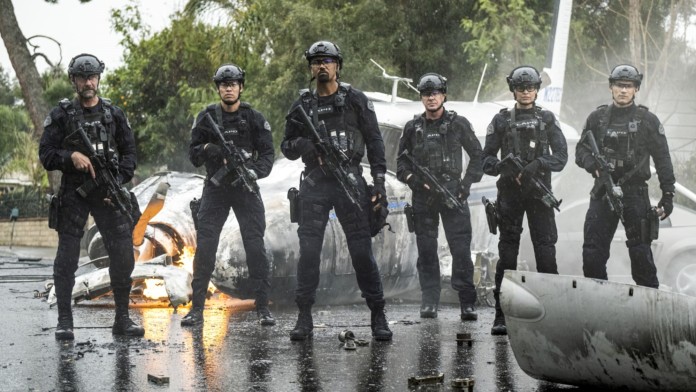 Hondo and the team are back in a new special season that starts off in Thailand. Season 6 will debut soon, and you will be able to stream it online just like you do with all your favorite content, even on the go or while traveling abroad. Keep reading to find out the premiere date, cast, plot, and episode release schedule. This being said, let's see when, where, and how to watch SWAT Season 6 online from anywhere.

S.W.A.T. is an American action drama television series based on the 1975 same-name TV show, created by Robert Hamner and developed by Rick Husky. Aaron Rahsaan Thomas and Shawn Ryan developed the new series, which is produced by Original Film, CBS Studios, and Sony Pictures Television. In the new season's Episode 1, during a trip to Bangkok to train alongside Thailand's premiere S.W.A.T. team, Hondo and his former military buddy stumble upon a wide-ranging heroin operation with ties to Los Angeles and find themselves on the run from a powerful drug kingpin.

When and Where to Watch SWAT Season 6

SWAT Season 6 premiered on Friday, October 7, 2022, on the CBS network at 8 pm ET. We expect this season to have around 21 episodes, and we will get one new episode a week every other Friday at the same hour.

How to Watch SWAT Season 6 Online from Anywhere

These days, it's pretty easy to watch any movie or series online if you subscribe to one of the many live TV and streaming services in your home country. However, almost all these streaming platforms have geo-restrictions in place abroad and in some territories, and you may not be able to access your library when you travel. This is why we recommend you watch SWAT Season 6 online with a VPN subscription since this tool changes your IP address to make it appear like you are back home.

ExpressVPN is extremely easy to use and efficiently unblocks the most popular streaming platforms, such as Paramount Plus, Netflix, Hulu, Sling TV, and several others. It has thousands of servers located in almost 100 countries all around the world, fast and stable connections, and strong encryption protocols to protect your data online, and there's even a no-questions-asked money-back guarantee included that lets you try ExpressVPN for 30 days RISK-FREE before you decide to keep it.

You will also get an appealing discount if you select the annual plan upon creating your account when subscribing to ExpressVPN (49% discount and 3 months FREE) on their website. To get started, fill in your details and pay, then download and install the native app for your device or system. To lift geo-restrictions, launch the VPN, select a server located back home, and turn on the app. Finally, access the streaming service to watch SWAT Season 6 online from anywhere.

SWAT Season 6 airs on CBS, and you can live stream CBS online using some live TV and streaming services if you live in the US. Let's see what your options are at the moment.

The fuboTV streaming service has tons of sports networks and also a reasonable amount of entertainment channels, and you will find CBS in all its plans. Subscription prices start at $69.99 a month, and there's also a 7-day free trial on fuboTV for new customers.

The Hulu + Live TV platform includes CBS in select markets. You get the popular On-Demand library and the Live TV service with its single plan that starts at $69.99 a month, but you will also get Disney Plus and ESPN Plus for free as a bundle deal at the moment.

The YouTube TV  service has CBS in its single plan for $54.99 a month for the first 3 months and $64.99 per month thereafter with a 5-day free trial. CBS is also featured in all plans on DirecTV Stream, where prices start at $69.99 per month, and Showtime, Staz, Epix, and Cinemax are included for free for 3 months.

You can also stream SWAT episodes live on the CBS website and on-demand the next day on the CBS app by logging in with your account credentials or your TV provider credentials at no cost.

If you are traveling away from the US, geo-restrictions may block your access unless you turn to a safe and trustworthy VPN set to a server from a home location. Just switch on the app before loading the live TV and streaming service you used back home for this to work.

How to Watch SWAT Season 6 Online in Canada

SWAT Season 6 will air at the same time as in the US and will be available to stream the next day via Global TV in Canada. In order to watch, you'll need to sign in with your TV provider credentials. It will also be available on STACKTV, which you can add to your Amazon Prime Video subscription as a Prime channel for $12.99 a month on top of the CA $9.99 per month Prime membership, and you get a 30-day free trial for both platforms.

Just remember that you may face geo-restrictions when trying to access these streaming services abroad. If you plan to travel when the episodes land and cannot access them, we recommend you use a powerful VPN to lift the blockades.

How to Watch SWAT Season 6 Online in the UK

Fans living in the UK probably already know that the first SWAT seasons aired via Sky, and Season 6 will land on Sky Max soon. You can get Sky starting at £26 per month, and the episodes will also be available to watch on-demand on Sky's NOW streaming platform, where prices start at £9.99 per month, with a 7-day free trial available for all new customers.

Streaming services are geo-restricted, so you will need to get a good VPN to watch the series while traveling away from the UK. You just need to select a server from back home and turn on the tool before accessing the streaming platform.

How to Watch SWAT Season 6 Online in Australia

In Australia, Seasons 1 to 4 are available via Netflix, but the latest season is expected to become available to stream via the Paramount Plus streaming platform sometime in the future. You will get a 7-day free trial if you're new to the service, and then you will be charged AU $8.99 per month for the subscription.

If you do find it here, keep in mind that this service's geo-restrictions may apply while traveling abroad. This means you need to have a VPN subscription standing by in order to watch SWAT online outside Australia, and all you need is to use a server from back home for this to work.