How to Watch Queen Sugar Season 7 Online From Anywhere 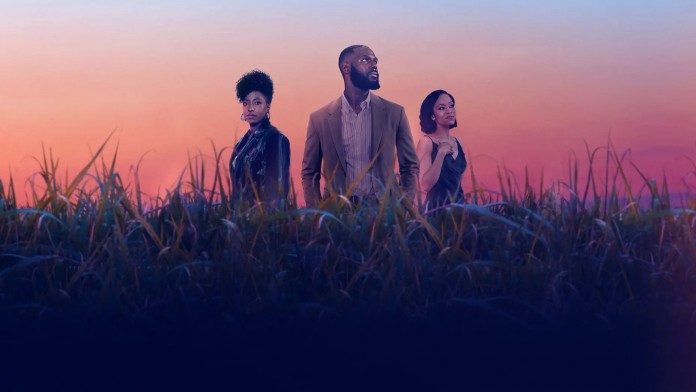 The Ava DuVernay show is returning for its seventh and final season, and it is a bittersweet moment for all fans of the drama that depicted family dynamics and Black culture so well. We have everything you need to know, including the release date, plot, and cast, so keep reading to find out where, when, and how to watch Queen Sugar Season 7 online from anywhere.

Based on the book of the same name by Natalie Baszile, Queen Sugar is the story of the Bordelon siblings who came together to maintain their family land (sugarcane farm) in Louisiana at the beginning of the debut season. The show is famous for focusing on topical and relevant issues like racism, police brutality, COVID-19, sexuality, and misogyny, as well as generational wealth and ownership within the Black community, and for having several all-women directors, many of whom made their debut with the show. The sixth season ended with Darla going into labor with her second child, and season 7 will pick up where they left off and probably feature Ralph Angel and Darla moving in, Charley and Davis' rekindled romance, Nova's developing relationship with her neighbor, Micah experimenting with his sexuality, and more of Aunt Vi and Hollywood keeping the family together.

How to Watch Queen Sugar Season 7 Online From Anywhere

You may easily watch your preferred TV shows and movies online if you are in your native country and have a membership to a live TV or streaming service that offers the content. However, geo-restrictions will prevent you from accessing your streaming library if you're traveling outside of the country. By using a VPN to watch Queen Sugar Season 7 online, you may get around this issue since it will alter your IP address to make it appear as though you are at home.

Searching for the ideal VPN for your needs? ExpressVPN has thousands of servers throughout the world and offers quick and reliable connections, and we suggest using it since it can unblock the majority of streaming services. Furthermore, it uses top-notch encryption mechanisms to safeguard your data and privacy online. Thanks to its no-questions-asked money-back guarantee, you can even try ExpressVPN for 30 days RISK-FREE.

On their website, you may quickly subscribe to ExpressVPN (49% discount and 3 Months FREE). Proceed to download the native app for your device or operating system and log in using a sign-in link supplied to your email address or an activation code. When you start the VPN, select a server in your home country to watch Queen Sugar Season 7 online from anywhere.

Since it is an OWN Original series, you can watch the title on several live TV streaming services that carry the network. Take a look.

The first choice is fuboTV; you may use this service to view the title since it has more than 100 channels, including OWN. Plans start at $69.99 a month, and fuboTV also offers a 7-day free trial.

Viewers can also watch Queen Sugar on Hulu + Live TV as it carries 75+ live TV channels, including OWN. You can get Hulu + Live TV, now with Disney+ and ESPN+, for $69.99 per month as part of a special deal.

If you're looking for an economical option, you can check out Philo because it carries 60+ channels, including OWN. You can get a subscription to this service for $25 monthly after a 7-day free trial.

Lastly, you can stream Queen Sugar on Hulu - the platform provides a tier with advertisements for $6.99 per month and one without for $12.99. And if you don't want to use the standalone service, you may choose the Disney bundle, which includes Disney Plus, ESPN Plus, and Hulu, for a low price. You must pay $19.99 per month for Hulu's ad-free plan if you want to watch the Disney Bundle with it. The Disney Bundle with the ad-supported Hulu plan costs $13.99 per month.

Most streamers are geo-restricted owing to licensing agreements, so you can use a reliable VPN to remove all blockades if you're traveling abroad. Pick a US server when you turn on the VPN, and then access a streamer to watch Queen Sugar Season 7 on the go.

Can I Watch Queen Sugar Season 7 in the UK, Canada, and Australia?

As of yet, there is no official announcement about the release date of the final season in the UK, Canada, or Australia. Sorry!