How to Watch Prey Online From Anywhere: Stream the Predator Spin-Off Movie 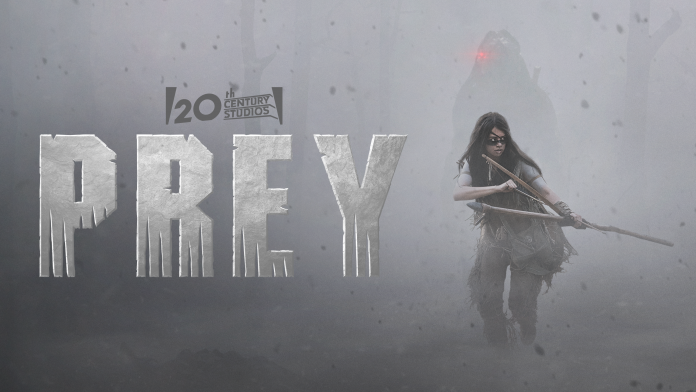 Predator fans, the wait is over! The new spin-off movie will soon premiere, and we will be able to stream it online easily, just like we do with all of our favorite content these days. We have all the details you may need, including the release date, cast, plot, and the streaming service that has it, so let's see where, when, and how to watch Prey online from anywhere in the world.

The new science fiction action film is based on the Predator franchise by Jim Thomas and John Thomas, and it is the fifth installment in the franchise and a prequel to the first four films, serving as an origin story for the main villains. The all-new entry in the Predator franchise is set 300 years ago and tells the story of a young Comanche woman called Naru. She's a fierce and highly skilled warrior who has been raised in the shadow of some of the most legendary hunters who roam the Great Plains. When danger threatens her camp, she sets out to protect her people. The prey she stalks and ultimately confronts turns out to be a highly evolved alien predator with a technically advanced arsenal, resulting in a vicious and terrifying showdown between the two adversaries.

The movie stars Amber MidthunderDakota Beavers, Michelle Thrush, Stormee Kipp, and Julian Black Antelope, and it is directed by Dan Trachtenberg and written by Patrick Aison.

Development of the film began during the production of 2018's The Predator when Trachtenberg and Aison approached producer John Davis with a concept that they had been developing since 2016. Prey premiered at the San Diego Comic-Con on July 21, 2022. This installment is making history as the first film dubbed in Comanche, and the first time a film has premiered in a Native language alongside the English version.

The 20th Century Studios Prey production will premiere on Friday, August 5, 2022, and it is coming to the Hulu streaming service. New content usually lands on streaming platforms right after midnight PT (3:01 am ET), so you will be able to watch it when you wake up.

How to Watch Prey Online From Anywhere

Watching your favorite movies and series online in your home country is super easy to do nowadays, thanks to the many live TV and streaming services available. However, these platforms are geo-restricted due to licensing deals and block your access while abroad or even in some territories within borders. If you're traveling when the title premieres, you will need to use a VPN subscription to watch Prey online since VPN lifts geo-blockades by changing your IP address and making it seem like you are back home.

We recommend you take advantage of this tool's generous no-questions-asked 30-day money-back guarantee and try ExpressVPN for 30 days RISK-FREE. This is one of the best tools on the market right now, with fast and stable connections, no bandwidth limits, and strong encryption protocols to protect your data online. The best thing is that it can unblock a lot of popular streaming services in a blink of an eye, including Hulu, Netflix, Disney Plus, and several more. Moreover, ExpressVPN is extremely easy to employ, even for the less tech-savvy users.

Another great thing is that you can also get a noteworthy discount right now if you select the annual plan when you subscribe to ExpressVPN (49% discount & 3 months FREE) on the company's website. It only takes a couple of minutes to create an account, so fill in the requested details, see the payment through, then download the native app for your device or system. Once the installation process is complete, open your VPN app and switch it on after you select a server from a territory back home. Finally, load the streaming service of choice to watch Prey online from anywhere after the premiere.

How to Watch Prey Online in the US

If you live in the United States, you will be able to watch the Prey spin-off movie online quite easily since this is a Hulu original title, and this means you will need to subscribe to the Hulu On-Demand service to watch Prey online. To get started, you just need to fill in your details to create an account on the platform and then select one of the two base plans available.

The subscription prices start at $6.99 per month or $69.99 per year with the ad-supported Hulu plan. If you want to remove the ads completely, select the commercial-free Hulu plan, which is $12.99 per month. Usually, both of these options come with a hefty 30-day free trial on Hulu, so you have plenty of time to try the service.

There's another option to watch Prey online besides the standalone service if you live in the United States - you can get The Disney Bundle, which has three streaming platforms, for a discounted price. This offer gets you Disney Plus, ESPN Plus, and Hulu with or without ads, and you save 25% through this bundle compared to the monthly cost of subscribing to these three services separately. If this deal sounds like it was made for your needs, know that you can choose between two subscription options: The Disney Bundle with the ad-supported Hulu plan is $13.99 per month, while with the Hulu (No Ads) plan, it is $19.99 per month.

Hulu includes thousands of hit shows, movies, and more, and for an additional monthly fee, you can also customize by selecting Premium or Partner add-ons such as HBO Max, Showtime, STARZ, and others.

All these services we mentioned above are geo-restricted in some territories, so you may lose your access while traveling. If this happens to you, just run a trustworthy VPN in the background before accessing the streaming platform to bypass this issue. More details in the previous segment.

How to Watch Prey Online in the UK, Canada, and Australia

If you run into geo-restrictions while traveling abroad, you will still be able to watch Prey online using a good VPN set to a server from back home. In order for this to work, you just need to turn on the VPN before loading the streaming service.