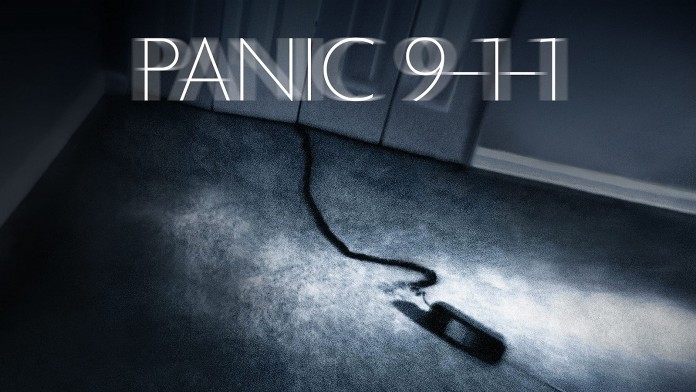 Panic 9-1-1 features the real, urgent, unrehearsed 911 audio between emergency dispatchers and frantic callers as life and death situations unfold around them. The first two seasons aired between 2012 and 2013, but Season 3 is set to premiere this month, and you will be able to watch the episodes online quite easily. We have all the information you may need, including the release date and the streaming platforms that host it, so let's see when, where, and how to watch Panic 9-1-1 online from anywhere in the world.

This one-hour program features real audio recordings between a 911 dispatch operator and a victim who is in imminent danger and has called 911 for police assistance. This show is an innovative series featuring dramatic 911 calls as they play out in “real-time”. Three calls per episode deliver nail-biting tension, bone-chilling dread, courage, and heroism while capturing raw and inspiring tales of humanity. First-person interviews, graphics, and recreations further help bring the calls to life.

The first episode of the latest season has three stories as well - one is of a woman who fights for her life when her estranged husband starts shooting at her through the front door, the second tells us the brakes on a young mother’s vehicle suddenly stop working on a busy highway, and the third follows a family who returns home from vacation to hear a frightening sound coming from the woods.

In episode 2, we see the story of a middle-aged woman who holds an Ohio fast-food restaurant manager hostage. In Florida, it's a race against time as first responders scramble to locate a young woman who flipped her car into a dark, flooded ditch before she drowns. Episode 3's synopsis says a young woman hides in a closet as an intruder enters her home, two women become trapped in their apartment's breezeway by a wall of flames, and a woman and her daughter try to fight off an erratic carjacker.

The show is produced by A&E, which has some high-quality, thought-provoking original programming with a unique point of view. Whether it's the network's distinctive brand of award-winning disruptive reality or groundbreaking documentary, A&E makes entertainment an art form.

Panic 9-1-1 Season 3 will premiere on Saturday, June 25, 2022. You will be able to watch the first episode of the new series on the A&E network at 10 pm ET. The exact number of episodes was not confirmed, but the previous season had six episodes. However, we expect to have one episode per week with a length of 45 minutes each.

You can watch your favorite content online quite easily as long as you get a subscription to a live TV streaming service that offers A&E or its shows. However, almost all of these platforms are geo-blocked if you are traveling abroad or even just to some other state due to licensing deals. VPNs can change your virtual location, making it seem you are back home, so we recommend you watch Panic 9-1-1 Season 3 online using a VPN subscription that can easily lift geo-blockades if you find yourself unable to access your subscriptions.

If you need a recommendation, ExpressVPN is the top-rated VPN at the moment, with millions of subscribers, thousands of servers in almost 100 countries worldwide, strong encryption protocols, and great connection speed. The best thing is that you can try ExpressVPN for 30-days RISK-FREE thanks to its no-questions-asked 30-day money-back guarantee and ask for a refund if you find it doesn't suit you. It's also extremely easy to use and supports iOS, Android, Roku, Apple TV, Fire TV Stick, PlayStation, Xbox, and many more.

To get started and also enjoy a generous offer, subscribe to ExpressVPN (49% discount & 3 months FREE) on their website and select the annual plan. It only takes a couple of minutes to create your account, so fill in your details, pay, and download and install the native app for your device or system. Once that's done, open it, select a server from back home where there are no geo-restrictions, and turn on the VPN app. The last step is to access the streaming platform of choice before the episodes air to watch Panic 9-1-1 Season 3 online from anywhere.

Since A&E hosts this show, it means you will also be able to stream its episodes by watching A&E through one of the several live TV and streaming services that have it in their offering. Let's see what are your options right now.

You can stream the A&E network online quite easily by subscribing to the Hulu + Live TV streaming service since it is available in its offering. Prices start at $69.99 per month, and you will also get the Disney Plys and ESPN Plus streaming platforms for free thanks to a very attractive deal.

The A&E network is also on the Sling TV streaming platform's channel list, and it's available in all its three plans. Prices start at $35 per month, and you can customize your subscription with tons of add-ons and extras. There's also a special promotion right now that offers $10 off your first month on Sling TV.

Another great option with an attractive price is the Philo live TV and streaming platform. The subscription price is $25 per month, and it includes over 60 live channels and more than 50,000 titles on-demand, and A&E is included in the offering. Philo offers a 7-day free trial if you are a new customer.

You will also be able to stream A&E live on the network's website or the A&E app for no additional cost, but it's mandatory that you log in with your cable TV provider's credentials in order to get access to the live stream. You can also see the episodes on-demand.

As we mentioned before, all streaming services are geo-restricted abroad due to licensing deals. This means you won't be able to access any of the platforms above while traveling away from the US or even to some other states unless you use a powerful VPN set to a server from back home simultaneously with the streaming platform of choice.

How to Watch Panic 9-1-1 Season 3 Online in the UK, Canada, and Australia

At the moment, no streamer announced holding the licensing rights to broadcast this show in Canada, the UK, and Australia. However, you can still watch A&E using a VPN subscription. You can find more details in our dedicated article on how to watch A&E from outside the United States.