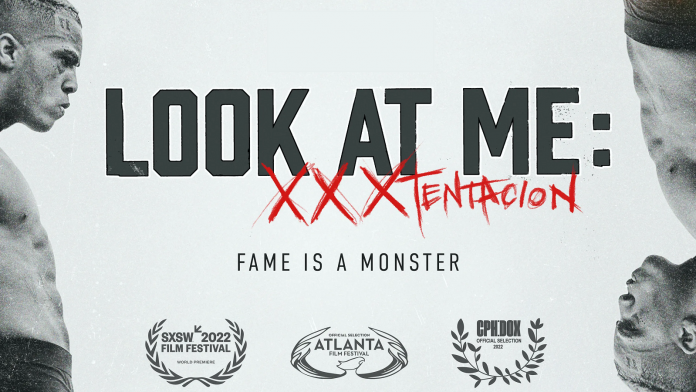 Look At Me: XXXTENTACION is an upcoming documentary detailing the late artist's monumental come-up and tragic death. We have all the information regarding this title, including the release date, and the best part is that you will be able to watch it all online quite easily. This being said, let's see when, where, and how to watch Look At Me: XXXTENTACION online from anywhere in the world.

This documentary takes a look inside a gifted young rapper's tumultuous coming-of-age and brings never-before-seen footage, as XXXTentacion's inner circle speaks out for the first time. Look at Me: XXXTentacion explores how Florida teenager Jahseh Onfroy became SoundCloud rapper XXXTentacion, one of the most streamed artists on the planet. Through frank commentary from family, friends, and romantic partners, and unseen archival footage, director Sabaah Folayan offers a sensitive portrayal of an artist whose acts of violence, raw musical talent, and open struggles with mental health left an indelible mark on his generation before his death at the age of 20.

Although he was close to achieving tremendous success in the music industry, he was and remains one of the most controversial figures of his genre. At the time of his death, he had pleaded not guilty to allegations of domestic battery by strangulation, witness-tampering, and aggravated battery of a pregnant woman.

Look At Me: XXXTENTACION will premiere on Thursday, May 26, 2022, and you will be able to watch it on the Hulu streaming service. This title will become available on the platform after midnight PT (03:01 am ET), as it usually happens with new content on streaming services.

How to Watch Look At Me: XXXTENTACION Online From Anywhere

As long as you are in your country, you can stream your favorite content through the service that hosts the title. Things change if you travel since almost all the streaming platforms are geo-blocked abroad and in some territories. So if you find yourself unable to access this title when you are traveling, you will need to watch Look At Me: XXXTENTACION using a VPN subscription. VPNs lift the geo-restrictions by changing your IP address, making it appear like you are back home.

We recommend you turn to ExpressVPN if you want to easily unblock several streaming platforms, such as Hulu, Netflix, and others since it is one of the best tools on the market right now. It's extremely popular and easy to use, it has thousands of servers placed in almost 100 countries all around the world, fast and stable connections, and strong encryption protocols to protect your data. There's a no-questions-asked money-back guarantee included, so you can try ExpressVPN for 30 days RISK-FREE and test these features.

You will need to create an account to get started, and this will only take a few minutes of your time. You will also get a nice discount when you subscribe to ExpressVPN (49% discount & 3 months FREE) and select the annual plan. So go ahead and fill in your details on their website, then pay. After you download and install the app suited for your device or system, open it, select a server in a location from back home, and turn on the VPN. Now you're all set, so the only thing left is to access the streaming platform to watch Look At Me: XXXTENTACION online from anywhere.

How to Watch Look At Me: XXXTENTACION Online in the US

Since this title is a Hulu original series, the best and easiest thing you can do is subscribe to the Hulu On-Demand service and access Shoresy from the library. You just need to fill in your details to create an account on the platform and then select one of the two base plans available: the ad-supported Hulu plan is $6.99 per month or $69.99 per year, and the commercial-free Hulu plan costs $12.99 per month, and both of these plans have a generous 30-day free trial on Hulu.

However, there's a special promotion running for a limited time right now that offers the ad-supported plan at $1 per month for the first three months and takes the free trial off the table.

Hulu includes thousands of hit shows, movies, and more, and you can also customize by selecting Premium or Partner Add-ons such as HBO Max, Showtime, STARZ, and others, for an additional monthly fee.

There's another option besides the standalone service for the United States customers, who have a pretty sweet deal on offer right now: The Disney Bundle offers three services, and you can get Disney Plus, ESPN Plus, and Hulu with or without ads at a discounted price. The Disney Bundle with the ad-supported Hulu plan for $13.99 per month, and the Hulu (No Ads) plan for $19.99 per month, and you save 25% if you subscribe to this bundle compared to the monthly cost of subscribing to these three services separately.

If you're traveling away from the US, know that almost all of the live TV and streaming services have geo-restrictions in place, and that means you won't be able to access them in some territories and while traveling abroad. You can bypass their blockade and watch Look At Me: XXXTENTACION using a capable VPN. Don't forget to pick a server from a location back home and turn on the VPN app before opening the streaming service. More details are in the segment above.

Can I Watch Look At Me: XXXTENTACION Online in the UK, Canada, and Australia?

Even though most of the Hulu content is distributed internationally through the Star branch of the Disney Plus service, this title won't fall in the same category. Unfortunately, we have no news on any provider having the broadcast rights for this title in the UK, Canada, or Australia.

Look At Me: XXXTENTACION Official Trailer