How to Watch Law & Order Season 22 Online From Anywhere 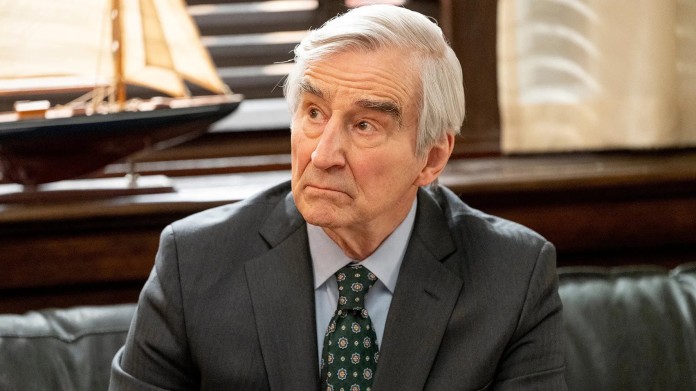 The twenty-second season of the police procedural drama series will premiere soon, and you will be able to stream all the episodes online, even on the go or while traveling, so keep reading to find out the name of the streaming platform that has it, the premiere date, cast, plot, and episode release schedule. This being said, let's see when, where, and how to watch Law & Order Season 22 online from anywhere.

Fans of NBC’s Law & Order franchise will be in for a treat this Thursday, as three seasons kickstart on the same day in an epic crossover. Titled Gimme Shelter, the story begins with the murder of a young girl. During their investigation of the shooting, Law & Order detectives Frank Cosgrove and Jalen Shaw quickly discover that this isn’t a typical homicide. Former SVU partners Capt. Olivia Benson and Det. Elliot Stabler (who now stars in Organized Crime) are called in to help with the investigation. The evidence they uncover leads to the involvement of Law & Order DA Jack McCoy and ADA Nolan Price, who have been seeking justice against an international crime ring that may be connected to this case.

In Episode 2, a deadly subway shooting has Cosgrove and Shaw racing to find the culprit before another attack is orchestrated; Price and Maroun struggle to put their ethical principles aside when the U.S. Attorney's office pushes for the death penalty in the case.

Law & Order Season 22 premieres on Thursday, September 22, 2022, and you will be able to stream the first episode at 8 pm ET on NBC as part of a historic three-hour event that will serve as the season premiere for all three series, which continues with SVU at 9 pm ET and is followed by Organized Crime at 10 pm ET. The latest episodes will also be available to watch on-demand on the Peacock streaming platform.

How to Watch Law & Order Season 22 Online From Anywhere

A subscription to one of the many live TV and streaming services available in your home country nowadays is the only thing you need to easily stream your favorite titles online, but these platforms are geo-restricted abroad or even in some other states due to licensing deals. You can bypass this blockade while traveling if you use a VPN subscription to watch Law & Order Season 22 online. A VPN can remove the blockades by allowing you to change your IP address and making it seem like you're back home.

ExpressVPN is a very beginner-friendly tool that easily unblocks almost all the popular streaming platforms, including Peacock, Amazon Prime Video, Hulu, and Netflix, with its over 3,000 VPN servers all around the world. You also get high speeds, stable connections, no bandwidth limits, and strong encryption protocols to protect your data online. It offers a 30-day money-back guarantee, and this means you can try ExpressVPN for 30 days RISK-FREE.

There is a heavy discount attached to the annual plan that you can enjoy when you subscribe to ExpressVPN (49% discount and 3 months FREE) on their website. It only takes a few minutes of your time to create an account; fill in your personal details, make the payment, and then download the VPN app designed for your device or system. After the installation is complete, launch the app and run it in the background using a server located in an area close to back home. Finally, load the streaming service to watch Law & Order Season 22 online from anywhere.

You will be able to live stream Law & Order Season 22 without cable pretty easily through a live TV and streaming service that has the NBC network included. Let's see your options at the moment.

Law & Order Season 22 episodes will be available via Peacock the day after the premiere, and you will need to go for the paid tiers to watch the latest season. Subscription prices start at $4.99 per month with the ad-supported tier, but right now, you can subscribe for $1.99 a month. If you are an Xfinity, Spectrum, or Cox customer, you can get the Peacock Premium tier for free.

If you're a sports fan, fuboTV offers multiple sports channels besides the regular networks, and it also includes NBC in all three packs. Subscription prices start at $69.99 per month, and you also get a 7-day free trial on fuboTV upon subscribing if you're new to the service.

The Hulu + Live TV service offers NBC in select markets. You get the ad-supported Hulu On-Demand library and the Live TV platform that includes over 75 top channels, and also Disney Plus and ESPN Plus for free as a special deal right now, all starting at $69.99 per month.

YouTube TV is a great option if you want to live stream NBC since this service offers live TV from more than 85 channels, and NBC is included. Moreover, it also has NFL, NBA, and MLB networks and several attractive perks for $64.99 a month, so you should definitely consider this service.

How to Watch Law & Order Season 22 in the UK

If you live in the UK, viewers can also watch the show on Peacock, as NBCUniversal's streaming platform had a soft launch in the UK and Ireland in November. You will most probably be able to watch the show on Sky TV starting at £26 per month and on NOW starting at £9.99 per month, with a 7-day free trial available for all new customers. The series will be available on the day after its US release, though.

Since most streaming services have geo-restrictions in place, you may find yourself unable to access this title when traveling away from the UK. However, if you use a strong VPN set to a server located back home, you will lift the geo-restrictions while abroad.

How to Watch Law & Order Season 22 Online in Australia

If you live in Australia, you will be happy to know that Law & Order Season 22 should be available via Foxtel Now on September 23 ($25 per month with a 10-day free trial) and on the Binge streaming service, where prices start at $10 a month, and new customers can enjoy a 14-day free trial.

These services are geo-restricted outside Australia, so you will need to turn to a capable VPN tool set to a server from an area back when traveling to watch the show. Just run it before loading the streaming platform.

Can I Watch Law & Order Season 22 in Canada?

Canadian viewers should be able to watch Law & Order Season 22 on CityTV, but we have no official information regarding the premiere date here. We should mention you will need to log in using credentials from your cable TV provider to watch content on this platform.