How to Watch Firestarter Online: Stream the Zac Efron Movie From Anywhere 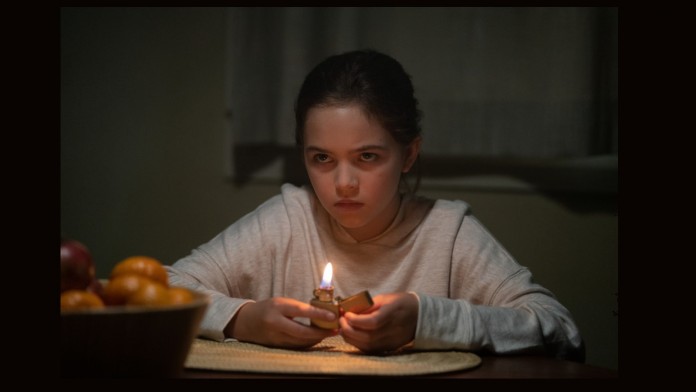 Stephen King fans are happy to know that a Firestarter-inspired movie will soon premiere, and we'll be able to watch it online quite easily. We have all the information on the release date, plot, and cast, so let's see when, where, and how to watch Firestarter online from anywhere in the world.

The new movie starring Zac Efron is based on Stephen King's masterpiece, Firestarter. We see parents Andy and Vicky trying to do their best to hide their young daughter's pyrokinetic power while being pursued by a shadowy federal agency known as The Shop, which wants to harness her unprecedented gift for creating fire into a weapon of mass destruction. Things get complicated when she starts to manifest her power in school and other kids witness the event. What the trailer does not show is whether Andy and Vicky have the same telekinetic abilities that help them read minds in the movie adaptation.

The cast features Zac Efron and Sydney Lemmon as parents Andy and Vicky McGee, with the addition of young Ryan Kiera Armstrong (who was awesome in American Horror Story: Double Feature) as Charlie McGee. Adding to the cast are Kurtwood Smith as Dr. Joseph, Wanless, John Beasley as Irv Manders, Michael Greyeyes as John Rainbird, and Gloria Reuben as Captain Hollister. Directed by Keith Thomas (The Vigil), from a screenplay by Scott Teems (Halloween Kills) based on the Stephen King novel, Firestarter is produced by Jason Blum (Halloween, The Invisible Man) for Blumhouse and Oscar winner Akiva Goldsman (I Am Legend, Constantine) for Weed Road Pictures.

Firestarter will premiere on Friday, May 13, 2022, in theaters and online. We will be able to stream this movie on-demand on the NBCU-owned Peacock streaming platform.

How to Watch Firestarter Online From Anywhere

As long as you are in your home country, you can easily stream content online with a subscription to a streaming platform that hosts the desired title nowadays. However, most of these services are geo-restricted, so there's a whole different story when you travel abroad or even to other states. The good news is you can still stream Firestarter online from anywhere using a VPN subscription because this tool makes it seem like you are back home and lifts the geo-blockade.

We recommend you turn to ExpressVPN if you're looking for a VPN that can easily lift geo-restrictions for several streaming platforms such as Peacock, Netflix, Hulu, and others. This is one of the best tools on the market right now, it's extremely easy to use, and it boasts thousands of servers in over 90 countries all around the world, strong encryption to protect your data, and fast and stable connections. What's more, you can even try ExpressVPN for 30 days RISK-FREE since there's a no-questions-asked money-back guarantee included.

Besides the risk-free experience with the tool, you can take advantage of a great deal right now if you subscribe to ExpressVPN (49% discount and 3 Months FREE) and select the annual plan when you create an account on their website. To get started, you will need to fill in your details and make the payment, then download and install the tool's native app for your device or system. Finally, pick a server from a location in your home area, turn on the VPN, and access the streaming service to watch Firestarter online from anywhere after the title becomes available on the platform.

How to Watch Firestarter in the US Without Cable

This series is a Peacock original, which means it is exclusive to the platform, so go ahead and subscribe to Peacock in order to watch Firestarter online. Just fill in your details and choose from its free or paid plans. The Free tier requires nothing but creating an account, and it lets you watch 2/3 of the library free with ads and also offers the first few episodes of locked series for free. However, considering this is a theater movie, you may need to choose from the two paid tiers to watch the movie.

The platform offers over 60,000 hours of movies and shows, daily news, sports, pop culture, shows and movies for kids, and also some Spanish-language series. A great perk is that Universal Pictures, Focus, Illumination, and DreamWorks movies land on the platform soon after their theater release. Peacock offers native apps for iOS and Android devices, Smart TVs, gaming consoles, and media streaming devices, and you can see the full list of compatible devices here.

The Peacock streaming platform has some geo-restrictions in place, so you won't be able to access your library in the countries where the platform is not launched. To watch this series while traveling away from the US, you need to use a capable VPN simultaneously with the streaming platform. Just choose a server located in the US and turn on the VPN before playing the title.

How to Watch Firestarter in the UK, Canada, and Australia

Since this movie will be released in theaters, being available on a streaming service such as Peacock as well is a feature only people in the US can enjoy - at least for the moment. So if you live in the UK, Canada, and Australia, you won't find this title on any of the local streaming services.

However, the best thing is you can buy a ticket and watch Firestarter in cinemas, so we recommend you check your local screening times to enjoy this great movie when it premiers.