How to Watch Chicago Med Season 8 Online From Anywhere 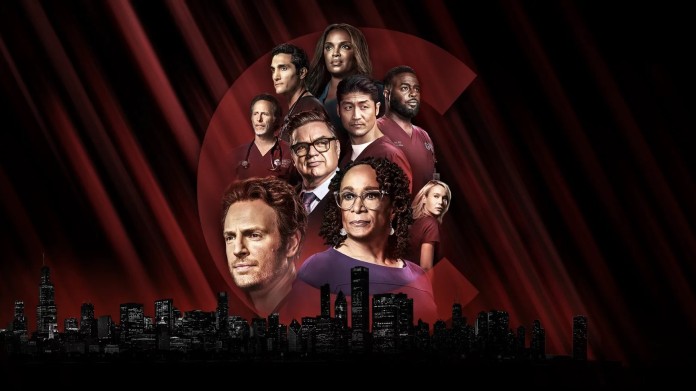 Fans of the One Chicago franchise are in for a treat as the third installment, Chicago Med, is set to return with a new season. We have everything you need to know, including the release date, plot, and cast, so check out where, when, and how to watch Chicago Med Season 8 online from anywhere.

Chicago Med focuses on the physicians and nurses who work in the emergency room at Gaffney Chicago Medical Center. Hopefully this season we will get some answers to season 7's finale's cliffhanger, which involved the fire in which Dr. Will Halstead and Dr. Dylan Scott are stuck. After Halstead's apartment burns down, Marcel, Choi, and Archer team together to try to save the survivors. Meanwhile, Charles and Med’s new fellow, Cuevas, assist a patient who is paranoid, and Scott takes a decision that will change his life.

Chicago Med Season 8 premieres on Wednesday, September 21, 2022, at 8 pm ET on NBC, and you can also stream it on Peacock. The show will be followed by new seasons of Chicago Fire at 9 pm and Chicago P.D. at 10 pm.

How to Watch Chicago Med Season 8 Online From Anywhere

Nowadays, all you need to do to watch movies and TV shows online is to be in your country and have access to a live TV or streaming service that offers the title. Most of these services are geo-restricted, and traveling outside of your country will prevent you from accessing your streaming library. Change your IP address to make it seem as though you are at home by using a VPN to watch Chicago Med Season 8 online.

Would you like to learn more about VPN solutions? We recommend ExpressVPN, which can unblock most streaming platforms like Netflix, Hulu, etc., and has thousands of servers worldwide. This VPN is beginner-friendly and compatible with many devices, such as phones, tablets, computers, routers, etc. With best-in-class encryption protocols, it shields you from security breaches and protects your privacy online. It also offers a money-back guarantee, so you can try ExpressVPN for 30 days RISK-FREE.

You can easily subscribe to ExpressVPN (49% discount and 3 Months FREE) on its website. This is when you can proceed to download the native app for your device or system and log in through a sign-in link sent to your email address or an activation code. Pick a server from your home country when you turn on the VPN, and you'll be able to watch Chicago Med Season 8 online from anywhere.

If you are in the US, you may view the series on Peacock, an NBCU-run streaming platform. It offers two paid Premium choices in addition to a free ad-supported one: a $9.99 per month Premium Plus plan if you want to remove adverts and a $4.99 per month Peacock Premium plan with fewer ads.

It's also helpful to know that Xfinity, Spectrum, or Cox customers may obtain the Peacock Premium tier for free. Various devices, including Smart TVs, video streaming devices, iOS and Android smartphones and tablets, and even game consoles, are compatible with Peacock (you can check the full list of compatible devices here).

As mentioned before, you can watch Chicago Med Season 8 on NBC if you're in the US. Let's check some platforms that carry the channel.

Sling TV offers NBC in select markets through its Blue and Orange + Blue plans. Prices start at $35 a month, but Sling TV is presently giving a 50% discount on your first month.

You may watch the show on fuboTV if you reside in the US - choose one of their plans; they all include NBC. Prices start at $64.99 a month, and if you're a new customer, fuboTV offers a 7-day free trial.

Another way to watch Chicago Med Season 8 in the US is on Hulu + Live TV. The service will set you back by $69.99 per month, but the good news is that you get Disney Plus and ESPN Plus for free as part of a special deal. However, since NBC is available in select markets only, you need to check its availability in your area.

Due to geo-restrictions on most streaming services, you won't be able to watch the show while you're traveling abroad. However, you may bypass any geo-blocks you encounter by using a reliable VPN. When you activate the VPN, select a US server to watch Chicago Med Season 8 on the go.

How to Watch Chicago Med Season 8 in the UK

Although there hasn't been any official word on when the series will premiere in the UK, we should point out that Peacock is available there via Sky TV and NOW streaming platform. Peacock is a part of NOW's Entertainment Pass package, which costs £9.99 per month and offers a 7-day free trial to new consumers.

By utilizing a good VPN, you may circumvent geo-restrictions when traveling overseas and watch the show on the move. Simply choose a UK server when you activate the tool to access a streaming platform.

How to Watch Chicago Med Season 8 in Australia

Australians may be able to watch the title on 9Now. Since the last season is available on the platform, we're hoping that Chicago Med Season 8 will drop there soon too.

Having a capable VPN will enable you to watch the show when you're traveling abroad. When you turn on the VPN, select an Australian server, and you're good to go.

Can I Watch Chicago Med Season 8 in Canada?

We should let you know that you can find Chicago Med on Citytv in Canada, but only seasons 4, 5, and 6 are available there - so we're not sure if the latest one will land there anytime soon.