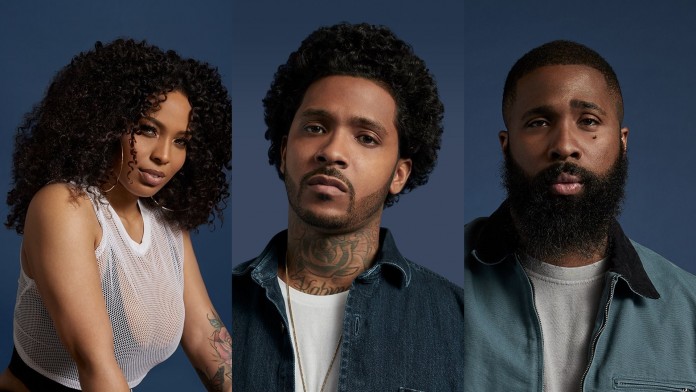 The Chicago Black Ink Crew spin-off will launch a new season soon, and you'll be streaming its episodes online on your favorite devices in no time, even on the go or while traveling. We have all the details you may be seeking, including the premiere date, so let's see when, where, and how to easily watch Black Ink Crew: Chicago Season 8 online from anywhere in the world.

The show follows the dramatic events of tattoo artists and crew members employed at the Black-owned tattoo shop 9MAG located in Chicago, Illinois, and it is a spin-off of the popular show Black Ink Crew. In time, it became one of the most popular television shows on the VH1 television channel, alongside the spin-off series, Black Ink Crew: Compton.

Black Ink Crew Chicago Season 8 is set to premiere on Tuesday, August 9, 2022, and you will be able to see the first episode on VH1 at 9 pm ET. The previous season had 10 episodes, and we expect the latest one to have as many.

There are several streaming platforms that let you watch content online quite easily in your home country, but this changes when you travel abroad or even to some other states since licensing agreements mean geo-restrictions for most streamers. That is why you will need to use a VPN subscription to watch Black Ink Crew: Chicago Season 8 online while traveling. A VPN can remove any geo-blocks by changing your IP address and tricking the platform into seeing you as back home instead.

ExpressVPN is one of the best tools on the market right now, and we recommend you use it since it can easily unblock several streaming services such as Paramount Plus, Hulu, Netflix, and others. It has over thousands of servers around the world, strong encryption protocols to protect your data online, and fast and stable connections. Plus, it's extremely easy to use, even for beginners, and you can try ExpressVPN for 30 days RISK-FREE thanks to its no-questions-asked money-back guarantee.

So head over to the official website to create an account. You can also take advantage of a hefty discount right now if you subscribe to ExpressVPN (49% discount and 3 months FREE) and select the annual plan. Fill in your details, and make the payment to be able to download and install the native app for your device or system. Next, open the app and pick a server from a location in your home area before turning it on. Finally, load the streaming service of choice to watch Black Ink Crew: Chicago Season 8 online from anywhere.

How to Watch Black Ink Crew: Chicago Season 8 Online in the US

Besides on-demand platforms, you will be able to see Black Ink Crew: Chicago Season 8 via live TV and streaming platforms that host the broadcasting network, which is VH1. Let's see the several options you have right now.

How to Watch Black Ink Crew: Chicago Season 8 Without Cable

You will find the VH1 network over on Sling TV in the Lifestyle Extra add-on. This is the best deal you can find right now since you can get 50% off your first month on SlingTV. Plan prices start at $35 a month, and the add-on usually costs $6.

Philo has VH1 in its listing, and it is a great option if you want to subscribe to a cheap live TV and streaming service. The monthly subscription fee is $25, and it gets you over 60 live channels and more than 50,000 titles on-demand. You also benefit from a 7-day free trial if you are new to the service.

Another great live TV and streaming platform you could go for that has VH1 is fuboTV, and this is the best option for sports fans since it includes a lot of sports networks. You choose from monthly and quarterly plans, and prices start at $69.99 per month. There's a 7-day free trial on fuboTV right now available for new customers.

Black Ink Crew: Chicago Season 8 will also be available on the Paramount Plus streaming platform. There's also a Showtime bundle with or without ads, and subscription prices start at $4.99 per month with the ad-supported base plan. New customers can enjoy a 7-day free trial on Paramount Plus for all the plan options.

You will also be able to watch the show's latest episodes over on the VH1 website, where you can access them for free if you log in with your TV provider credentials.

These streaming platforms are geo-restricted due to licensing deals. If you can't access them while traveling, a subscription to a good VPN set to a server located back home will unblock them. For this to work, just turn it on before opening the streaming service.

How to Watch Black Ink Crew: Chicago Season 8 Online in Canada, the UK, and Australia

The Paramount Plus streaming service is available in Canada, Australia, and the UK for CA $5.99 / AU $8.99 / £6.99 per month, and there's a 7-day free trial included for new clients. In the UK, Sky Cinema subscribers, including Sky Q customers, can use the service at no extra cost. However, we don't have a release date yet for other countries outside the US where the platform is available.

Keep in mind that all streaming services impose geo-restrictions when you travel, so you will need to use a capable VPN if you bump into a blockade abroad. Just select a server from a region back home before turning to the streaming platform.