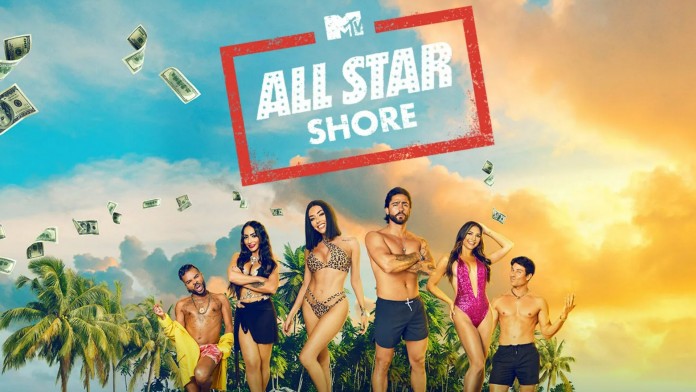 Is everyone ready for a summer reality star competition? We know we are, and we're excited to see how All Star Shore will turn out!

Given all the information we have so far, All Star Shore will be a massive party, reuniting stars of reality TV series like Jersey Shore, Geordie Shore, Ex on the Beach, and so on. If you've ever watched any of these shows, you know the potential of All Star Shore. The young folks will go head to head competing in brand new, extreme versions of regular party games in the Canary Islands. They're not only doing this for fame but there's also a big prize at the end. How big? Apparently, the winner will walk away with $150,000.

Watching content online is super easy to do nowadays, but problems arise when you travel abroad. That's when you'll notice that live TV and streaming services are unavailable to access from other countries. This is mostly due to licensing deals that cover only specific areas. Therefore, you will have to use a VPN to watch All Star Shore online, as these tools will help you change your IP address to one that matches the server's location.

Our favorite tool on the market is ExpressVPN, featuring thousands of servers worldwide. It also does a great job unblocking streaming services like Netflix, Paramount Plus, Disney Plus, and others. There are apps for pretty much any device you may have, which is awesome. You can try ExpressVPN for 30 days RISK-FREE thanks to its no-questions-asked money-back guarantee.

In order to get started, you have to subscribe to ExpressVPN (49% Discount + 3 Months FREE). First, you have to set up an account and fill in the requested personal information. Next, go through the steps to complete the payment before you download the app for your device. Ensure you launch the VPN and select a server in your home country before accessing Paramount+ to watch All Star Shore's latest episode.

How to Watch All Star Shore Online in the US

All Star Shore is an original Paramount+ show, which means that the only way you can watch the show is with a Paramount+ subscription. The streaming service offers 2 tiers: the ad-supported version costs $4.99 per month, while the ad-free version will cost you $9.99 per month. Moreover, the premium version offers access to the local CBS station and the option to download shows for later viewing, while the ad-supported version does not.

You can also get Paramount+ via your Amazon Prime Video subscription. You can add Paramount+ as a Prime Channel to your account, which will cost you an additional $9.99 per month on top of your regular Prime subscription.

If you're going to travel abroad, you'll need to ensure you have a good VPN on your device because Paramount+ is geo-blocked, meaning that you can't access it from another country. Simply pick a server in the United States on your VPN before accessing Paramount+, and you're good to go.

How to Watch All Star Shore in Canada, Australia, and the UK

Those living in the UK, Canada, or Australia can watch the new reality show on Paramount+ on the same date it premieres in the United States. Plans for Paramount+ start at CA $5.99 per month in Canada and AU $8.99 per month in Australia, while in the UK, the newly-launched service costs £6.99 per month. Of course, each subscription comes with a week-long free trial.

Paramount+ is geo-blocked when you travel abroad, so you should get a capable VPN on your devices if you want to watch All Star Shore on the go. The VPN will route your internet connection through a server you choose from your home country and make it seem as if you're home, lifting the blockade.