How to Watch After Yang Online From Anywhere: Stream the Colin Farrell Sci-Fi Drama Movie 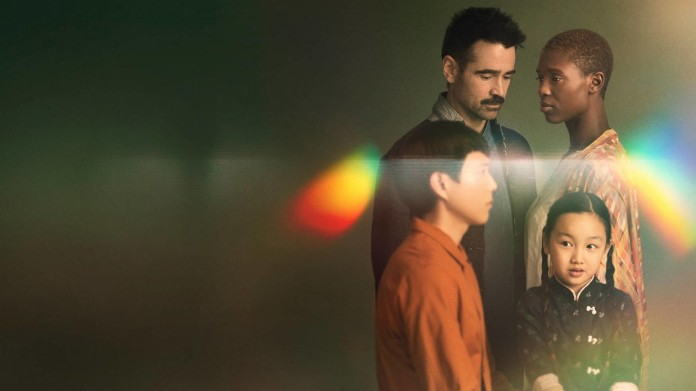 After Yang is a sci-fi movie that provides a novel perspective on artificial intelligence, and we're excited to stream it online. We have all the details you need to know, including the cast and plot, so keep reading to find out where, when, and how to watch After Yang online from anywhere.

Based on a short story by Alexander Weinstein called "Saying Goodbye to Yang," the film is about a family's grief after losing their A.I. helper. Jake lives with his wife Kyra, their adopted daughter Mika, and Yang, an AI humanoid companion. The robot, who is also Asian, was chosen by Mika's Western parents since she is a young Chinese girl living up in America, and they wanted to make her feel more at home and teach her about her Chinese ancestry. However, in an unfortunate turn of events, Yang malfunctions and breaks down, and Jake tries to figure out a way to fix him. In the process, he learns more about life and reconnects with his wife and daughter.

The cast includes Colin Farrell as Jake, Jodie Turner-Smith as Kyra, Malea Emma Tjandrawidjaja as Mika, and Justin H. Min as Yang. Kogonada, known for Pachinko, directed the film, which had its world premiere at the Cannes Film Festival in July 2021.

After Yang premieres in the UK on Sky Cinema and NOW on September 22, 2022.

How to Watch After Yang Online From Anywhere

It's now simpler than ever to watch movies and TV shows online; all you need to do is be in your home country and have access to a provider that offers the content. Most of these services have the drawback of being geo-restricted, which prevents you from using them if you are traveling abroad. Don't worry if you're experiencing difficulties with this, as you can use a VPN to watch After Yang online, which will alter your IP address and make it seem as though you're in your home.

Looking for a suitable VPN solution? We recommend ExpressVPN because it can effectively unblock the majority of streaming sites and has thousands of servers located all over the world. Through the use of top-notch encryption algorithms, it also defends you from security lapses and safeguards your online privacy. Thanks to the tool's no-questions-asked money-back guarantee, you can try ExpressVPN for 30 days RISK-FREE.

If you want to bag a great bargain, go to its website and subscribe to ExpressVPN (49% Discount + 3 Months FREE). After downloading the native app for your device or system, you can log in through a sign-in link sent to your email address or an activation code. Next, choose a server from your home country when you turn on the VPN, and then access a streaming service to watch After Yang online from anywhere.

How to Watch After Yang in the UK

With the help of a reliable VPN, you can easily watch After Yang while traveling abroad. When you activate the VPN, just choose a UK server, and you're ready to stream.

How to Watch After Yang in the US

After Yang premiered in the US earlier this year in March in cinemas and streaming platforms. Here are your options.

After Yang is available on-demand on the Showtime platform, where a subscription costs $10.99 per month and comes with a generous 30-day free trial. The title will also be available on Showtime Family Zone on September 23 at 6:15 am ET.

Alternatively, viewers may opt for the Paramount+ and Showtime bundle. Prices begin at $7.99 per month (for a limited time), and you are also entitled to a 7-day free trial after subscribing.

Furthermore, Showtime can also be added as a Premium add-on to your Hulu subscription for an additional $10.99 monthly. Hulu offers an ad-supported tier for $6.99 per month and one without ads for $12.99 per month. And if you're not interested in the standalone service, you can opt for the Disney bundle, as it offers Disney Plus, ESPN Plus, and Hulu at a discounted price as part of a special deal.

For an additional $10 per month, you may get Showtime with your SlingTV subscription, and fuboTV also provides Showtime as an add-on for $10.99 per month.

If you still want more options, you may check out DirecTV Stream and YouTube TV, which both offer Showtime as an add-on option for $10.99 and $11 per month, respectively. We should mention that these costs are added to the standard subscription fee for the platforms.

You can use a powerful VPN to watch the film while traveling abroad. This tool will remove all geo-restrictions you may face; just pick a US server when you turn on the VPN before accessing a streamer to watch After Yang online.

How to Watch After Yang in Canada

Canadians will be happy to know that they can stream the Colin Farrell movie on Crave, which also provides HBO, HBO Max, and Starz. You may sign up for a 7-day free trial of this service, which has a monthly fee of $19.99.

If you're traveling abroad, you can use a fast VPN to remove any geo-restrictions you may face. Choose a US server when you turn on the VPN, and then access Crave to watch After Yang on the go.

How to Watch After Yang in Australia

We didn't find any streaming options for you in Australia, but you can buy or rent this film on Amazon, Telstra TV, and Fetch.