How to Watch ’60 Days In’ Season 7 Online From Anywhere 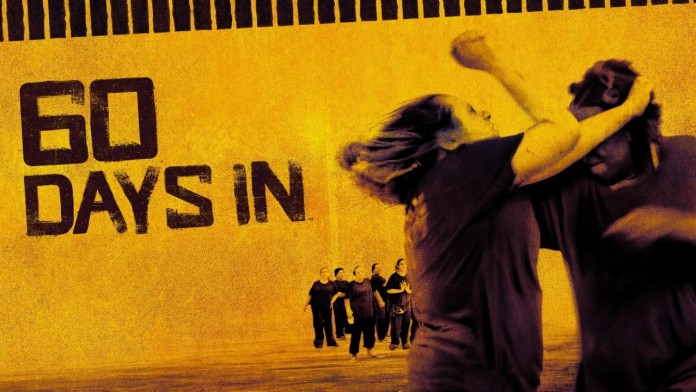 A new season of 60 Days In is coming in soon on A&E, so we're excited to see what will happen in the new episodes. So let's check out where, when, and how to watch '60 Days In' Season 7 online from anywhere.

The docuseries features incarcerated volunteers as undercover prisoners for a full 60 days. The show premiered in 2016, with the first two seasons in the Clark County Jail in Jeffersonville, Indiana. Then, the next two seasons took place in the Fulton County Jail in Atlanta. The fifth season took us to Florence, Arizona, and the sixth to Gadsden, Alabama. Now, two years after the previous season's premiere, we're finally getting a new season that will take us inside the Henry County Sheriff's Office in McDonough, Georgia. This is the first time that the cast is comprised entirely of former inmates who have served over 4 decades behind bars.

The whole purpose of the show is to help find valuable information that will help improve jail conditions. Whether or not they will succeed in finding the right information or if that information will be used for the claimed purpose remains to be seen.

How to Watch '60 Days In' Season 7 Online From Anywhere

It's super easy to stream shows and movies online nowadays, thanks to the numerous platforms available. You simply need a subscription to get to all the content you love, including 60 Days In. Unfortunately, most of these services are geo-restricted, so you won't be able to access them while traveling. Thankfully, you can use a VPN to watch '60 Days In' Season 7 online, anywhere in the world. The VPN will change your IP address and make it look like you're back home.

If you're looking for a recommendation, we can direct you towards ExpressVPN. This is easily one of the best tools to use. ExpressVPN can unblock streaming platforms you love, including Netflix, Hulu, and Disney Plus. You can try ExpressVPN for 30 days RISK-FREE, thanks to the no-questions-asked money-back guarantee included.

You can easily subscribe to ExpressVPN (49% discount and 3 months FREE) on its website. To get started, you will need to create an account, and this only takes a few minutes as you have to fill in your details and make the payment. Once that's done, download and install the app for your device or system, and simply choose a server from a location in your home country and turn on the VPN. You can then access your selected live TV service and watch '60 Days In' Season 7 online.

60 Days In is an A&E show, and you can stream the episodes on a bunch of platforms. Let's see what options you have.

You can watch this show on A&E via Hulu + Live TV. This streaming service features the channel, among many others. The subscriptions cost $69.99 per month, a price that includes dozens of networks, access to the Hulu on-demand library, as well as Disney Plus and ESPN Plus.

You can also find the A&E network on Sling TV. The network is available in all three plans offered by Sling TV, which means you'll pay at least $35 for your subscription. If you sign up now, you can get 50% off your first month on the platform.

Philo is another solid option for those who want to watch A&E online. Philo costs only $25 per month and features over 60 channels and tons of on-demand titles you can watch. You'll love the perks and offered channels, so check it out.

50+ channels, unlimited DVR. Save money without sacrificing quality. Live your best life with Philo. All the features, none of the hassle. TV Shows & Movies.

You can also find A&E on DirecTV Stream. This service features several plans, starting at $49.99 per month for the first two months, then $69.99 per month. The other plans are more expensive, so make sure to check those out, too, as they feature more networks.

Of course, there's also the option of streaming 60 Days In directly on the A&E website at no additional cost. You do, however, have to sign up for an account with credentials from your TV provider, whether that's cable or live TV.

Don't forget that all streaming services are geo-restricted when you leave the country, mostly due to licensing deals. When this happens, you can access the services you love the most with the help of a VPN. Simply choose a server located in the United States, and you're good to go.

In Canada, the first six seasons are available to stream on Crave. The platform allows users to access multiple premium networks, including HBO Max, Showtime, and STARZ, all for $19.99 per month, which is an awesome deal. Given the presence of the first seasons, we expect the seventh one to land here too. A release date has not been announced yet.

Please keep in mind that if you're traveling abroad, you cannot access Crave without a reliable VPN due to geo-restrictions.

How to Watch '60 Days In' Season 7 in Australia

If you want to watch '60 Days In' in Australia, you'll likely need to use Stan. We say "likely," because we don't have a release date for the seventh season yet, but since the other six seasons are available on the platform, we expect the latest episodes to land here as well.

Since Stan is geo-blocked outside of Australia, you should make sure to use a capable VPN to access the platform should you leave the country for any reason.

Unfortunately, we couldn't find a way for you to directly watch '60 Days In' Season 7 in the United Kingdom. Sorry! However, you can check out our article on how to watch A&E outside the US.