How Many Episodes/Seasons Does Black Clover Have in Total? 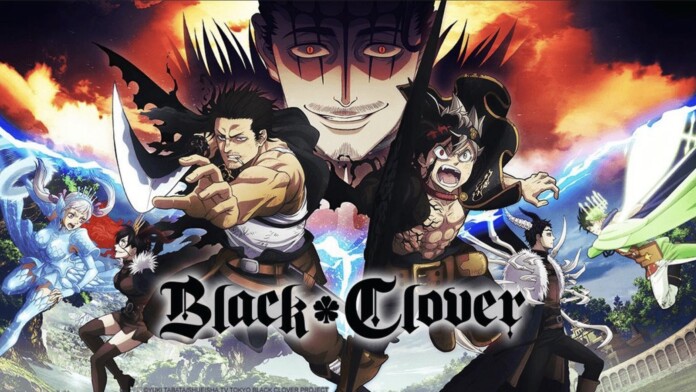 Although the juggernaut that is Naruto is still around in the form of Boruto, there are still plenty of other contenders in the shonen anime space vying for your attention. Some are forgettable, but for better or worse, Black Clover has turned out to be somewhat of a hit.

Despite early complaints that the main character is a little grating on the nerves, the show has not truly hit its stride. If you’re planning on giving this hot new shonen title a go, let’s see what you’re in for and how many Black Clover episodes are already out.

So What’s Black Clover All About?

In a world where just about everyone can do magic, Asta doesn’t have a lick of the stuff. Then, on the day everyone is meant to be chosen by their magical grimoires, Asta is chosen by the Black Clover. Imbued with anti-magic and the power to cut through the spells of others, he joins an order of combat wizards to beat his rival to the dream of one day becoming the Hokage. Er, sorry, we mean Wizard King.

Black Clover is a fun show with an interesting and eclectic cast of characters and fantastic animation and art design. It’s based on an ongoing manga series by Yuki Tabata and has the distinction of being the most-watched show on streaming service Crunchyroll in 2020, beating our Boruto and other shonen staples.

Black Clover is Ending! Here are the Episode Details

As of this writing, Black clover is in its fourth season. With episode 165 set to air on February 23, 2021. Black Clover’s final episode will be episode 170, which will air on March 30, 2021, as confirmed on Crunchyroll’s blog.

That being said, Black Clover has not yet taken a break between seasons. So it’s fair to think of it as an ongoing series. Since Black Clover is running in tandem with its source manga, it also contains “filler” episodes. These don’t contribute to the plot and aren’t canon. Then there are episodes that have a mix of both filler and canon content and episodes that are canon, but only in the anime and not the manga:

It’s your choice whether you want to skip filler episodes, but just because an episode or short side-arc is filler doesn’t mean it won’t be entertaining!

The Adventure Continues in the Black Clover Manga

At the time of writing, Black Clover is up to chapter 280, split over 24 volumes. The manga is actively running alongside the anime, which is why the anime sometimes overtakes the manga – hence the need for filler.

If you want to read manga, you can do so easily and cheaply. It’s available through the official Shonen Jump mobile application, with a low price of only $1.99 a month. That’s almost giving it away!

As usual, reading the manga can be a way to see events that have not been covered in the anime or play out differently. The manga is also set to continue past the announced end of the anime, so if you want more Black Clover once the show is done, that might be the only way unless a decision is made to renew the show in the future.

What About a Black Clover Movie?

It’s pretty common for popular shonen anime to get the movie treatment, which often acts as set pieces between arcs. So far, there’s been no word of Black Clover getting a movie, but we wouldn’t rule it out. The show has been a sleeper hit, and movies take time to produce, so if the budget for a feature film has only recently become available, it will be some time before such a film would be announced.

Where Can I Watch Black Clover?

Black Clover is available on a fair number of streaming platforms. The main place to catch subtitled episodes as they are released is Crunchyroll. You can also catch the show subbed and dubbed on Funimation. Black Clover is also available on Hulu and Netflix in some regions but may not be up to date with the latest season and episode.

Funimation specializes in English dubbing and often has dubs ready on release, while with Crunchyroll you may have to wait for dubs, if they decide to provide dibs for that show at all!

Depending on where you live, you may not be able to watch Black Clover on the streaming platform of your choice. For example, click on this Black Clover Crunchyroll link to check if it’s available in your region.

If you find that you can’t access Black Clover in your region, the good news is that this is usually easily circumvented by using a good VPN service. There are many great VPNs to choose from, but we’ve personally had great success with geo-blocking using ExpressVPN.

A good VPN can do more for you than simply unlock access to a great show like Black Clover. It’s also an essential tool for privacy and security. VPNs can hide your activity from anyone monitoring your internet connection. It can also help prevent internet connection throttling and make it difficult for someone to determine your real location. We have plenty of great VPN articles on TechNadu, so take a minute to learn about this important technology.

How to Watch the 2021 Summer Olympics Without Cable

After months and months of uncertainty, the 2021 Summer Olympics are almost upon us. More than 11,000 athletes from 205 countries will...
Read more
Processors

IBM is turning the page of the chip manufacturing book, introducing the first 2nm chip.Compared to 7nm chips, the new processors will...
Read more
Android

Android is going to introduce mandatory data collection and usage purpose declarations on all apps in 2022.This follows Apple’s recent move with...
Read more
TechNews