How Long Is Hamilton Going to Be on Disney Plus? 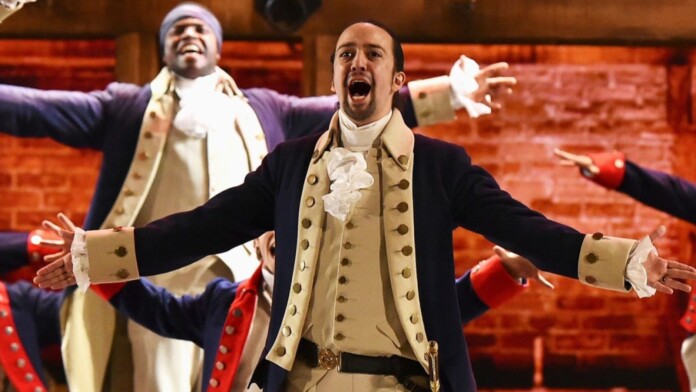 Over the summer, Disney Plus made one significant addition to its platform, one that many rejoiced over - Hamilton! The multi-award Broadway musical had fans happy about the situation. The question is - for how long can we watch Hamilton on Disney Plus?

Hamilton was created by Lin-Manuel Miranda, and it tells the story of the American founding father, Alexander Hamilton. The story is inspired by Hamilton's biography by Ron Chernow. The show's premiere came in February 2015, and it has been a sold-out event every time it reached the stage during its multiple tours.

The musical has been praised time and time again for the music, the acting, the lyrics, and the overall production. In fact, Hamilton has been ranked as the second-greatest theatrical work since 2000 by The Guardian, while other publications like The New York Times say that buying tickets to see this play is worth anything and everything.

When Did Disney Plus Add Hamilton?

Lin-Manuel Miranda was especially excited about the fact that Hamilton would be available to stream on Disney Plus. In fact, he even admitted that they cut out a couple of curse words to make it suitable for a wider audience on Disney Plus.

On July 3rd, Disney Plus added Hamilton and made it available for everyone to stream. Given how expensive Broadway tickets are, the response was overwhelming as people signed up for Disney Plus in troves to get to watch the show.

Can I Still Watch Hamilton on Disney Plus?

Absolutely! Hamilton continues to be available to stream on Disney Plus, and you can get it by simply subscribing to the service.

How Long Is Hamilton on Disney Plus?

The details of the licensing deal haven't been made available, but Lin Manuel Miranda says that the play is there to stay "for the foreseeable future." Therefore, you can go ahead and stream Hamilton over and over again until you learn the songs by heart.

How to Watch Hamilton on Disney Plus?

As we already mentioned, if you want to watch Hamilton on Disney Plus, you're going to have to get a subscription with the service. As a standalone platform, Disney Plus costs $6.99 per month or $69.99 per year, while alongside Hulu and ESPN+, you can pay $12.99 per month. You'll be able to watch Hamilton on pretty much any device you have at home, and you'll also be able to download the film and watch it any time you want to.