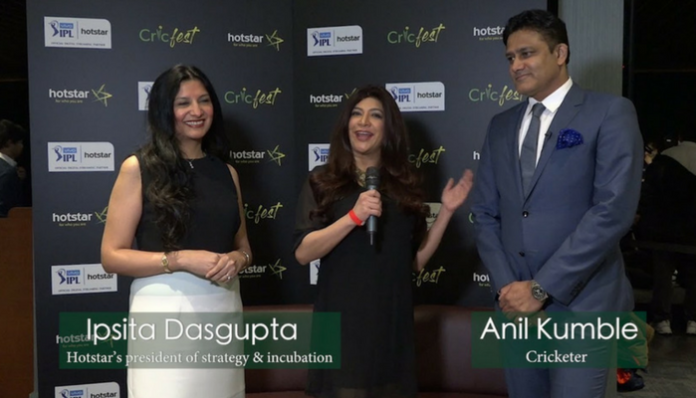 Hotstar, the premium Indian video streaming service has been acquired by 21st Century Fox and will be coming to US household shortly. Recently, the channel had hosted the “VIVO IPL Hotstar CricFest” - in Brooklyn, New York, at MatchPoint NYC. This event, which also had international cricket figures like Anil Kumble and Harbhajan Singh, managed to draw in hundreds of residents and local cricket fans.

In the event of the new upcoming video streaming service hitting the US soil, Ipsita Dasgupta, the President of Strategy and Incubation at Star India/Hotstar International was interviewed by Blasting News. Back in September 2017, when Hotstar launched in North America, Ipsita has been tasked with running the business as well as expanding it throughout the rest of the world. Most of her time at Hotstar has been devoted to understanding the entertainment needs of South Asian and American consumers.

Being asked what type of content Hotstar currently has and is interested in acquiring, she exclaimed that the platform mainly caters to South Asian audiences and delivers a diverse collection of content for them: “Our current target audience is the entire South Asian community. In some areas, like live Cricket or Kabaddi, along with some of our movies and lifestyle documentaries, we believe a diverse audience beyond South Asians will engage.” She is also enthusiastic about enhancing the cricket viewing experience on the platform by making it available in six languages expanding into commentary, virtual reality, fan-graphs, and much more.

Ipsita further guides us through the content catalog of Hotstar, saying that the streaming service mostly boasts Bollywood content but also encompasses an extensive library of media in seven languages. From popular blockbusters and celebrity talk shows to the critically acclaimed cinema, and much more, all these are made available through Hotstar.

Concluding the interview, Ipsita was asked about the future of Hotstar in the US and where does the President see the service in the next five years. She maintains that her target demographic is the “South Asian diaspora” in the country and will strive to meet this group's entertainment needs.