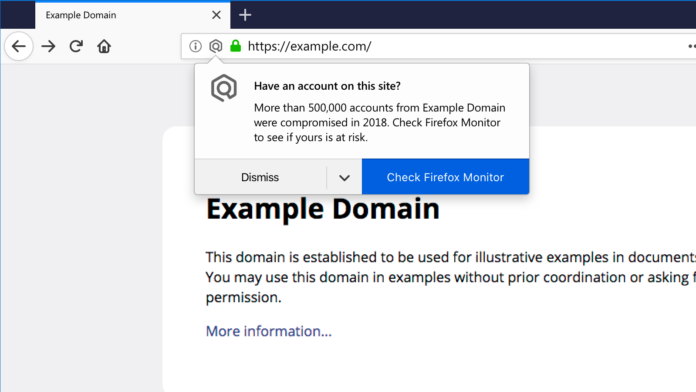 Mozilla has been actively trying to improve the online security experience for users with its Firefox Monitor app. The service is essentially a re-skinned version of Troy Hunt’s Have I Been Pwned which allows you to see if any of your online accounts have been compromised. Troy Hunt told TechNadu in an interview back in September that his project with Mozilla was one of the big next steps for Have I Been Pwned. “It’s all very incremental, and the next major thing that will happen and that I’ve already announced publicly is this auxiliary being built into Firefox. That will soon go live. So that will sort of be the next thing in making this data available much more broadly to a much larger audience, so that’s pretty cool.” The service has access to a substantially large database, and you simply need to enter your email id to get a status report.

Firefox Monitor has now expanded to Mozilla’s global audience with support for over 26 languages, and users can access the service in their native languages. You can sign up via the service to be notified in case any of your online accounts associated with your email suffer a data breach. The service also comes with a guide for users to protect themselves online.

Users running the latest version of Firefox Quantum will also get access to a new feature that alerts users whenever they visit a website that was recently breached. The feature was introduced soon after a number of users requested it on the official forums. Once users receive an alert, they can scan the Monitor database to see if their accounts were affected. The alerts are completely optional and can be disabled as well.

Mozilla has also launched its project, Data Leeks, which serves as a blog to retell personal stories of people affected by security incidents. In a bid to raise awareness about online security, Google Chrome is also taking measures to secure its browser through the removal of malicious ads and better screening for web apps on the web store.

Data breaches were left unreported until the GDPR policy came into effect earlier this year to protect consumers. Organizations are required to report all security breaches if user data is affected, which has allowed platforms like Firefox Monitor and Have I Been Pwned to offer a centralized database to help internet users.

High-Tech Bridge’s CEO Ilia Kolochenko commented, “Another serious issue here is that many customers will be scared by such notifications and will likely leave a previously breached website. However, most of those companies only started taking care of their corporate cybersecurity after a major and publicly exposed data breach. Therefore, we may perfectly imagine a scenario when a breached company has a much better security than its careless but unexposed competitors. The road to hell is paved with good intentions, and this laudable initiative by Mozilla may, unfortunately, have more negative consequences than positive ones.”