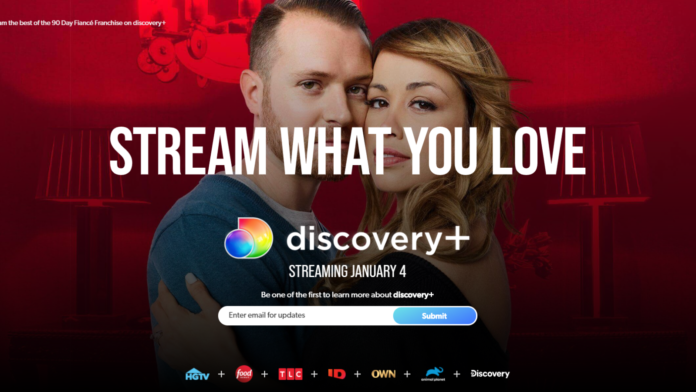 Discovery hopes that its streaming service, Discovery+, will reach about 400 million households across the globe, and at least 70 million in the United States.

Because it seems that there are not enough streaming platforms on the market right now, Discovery is launching its own service on January 4th, called Discovery Plus. With a monthly subscription of $4.99 with ads and $6.99 without ads, Discovery hopes it will attract tons of people.

In a presentation to investors, Discovery CFO Gunnar Wiedenfels says he hopes it will attract some 70 million subscribers in the US alone, based on the assumption that there are 300 million broadband-only homes in the United States, and some 80 million pay-TV homes. "All of a sudden, with this product, we're able to address a much, much larger global community here," he said, cited by Variety.

Wiedenfels also said that Discovery's average revenue per pay-TV household in the US is around $7 per month. But, with Discovery Plus, the ad rates will be three times what cable gets the company. Discovery's CEO David Zaslav is equally optimistic, claiming this is the channel's future and that this is the most important product since he's joined the company in 2007.

Discovery Plus will feature a lot of unscripted and non-fiction programming, on top of regular Discovery content. Furthermore, Discovery Plus will also feature content from HGTV, Food Network, TLC, Investigation Discovery, OWN, Animal Planet, Magnolia Network, BBC Planet Earth, A&E, Lifetime, History, Travel Channel, Sci, DIY Network, the Dodo, and more. If the name Magnolia Network is unfamiliar for you, that's because this is the network put together by the beloved Chip and Joanna Gaines from HGTV's Fixer Upper.

Zaslav claims that the programming will make Discovery Plus extremely different from other Plus platforms today, including Disney+.

Although the launch is still a month away, Discovery+ does not have distribution deals with Roku or Amazon Fire TV, but it is reportedly working towards this goal. This may affect the number of subscribers the service gets at launch if they cannot strike a deal.

In the meantime, since Verizon is a key launch partner for Discovery Plus in the United States, subscribers of the Verizon 5G Home Internet and Fios Gigabit, and new and existing wireless customers with Play More or Get More Unlimited plans, will get Discovery+ free for one year.

Discovery+ is already available in India and has launched in the United Kingdom and Ireland last month. Throughout 2021, Discovery+ plans to launch on more than 25 markets, including in Northern Europe, Italy, the Netherlands, Spain, and Latin American markets and parts of Asia.