Demon Slayer: The 9 Hashira Ranked From Weakest to Strongest 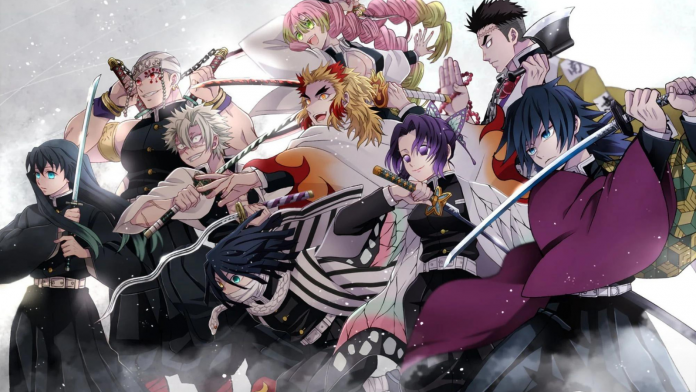 The 9 Hashira make up the most elite group of demon slayers in the KNY universe. They are the human equivalent of the Twelve Kizuki and are thus regarded with the highest respect and rank in the Corps.

Each Hashira is unique and specializes in their individual combat style, making it very hard to scale them by power. While most of this debate eventually waters down to opinion, certain qualities and feats give us an idea of how strong each pillar is.

That being said, here's a definitive list of all 9 Hashira, ranked from the weakest to strongest based on their feats and abilities. We've taken each Hashira's proudest moments and compared them to one another, giving us a rough sketch of what the power scale looks like.

Spoilers for Demon Slayer Manga Ahead!

As deadly as she is, Shinobu is still the weakest of the 9 Hashira. She lacks the physical strength required to slice a demon's neck and therefore relies heavily on her poisonous concoctions to do the job. But even if it weren't for her physical limits, Shinobu would only be capable of taking on some Lower-Rank demons at best.

Physical strength is not all that counts, though.

In her fight against Douma (Upper-Rank Three), Shinobu demonstrated her power through her cunningness. She was aware of her physical inferiority, but she did not let it hold her back. She may have been the weakest, but she was a Hashira after all.

Thanks to his past as a trained assassin/ninja, Tengen-sama has a sizeable advantage over his brethren.

Physically speaking, he is one of the strongest slayers in the Corps (second only to Gyomei). He also has considerable experience and battle IQ, and if he'd stuck around long enough to awaken his mark, he might've been ranked considerably higher on this list.

Sadly, the sum total of Uzui's feats in the manga doesn't hold a match to the rest of the pillars. As flamboyant and powerful as he is, Tengen leans towards being one of the weaker Hashira.

Do not be deceived by the innocent face and clumsy personality; Kanroji Mitsuri is the Hashira who ripped off Muzan's tentacles with her bare hands.

Mitsuri's muscle density is eight times higher than an average human's. Despite her tiny build, she possesses terrifying strength to rival Sanemi, Giyu, and Kyojuro 1-on-1. She also has enhanced flexibility and reflexes, which allow her to outpace a few Upper-Rank Demons with relative ease.

Once Mitsuri awakened her mark, her abilities dramatically enhanced to the point that she could stand on equal grounds against Zohakuten (the demon personification of hatred).

Still, her strength and speed weren't quite on-par with her teammates. In the final showdown against Muzan, Mitsuri struggled to keep up with the demon king's attacks and was soon knocked out of battle.

This is a controversial take, but hear us out.

People like to place Obanai in the top five solely for his performance in the final battle against Muzan. What they fail to consider, however, is that Obanai entered the battle fresh and with no injuries.

Comparatively, the rest of the pillars were gravely injured and fatigued after taking on various Upper Moons. It should've been impossible for them to keep going as they were, so it's hardly a surprise that Obanai outshined them.

Moreover, as the fight progressed further, Iguro slowed down. It got to a point where he could not keep up with Muzan and decided he was better off shielding Gyomei.

Of course, this isn't to say that Iguro was weak. The Snake Hashira was impressive by many standards and falling short against Gyomei, Sanemi, and Giyu is far from an insult.

Rengoku's power hardly requires an explanation. The Flame Hashira left everyone awestruck during his face-off against Akaza.

Apart from the fact that he "soloed" an Upper-Rank Three (despite being exhausted from his previous battle), Rengoku displayed violent power during the Mugen Train arc.

While his breathing techniques were nothing short of magnificent, what stands out is his absolute refusal to back down. Even with his solar plexus punctured (and his major muscle output compromised), Rengoku blocked Akaza's attack and kept him immobile.

It's truly a shame we never got to see him awaken his mark because if he had, Rengoku would've been vying for some of the highest spots on this list.

At the tender age of fourteen, Muichiro achieved the rank of Hashira after a mere two months of training.

Once he activated his Mark, Muichiro made quick work of the Upper-Rank Five demon. But what's more impressive is how he gained access to the Transparent World and used it to land a fatal blow on Kokushibo. If it hadn't been for his sacrifice, Kokushibo might not have been defeated.

The only thing preventing Muichiro from being number one on this list is his lack of experience and underdeveloped abilities.

As a descendent of Kokushibo (Upper-Rank One and brother of the first Sun Breather), the Mist Hashira's potential was far greater than any other character in the manga. If he'd lived till age 19 or 20, he would've been Muzan's biggest nightmare and could've easily surpassed Gyomei.

But there's a difference between potential and power. Tokito died too soon, leaving us no choice but to place him here.

Giyu was crucial for the Demon Slayer Corps' victory against Muzan. If he hadn't been assisting Tanjiro, the Demon Lord might've never been defeated.

Though his rank among the Hashira is often the topic of heated debate (some argue that he is weaker than Rengoku), the fact that Giyu survived Akaza's strongest technique (Final Form: Blue Silver Chaotic Afterglow, which he never used against Rengoku) and went on to emerge victoriously is enough proof of his superiority.

Better yet, once his Mark manifested, Giyu dramatically overpowered Akaza. Even the demon had to admit that Giyu was the strongest Water Piller he'd seen in generations.

And if defeating Muzan wasn't enough, Giyu held Demon King Tanjiro at bay. It's important to note that Tanjiro's demon form made him the strongest character in the series, surpassing Muzan by a significant margin. For Giyu to hold him back in his post-battle state is a miraculous feat indeed.

As comic as he may seem, Shinazugawa Sanemi is the second strongest Hashira in the Demon Slayer Corps.

The Wind Hashira has proven his strength on multiple occasions, the most notable being his one-on-one battle against Kokushibo (Upper-Moon One). In fact, Kokushibo — the demon that even Muzan is a little afraid of — was genuinely impressed by Sanemi's skills. He commented that both Sanemi and Gyomei were stronger even by Hashira standards and went as far as to praise Sanemi.

What's most exciting, though, is how Sanemi managed to move on from Kokushibo and continue to fight Muzan. His injuries should've killed any Hashira, but Sanemi survived thanks to his superior skill and stubbornness.

Though he was born blind, Gyomei managed to become one of the only two Demon Slayers to have achieved the rank of Hashira in mere two months of training.

With a staggering 7'2" height and physical strength that outweighs a militia, Himejima is widely regarded as the strongest Hashira in generations. A testament to his power is the fact that he once killed a demon unarmed — and that was before he joined the Corps.