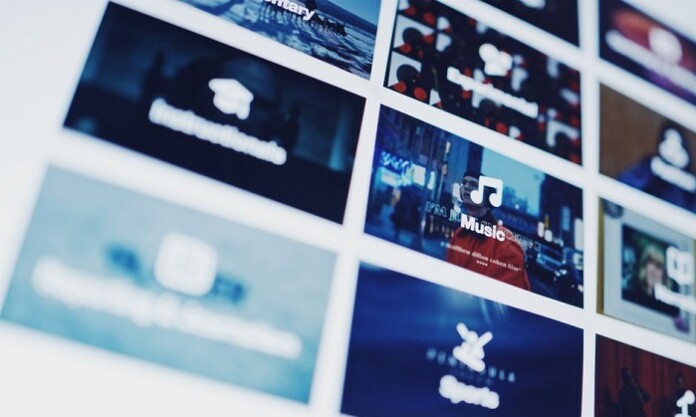 Do you know the most attractive cord cutting deals? If you don’t and would love to, read on…

The other day, I met my colleague arguing with his 17-year old son about ditching the cable TV. "Why should I ditch the old cable TV and join the 'cord cutters'?” he screamed. “We've been subscribed to the cable TV since you were born. What's so special about cutting the cords anyway? It's not like there's anything attractive".

His son gave him a jaw-dropping response; “If you had ditched the cable TV since I was born, you would have saved up to $13,000 for yourself".

Don’t worry, I won’t bore you with the maths. But his son estimated the nominal cost of an online TV subscription for 17 years and compared it with the cost of subscribing to cable TV for the same time frame. Smart! Isn't he? You can be smart too, after reading through this, you should see quite some attractive cord cutting deals you can exploit and save some dollars for yourself.

Statistics show that in the third quarter of 2017 alone, a million more US cable TV subscribers set out to join the tens of millions of cord cutters in the country. But what makes cutting the cord so attractive to the growing US population? A good number of hot deals in the market is certainly the force of attraction, pulling many people from traditional forms of TV viewing to other alternatives (like streaming).

Internet streaming seems to be taking over the TV entertainment world. In fact, if there are attractive cord cutting deals out there, almost all of them are related to accessing your TV content through the internet. But of course, there are other non-streaming options that can be exploited. We have enough time to discovers these deals, but let us first have a look at what it takes to go cord cutting. 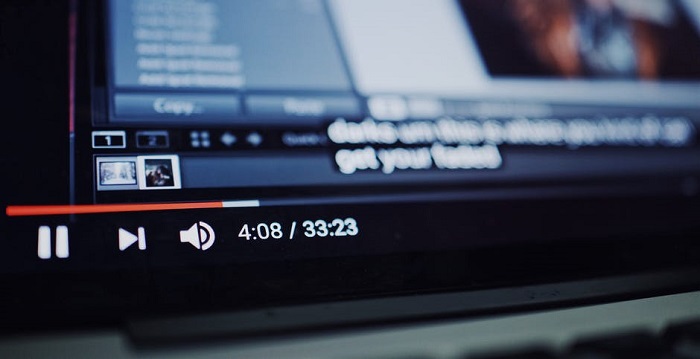 HD antennas digitally receive signals from broadcast stations at a better quality compared to the cable or satellite TV. They come in various brands, broadcast range, and shapes, and are a great tool to access attractive cord cutting deals. With one of these antennas, you have free access to over the air (OTA) television. Somehow, your location could have an impact on the antenna that will best meet your needs. Of course, your budget is also key. Some entertainment giants like Amazon are known to have amazing deals for streaming devices.

Do you want to connect to your TV to the internet? A streaming box allows you to do just that. It is another great device that will grant you access to attractive cord cutting deals. They too come in various types and shapes and are available on Amazon and other TV entertainment websites.

Attractive Cord Cutting Deals For You

For many people who switch from cable TV to streaming, deciding which platform to subscribe to is a problem. Their decision often depends on subscription cost and the channels available for streaming.

Let us take a closer look at the various streaming options and see if these two factors (the available content and the price tag) will help us identify the option that best suits your needs. These are the most attractive cord cutting deals you will find anywhere in the entertainment industry.

Amazon, one of the giants of TV streaming, has a monthly subscription of $9 or a bulkier and cheaper $99/year subscription which saves you some extra $9. You might want to consider subscribing to the yearly deal.

Amazon Prime Video gives you access to varieties of movies, original shows and exciting programs like Transparent, Alpha House, The man in the High Castle, and Mozart in the Jungle. You’d also get full access to Comedy Central, MTV, Nickelodeon and HBO's classics catalog. Added to this, you'd be able to stream live TV from AMC and ESPN. A great deal for anyone who really wants to get entertained.

This is unarguably the most popular video streaming platform. It comes with a monthly charge of $799. The family plan allows up to 4 simultaneous users and costs $1199 per month.

Netflix airs some of the most popular original shows in the industry. Shows like Orange is the New Black, Dear White People, House of Cards and Stranger Things. This makes it one of the many attractive cord cutting deals you wouldn’t want to miss.

A movie-only platform that provides its subscribers access to lots of classic movies, Filmstruck’s non-criterion level costs $6.99. The system grants you access to a library of old time classical movies you may have long wished to watch. It’s a big archive of memorable content if you are a motion picture fan.

HBO is a little pricey when it comes to subscription but quite affordable if you’re getting it with a TV package.  Without such packages, you will need to keep some $14.99 handy every month. But you get the enjoy the service free during your first month of subscription. You think it’s expensive, wait till the next session of your favorite series and see if you wouldn’t want to continue with the deal.

If you love Game of Thrones, you sure would love HBO which now has the original show in stock. Other interesting content like Westworld, Curb Your Enthusiasm and Veep are available on the platform too. Some good news; HBO is available as add-ons in web TVs like Direct TV, Sling TV, PlayStation Vue, and many others. If you’re stuck looking for some attractive cord cutting deals, you may want to consider HBO.

Another amazing streaming service, Hulu currently charges a monthly fee of $5.99 for its basic service. With access to over 50 channels excluding AMC, Comedy Central, MTV, Nickelodeon, Startz, and Discovery channels, your entertainment experience is sure to go one step higher. It is no doubt one of the many attractive cord cutting deals available in the entertainment industry today.

It's Showtime! Owned by one of cable TV’s top guns, CBS. They charge you a basic $10.99 per month and have their service compatible with almost every device and platform you can possibly imagine. Showtime is just another great deal for those who are considering cutting their TV cords.

Owned by Dish Network, Sling TV grants you access to the latest movies, entertainment shows, sports, cartoons, and lifestyle channels. You get all these for a basic monthly subscription of $20. Should you want to take the experience a little higher, Sling TV provides two other packages with even more channels and TV content.

From its name, you would probably imagine that Fubo TV is a sport-inclined TV streaming service. Guess what? You imagined it right! At a promotional rate of $35 per month (its normal monthly fee is $50), you can enjoy exclusive access to the major sports channels and content in America.

Fubo TV offers close to 70 channels including NBC, Fox, FX, USA, and A&E. Naturally, you wouldn’t find big names like CBS, ABC, AMC, Comedy Central, MTV, Nickelodeon. You are however guaranteed the best sports channels you can imagine. So even sports fans have some attractive cord cutting deals at their disposal.

PlayStation Vue is one of the household names in the world of online streaming. Owned by Sony, you pay a monthly fee of $39.99 to access the service’s basic offer. PlayStation Vue probably offers more local networks than its competitors. Some great channels available include; NBC, ABC, Fox, and NBC.

For this AT&T-owned online TV provider, an entry-level subscriber pays $35 monthly. DirectTV Now is considered one of the juiciest deals out there. It is one of the many attractive cord cutting deals you will not want to miss out on if you are thinking of switching from cable TV to online streaming.

We all know the name YouTube. Perhaps what we did not know is the fact that they are into live TV streaming too. With a basic subscription fee of $35 monthly. YouTube TV offers you over 40 Live channels. And with up to six accounts per household and cloud DVR with no storage limits, you’re in for an amazing TV entertainment experience. YouTube TV is one of many attractive cord cutting deals you should really consider.

There are other interesting options like Crackle (which offers great TV content), Twitch (for gamers) and Vevo (for music lovers). These are free to exploit and will give you one more reason to consider ditching your cable or satellite TV subscription. You really don’t want to miss out on these.

So What Should I Go For?

Is the list of attractive cord cutting deals long enough to make it difficult for you decide which option to go for? Well, making a choice will depend on what exactly you want, how you want it, and how much you budget for it. Never again should you get stuck with exorbitant bills on cable and satellite Television; at least not in 2017 when technology has so improved and everything is becoming cost-effective. If cost is an issue for you and you’d like to enjoy blockbuster movies and some really cool TV content, go for options like Amazon Prime Video, Netflix, and Filmstruck.

For those who’d prefer a full web TV access, PlayStation Vue, DirecTV Now, YouTube TV, Hulu and Sling TV are highly recommended. Feel free to pick any of them and navigate your way to the most entertaining shows in the TV industry. And if you want to get a better experience, go for upgraded packages of these services. Of course, they will cost you a little more than the basic packages, but they will still be far less expensive compared to cable and satellite TV subscription.

The attractive cord cutting deals mentioned in this article will no doubt offer you entertainment at its best. That notwithstanding, you may still need more than one subscription to enjoy all the content you seek. Well, that’s no problem at all! In fact, with such an option, you are guaranteed even more channels and content at a cheaper rate.

Are you a "watch everything" viewer? The best mix of cord cutting deals for you is HBO. Now, Netflix, Hulu, CBS All Access and Sling TV. All of these combined may be costly, but the combination is still about $205 lesser than your regular cable or satellite TV.

If you're a News fanatic, the best deal for you is Sling TV. It has all you need and can save you up to $660 every year. For the sports enthusiasts, your best deal for both cost and content will be Sling TV, with additional subscriptions to sports packages. With Sling TV, you save up to $340 per year.

The general or normal family cable viewer will need to combine Hulu, CBS All Access and Sling TV. You will still save some $408 every year. And for the movie fans, a combination of Netflix and HBO Now will do the magic. Subscribe to these two and save $352 yearly.

Now you know some very attractive cord cutting deals; you know that you can effectively do away with your cable and satellite subscription, and still enjoy the best of TV and entertainment. Perhaps what you didn’t consider is the fact that you could save at least $400 in a year if you went cord cutting. Maybe you should reconsider your decision to stay glued to cable TV. It is up to you to determine whether you’d save more and have flexibility over your preferred shows and channels (by going cord cutting), or continue to pay very high bills for cable subscriptions that are fast losing their grip in the entertainment industry in America.