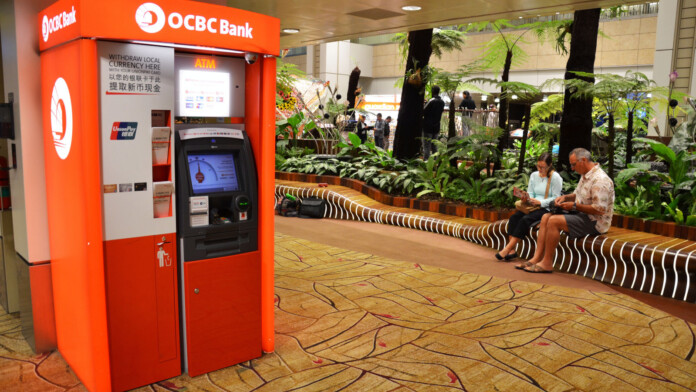 The OCBC Bank (Oversea Chinese Banking Corporation) is rolling out a new type of ATM in Singapore, which is relying on facial scans instead of card-based identification. Of course, for starters, users will only be able to perform balance queries as the new ATMs haven’t been thoroughly tested yet, but soon, withdrawals and other transaction types will be added to the mix. According to OCBC, balance queries and cash withdrawals account for almost 80% of all transactions using Singaporean ATMs, so the new system may help speed things up significantly.

The new facial recognition feature is based on the “SingPass” technology, which is a digital ID system created and controlled by the government, counting about 4 million registered citizens at the moment. Already, there are 340 government agencies and 1,400 public and private services that have connected with the SingPass database, and the number is growing. As it seems, financial institutes and bank transactions are next on the list.

The long-term plan for OCBC is to omit cards altogether, eliminating the risk of card skimming or physical theft. Singaporeans are known for their openness to adopt new digital tech, and already, 40% of the bank’s customers are solely relying on e-payment systems like PayNow. Back in July 2019, OCBC launched QR-code cash withdrawals at its ATMs, with the adoption of that growing by 88% in 2020. In this context, the face verification system is just another addition to the digital services platform and not the giant leap that it would be in almost any other country.

As for the system’s safety, this is up to GovTech to ensure who is operating and securing the SingPass platform. There are already various MFA options for people to choose for secure sign-in, with physical devices being the choice of tens of thousands for this purpose. Since December 2020, SingPass also offers SMS-based one-time-password tokens for letting family members gain temporary authorization, which may not be absolutely safe. Still, it is a step towards keeping things in check.

Of course, the matter of biometrics is a controversial one, and there is certainly a respectable number of people who would prefer to keep their face scans away from any databases. For now, SingPass isn’t mandatory and OCBC won’t change all their ATMs to face-scanning kiosks overnight. If you have a SingPass and you want to give the new system a go though, visit the bank’s main branches in Tampines in the Central Business District.