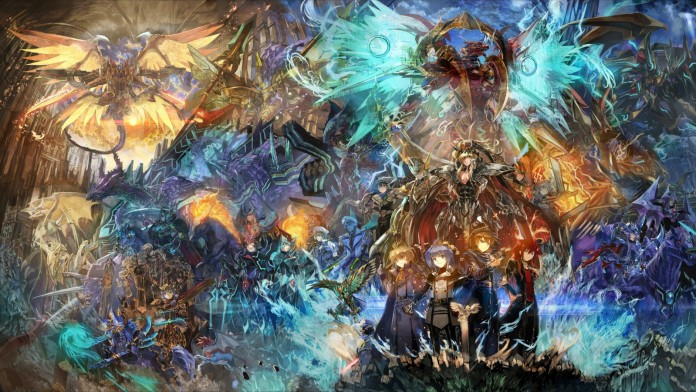 A new season of "CARDFIGHT! VANGUARD" is coming soon! The team has revealed the full list of the cast and crew involved ahead of its sequel's release. The upcoming sequel, subtitled will+Dress, has also revealed details about the song artists that will sing the opening and ending themes.

Argonavis feat. Nayuta Asahi from GYROAXIA performs the opening theme song, "Black & White," written, composed, and arranged by FLOW's Take. The unit Call of Artemis performs the ending theme song "Do the Dive." Fans looking to watch the first two seasons can check it out on Crunchyroll.

"Cardfight!! Vanguard will + Dress" has just revealed the designs for the series' new characters. Moreover, the voice actors playing these characters have also been revealed. According to reports, Ryūtarō Suzuki is the series' new director, taking over from Ken Mori, now in a chief director position. Several other designations have changed for the upcoming series.

Satoshi Nakamura is now in charge of the series scripts, replacing Mori and Natsuko Takahashi. On the other hand, Tomokatsu Nagasaku is now a character designer alongside Hiroyuki Saita and a chief animation director alongside Ga Young Park and Hatsuhi Yoshitake (Hiroyuki Saita is no longer chief animation director). Check out the main cast members for "Cardfight!! Vanguard will + Dress" below:

Crunchyroll, which is currently streaming the first two seasons of the series, officially describes the story of "CARDFIGHT!! VANGUARD" as:

"Third-year middle school student Yu-yu Kondo lives in Kanazawa city of the country of Kaga. Being unable to reject requests, Yu-yu often gets caught up in his sister's hobbies.

When Yu-yu could no longer bear it and ran away from home, he was saved by Megumi Okura. Megumi invites Yu-yu to the Night Amusement Park "Wonder Hill" where her friends gather.

The amusement park is where many youths of the Vanguard-centric group "Team Blackout" gather.

And this is how Yu-yu encounters Vanguard and was drawn in by the appeal of Vanguard and the world and friends he had never seen before."