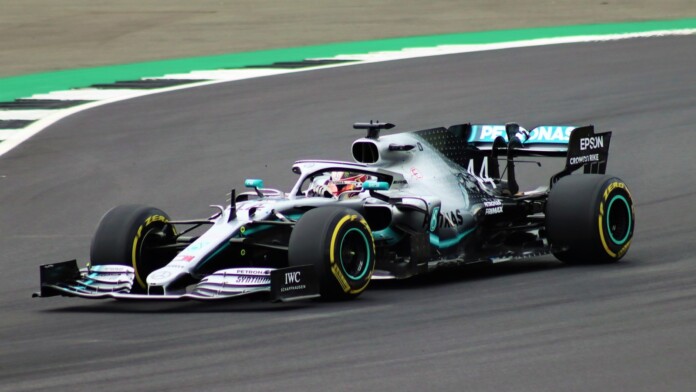 Another Formula 1 race is coming, and we’re eager to see who will win this time around. The British Grand Prix will start soon, and we intend to watch the whole event online.

The first time the British Grand Prix was held was back in 1926, and it has since changed circuits several times. Nowadays, the event is held at the Silverstone Circuit.

This race is one of the oldest in the Formula One calendar, and one of two that have been staged every year of the championship (the other being the Italian Grand Prix).

The racer that managed to take home the trophy in 2019 was none other than Lewis Hamilton. In fact, the young Brit has managed to win the event six times in total, the first one being in 2008, which is quite an impressive feat.

Lewis Hamilton has also won the previous two F1 races – the Hungarian Grand Prix and the Styrian Grand Prix. This puts Hamilton at the top of the World’s Drivers’ Championship standing list. Valtteri Bottas was the one who took the prize for the Austrian Grand Prix.

The 2020 British Grand Prix will feature several practice rounds on July 31st and August 1st, but the big race is scheduled for August 2nd. All events are broadcast over several ESPN channels.

Check the schedule below to know when you can watch.

How to Live Stream the 2020 British Grand Prix?

It’s easier than ever to watch TV online in today’s world because there are numerous cool live TV platforms to help you reach all your favorite channels, and then some. When it comes to watching ESPN online, there are a few options in front of you, starting with fuboTV.

fuboTV is only now adding ESPN to the channel list, so you won’t actually be able to watch the practice rounds from July 31st, but you’ll catch anything from August.

ESPN channels will be available in the main bundle on fuboTV, but you can pick any of the plans they have, as they feature extra channel packs and premium networks. Of course, you can also add these on your own to enhance your experience. Also, take a look at the add-ons that can expand your cloud DVR storage space capacity or the number of simultaneous streams.

fuboTV works only in the US, so if you want to access it from abroad, you’ll need a VPN. You can click here to find out more details.

Other Ways to Watch the British Grand Prix Online

ESPN is a popular channel with streaming services, so you can find it in quite a few bundles. Let’s see which others you may like.

Hulu – Another service you should look into is Hulu. This one features a single bundle of channels where you’ll find a plethora of ESPN channels. There are also several channel packs and premium networks you can get if you want more networks.

You’ll also notice that when you subscribe to the Live TV service on Hulu, you also get to enjoy everything they have available on Hulu On-Demand, so you get two services. Start your free trial on Hulu now!

Sling TV – ESPN channels are also available on Sling TV. There are three bundles here, but the ESPN networks are only part of the Orange and Orange + Blue bundles. Others are tucked away in the Sports Extra channel packs. You should know that Orange subscribers can only watch content on one device at a time, but Orange + Blue subscribers get four simultaneous streams.

As mentioned, you can customize your experience quite a bit here by adding extra packs and premium networks, as well as an add-on to expand the Cloud DVR storage space. Get $10 off (first month only) on Sling TV Now!

How to Watch The British Grand Prix When Traveling Abroad?

Even though it may be a little bit more complicated, you can still enjoy the British Grand Prix on your home platforms when you’re traveling abroad. To do this, you’ll have to use a VPN, because live TV services are geo-blocked.

This means that as soon as your IP address indicates you’re anywhere else than the US, you’ll get blocked. A VPN can change your IP by routing your Internet connection through their private servers.

Our recommendation is to use ExpressVPN, which is one of the best we ever tested, with thousands of servers in close to a hundred countries, great encryption protocols to secure your data, and more.

You simply have to sign up for an account on ExpressVPN (49% OFF), get the apps, and connect to a US-based server. Keep in mind you have a 30-day money-back guarantee on your hands. Once that’s done, you have to launch fuboTV and start watching the British Grand Prix. As you can see, it’s all fairly easy to do.

Where to Watch the British Grand Prix in Other Countries?

It’s not just the US that gets to watch the British Grand Prix, and you can actually enjoy it across the world, albeit on local networks.