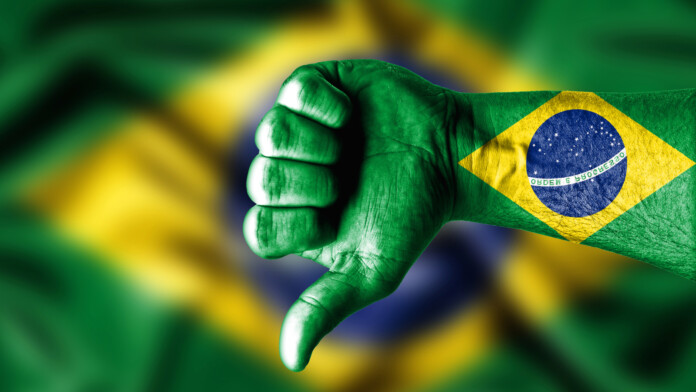 The Cambridge Analytica scandal that caused a huge public outcry in March 2018, is still generating fines for Facebook. The governments of many countries around the world have assigned their data protection authorities to investigate and decide on a fine due to what was going on between the social media giant and Cambridge Analytica since 2013. Thus, the Brazilians have decided to impose 6.6 million reals fine, which corresponds to about $1.6 million. Admittedly, this won’t even register for Facebook’s economics as it is way too small to have any effects.

The country’s Justice Ministry stated that they have determined the number of affected Brazilians to be around 443000, with their personal data being shared by Facebook with Cambridge Analytica on unclear and questionable grounds. This means that Facebook is called to pay about $3.61 for each Brazilian citizen that had their personal data shared with the UK-based data broker. This is a truly minuscule amount no matter how we see it. As the ministry adds, the model of user consent that was followed by the two companies had significant implications for the users, who had their sensitive data exposed.

Facebook claims that there is no evidence that Brazilians were involved in the scandal at all, so they are disputing the decision for the fine and believe that there are is no evidence to prove the alleged numbers. That said, they are planning to submit an appeal, although they have not stated this with absolute certainty. Obviously, the fine is not at all damaging for an entity like Facebook, but they wouldn’t accept to pay it if the legal action to turn it around costs less and has good chances of success. That said, the Brazilian government is indirectly accused of legal adventurism.

In relation to the Cambridge Analytica scandal, Facebook has paid £500k to UK’s data protection watchdog (ICO) in October 2019, but their record was with the U.S. Federal Trade Commission in July. The FTC imposed a staggering $5 billion fine, which was actually small enough to allow Facebook to rebound with a rise in share value almost immediately following the news. The social media platform has presented a new privacy plan that was characterized by vagueness, and so the chapter was closed as if nothing too serious had happened. Some called FTC’s fine a slap on Facebook’s wrist, so Brazil’s fine would be the touch of a flower petal.

What is your view on Brazil’s fine on Facebook? Let us know of your thoughts in the comments down below, or on our socials, on Facebook and Twitter.