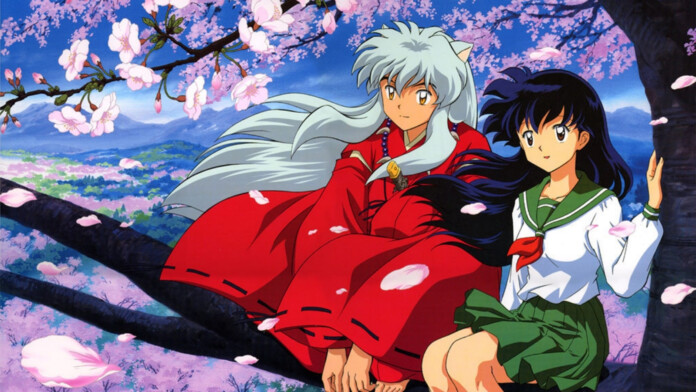 Romance is a major anime genre, but in general, these shows tend to be relatively short. Finding pure romance anime with more than 50 episodes turns out to be quite a challenge. Instead, when we’re talking about large episode counts, your best chance to get a good romantic storyline is as part of another genre.

Most long-running anime have at least one or two romantic plotlines, but we’ve tried to pick out 10 titles that offer a decent chunk of lovey-dovey content. These shows are listed in order of descending episode length.

This classic Sci-Fi romantic comedy Urusei Yatsura ran from 1981 to 1986 and remains quite popular to this day. An alien species known as the “Oni” shows up to take over Earth. Except, instead of violently invading, they offer a tournament.

The game’s goal is for the human player to touch the horns of the Oni player within one week. The human representative (selected by a computer) is a total slacker called Ataru Moroboshi. At first, it looks like this born loser doesn’t have much chance of touching Princess Lum’s horns. Then with some luck and a (very lewd) trick, he manages to save Earth from invasion. He also manages to “propose” marriage to Lum in the process, which she accepts and moves in with him. Except Ataru already has a girlfriend, who promised to marry him if he won the competition.

Cue 195 episodes of comedic misunderstandings as Ataru tries to figure out what (and who) he really wants in life. It’s lighthearted and a little old-school by today’s standards, but Urusei Yatsura is definitely worth a watch. Sadly, the show isn’t currently streaming, so your only legal option is to buy it on DVD or BluRay – if you can find them.

Inuyasha seems to feature in just about every list of long-running anime we write. Yet, in any article about romantic anime, it would be unthinkable not to include this title. This is a romantic, adventure isekai (other world) anime where a girl finds herself in a parallel world. One that’s set in a past era of Japanese history.

It turns out that she’s the reincarnation of a powerful priestess, and she created a powerful artifact that’s inside this girl’s body – an artifact many creatures and people would like for themselves. Under attack shortly after arriving, she enlists the help of the half-demon Inuyasha, who her previous incarnation put to sleep with a magical arrow, pinning him to a tree.

They fight off the attack, but the artifact is shattered into many pieces and spread across the land in the process. Using magic to keep Inuyasha at bay, they head off to retrieve the pieces so they don’t fall into the wrong hands – an adventure that also starts the development of a legendary anime romance.

Ranma ½ is one of those famous titles that you’re probably aware of, at the very least. A classic ’90s anime, it tells the story of Ranma Saotome and his dad Genma. In their training travels, they fall into magical cursed springs. Each being cursed in a unique way. When Ranma is hit by cold water, he switches sexes. His dad, on the other hand, turns into a panda. Hot water switches them back.

This sets the stage for a quirky, hilarious romantic comedy. Ranma ends up in an arranged engagement with another martial artist, the hot-headed Akane. Although, at first, neither agrees with the betrothal, what follows is the development of a now-legendary love-hate relationship across many adventures.

Sword Art Online is a popular show that treads a now-familiar trope of MMORPG players that become trapped in the game world. It’s 2022 (OK, maybe a little optimistic), and the world is immersed in playing realistic VR games.

Sword Art Online is the latest hit. Everyone is having a good time, but then they find that they can’t log out. Anyone who tries to remove the VR gear will cause a player’s death. If you die in the game, you die in the real world. This isn’t a game anymore. The only way to make it out is to defeat the 100-floor dungeon.

Our hero Kirito has the skills to pay the bills, thanks to his status as a beta tester. So far, so little romance, right? Well, in addition to the Matrix0lite plotline, Kirito meets a girl in SAO named Asuna who becomes his love interest, and their relationship is foundational to the story as a whole. So if you like fantasy adventure mixed in with your hero-heroine lover pair, SAO certainly passes muster.

Maison Ikkoku is probably one of the most purely romantic anime on this list. Based on a manga that ran through the first half of the ’80s, the anime aired during the latter half of the decade. So you can enjoy some of the nicest ’80s anime aesthetics this side of Video Girl Ai.

In this slice-of-life romantic comedy, we see life at Maison Ikkoku. That’s the name of a boarding house in a town called Clock Hill, home to Yusaka Godai.

Yusaka is a good guy but is easily tricked or walked over by the other residents. Before he can move out for good, a beautiful new manager takes up residence. It’s love at first sight, and he decides to hang around longer. The manager, Kyoko, has a tragic backstory: she married her high school teacher at a young age, but he passed away shortly after.

Yusaka works to build a relationship with Kyoko and lessen her heartache, but another suitor soon comes into the picture, setting up a love triangle. Well, actually, it’s more of a square when yet another girl almost accidentally enters the reckoning.

The shape becomes even more complicated over the run of the series, which results in the entertaining rollercoaster viewers stuck around for nearly 100 episodes in total. This is another classic romance anime that isn’t legally available at the moment to stream anywhere. BluRays are rare and incredibly expensive, so we do hope some of the big streaming outlets manage a license for this series at some point.

Rurouni Kenshin tells the story of a mysterious swordsman with a dark past who wanders into a town one day. An affable and seemingly harmless guy, Kenshin is actually the Hitokiri Battousai, a “sword-drawing manslayer” famous from the recent war.

He wants to leave that all behind. However, in the town we first meet him, someone is going around claiming to be him and attacking people. He meets the inheritor of a local dojo, a girl names Kaoru, and since this imposter is causing her problems, Kenshin sticks around to help end the attacks.

A spark between Kenshin and Kaoru makes him stay around even after this first conflict is resolved. This leads to a long romantic buildup but also plenty of tragedies over the course of this amazing loosely historical anime.

On the surface, this show might look like your typical shonen fodder. However, it’s both a cracking fantasy adventure and has a strong romantic undertone. Several characters, including the main hero, have important romantic subplots, and you’ll be rooting for them all throughout.

The Seven Deadly Sins are a group of eclectic warriors, all of them something more or something other than human. They’re wanted for a treasonous crime they did not commit and hunted by Holy Knights and the Ten Commandants – a demonic group of powerful beings. This show gets into epic mode quickly, with a massive war between heaven and hell. The romantic subplots in this are great, but it’s a fantastic show overall.

First airing in the early 2000s, Full Metal Panic! was one of our favorite shows almost 20 years ago. Unbelievably, the latest of the four seasons has only been released in 2018.

Sgt. Sagara Sousuke was a child soldier and is now a young member of a private military organization with access to fantastic technology. This is thanks to the “Whispered,” a group of people born during a freak scientific accident that made them conduits of sorts of advanced scientific knowledge. This “black technology” makes the Whispered incredibly valuable. Kaname Chidori is one such Whispered, though she doesn’t know it yet. Sagara’s organization learns that she might be targeted for abduction, and so they need to keep an eye on her. Since Sagara is the only one among them of school age, he goes undercover in her school.

The thing is, Sagara has no idea how normal life works, which is where the comedy of having a professional military killer in a high school comes from. Over the course of the series, he works to protect Kaname in the face of real dangers and repeated misunderstandings. As you’ve probably figured, the romance in this military mecha sci-fi show is the one between Sagara and Kaname. It’s heartfelt and feels well-earned. Although the latest season isn’t as strong as the first one, Full Metal Panic! is well worth watching as a romantic adventure and as a thrilling action show.

Fushigi Yuugi: The Mysterious Play is a romantic fantasy isekai show that holds a special place in our hearts as one of the best slow-burning romance shows we’ve watched. It’s a beautiful example of ’90s anime and a really intriguing adventure.

Miaka and Yui are two friends who get sucked into a book, throwing them into a version of ancient China. Yui gets ejected almost immediately, but she can follow along with Miaka’s adventures by reading the book “Neverending Story”-style.

At first, Miaka wants to go back home, but she meets Tamahome, a Celestial Warrior, and falls in love with him. This is a source of internal conflict for Miaka over the course of the story, but even more troubles await since Yui’s part in the story is set to be more than just an observer.

This is a new adaptation of a manga that had already been adapted into a 26-episode show back in 2001. It was fairly popular then, but this new version (which is ongoing) is much longer and covers much more of the source manga for that reason. The intention of this version of the show is to adapt the entire manga.

The story starts with a tragedy. Tohru Honda loses her mom in a car accident and decides to live with her grandfather. For various reasons, she’s forced to move out of his house in short order, and instead, she has to fend for herself – now being homeless. When a landslide destroys the tent she’s living in, she finds refuge in a nearby house inhabited by her classmate and his cousins.

She discovers that these boys are cursed to transform into various Chinese zodiac animals under certain circumstances, including being hugged by a member of the opposite sex – which feels a little inspired by Ranma when we think about it.

Swearing not to reveal this secret, she’s allowed to stay. However, becoming a part of this strange household leads down both good and dark paths.