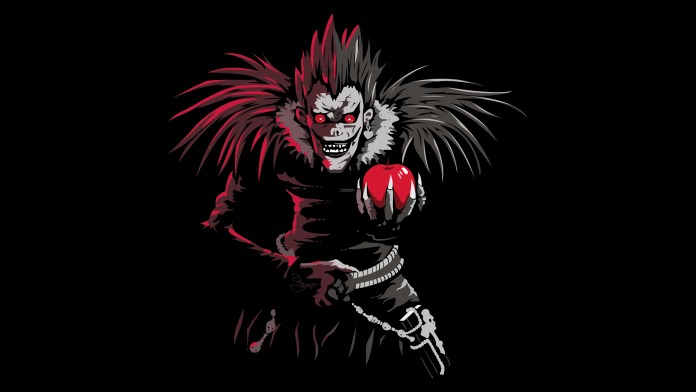 Over the past few years, Netflix has added several popular anime series to its streaming platform. With the rising popularity of the anime genre, more and more manga and light novel series are being adapted into TV form. Upon reading this, fans would assume that the streamer's library is full of English subbed anime since it's what's most popular. However, Netflix has an ever-increasing database of dubbed anime for fans to enjoy. So if you're an English dub fan, don't miss out on these English-Dubbed Anime on Netflix.

Black Butler follows a young boy, Ciel, and his demon butler Sebastian. Ciel is tasked with solving crimes in the underworld of Victorian-era London and has formed a contract with demon Sebastian Michaelis to seek vengeance on those who tortured him and murdered his parents. The two investigate many mysteries together, most of which fall on the supernatural side of things.

Both seasons of the anime adaptation are available to watch on Netflix. Their OVAs, including "Book Of Circus" and "Book Of Murder," are not currently on Netflix, but fans hope they'll be available in the future.

Hunter x Hunter follows Gon, a young boy who undertakes a dangerous journey as he works to find his father. During his journey to find his father and become a hunter, Gon meets some peculiar test takers at the Hunter Examination who become his closest friends. The group goes on several adventures together, each member with their own goal.

The manga adaptation is still ongoing, but the anime adaptation is complete. The adventures include dealing with the deadly Phantom Troupe, fighting Chimera Ants, and participating in a fighting arena. After many trials, Gon reunites with his father, bringing closure to the anime's finale.

One of the most popular and iconic English-dubbed anime on Netflix, Death Note is perfect with its concise and to-the-point storytelling. It's the kind of anime that your friend who never watches anime has also watched! The series follows the story of a high school student called Yagami Light, who gains the power to kill anyone by simply writing a name in a book called 'Death Note.'

Light acquires the book because a bored Shinigami (a god of death) decides to throw his Death Note into the human world. Light's antics soon attract the attention of a detective called L. With L on his case and the Shinigami Ryuk on his shoulder; Light must make sure to enact his plans without getting caught.

Another one of our generation's most iconic anime series, Fullmetal Alchemist: Brotherhood, follows the adventures of 2 brothers, Edward and Alphonse Elric. The series is the second anime to be adapted from the manga series Fullmetal Alchemist, but unlike its predecessor, this adaptation remains faithful to the original storyline.

When an alchemy experiment goes wrong, brothers Edward and Alphonse must heal the emotional, and physical damage caused. Don't miss out on this brilliant anime as it features fantastic action sequences, well-written characters, and a conspiracy, all of which begin to unfold with the mention of a philosopher's stone.

Production from the same studio as the critically acclaimed Demon Slayer, Fate/Zero is the story of the Holy Grail War fought between 7 mages (sorcerers). The story centers around 7 mages who must fight to acquire the Holy Grail that can fulfill any wish. While the fate series has other anime series like 'Fate/Stay night' and 'Fate/ Apocrypha,' Fate/ Zero is where it all begins.

However, the rules of war are not so simple: Each mage must call upon a "servant" who is a historical figure everyone has read or heard about through the centuries ranging from legendary knights to demigods. The series features spectacularly filmed battle sequences and brilliant dialogues between the Mages and their "servants" as they make their way to battle.

A popular dark fantasy series, Soul Eater, sees shinigami (spirits of death) going to school where they hone their skills and are paired up with weapons that are humans. The episode's plot follows Maka Albarn, a "meister" in the academy, and her living weapon, Soul Eater. To become the coveted Death Scythe, they must collect one witch's soul and 99 evil humans.

After episode 35, the series began deviating from the manga it was based on, which ultimately created an original anime ending. However, it still has one of the best and most interesting storylines for dark-fantasy anime and one of the best English-dubbed anime on Netflix!

A relatively cute and magical anime, Little Witch Academia will remind fans of several different fantasy fiction movies and shows they've witnessed over the years. The series follows a young witch named Akko, who wants to become a full-fledged witch to help people and make everyone happy.

This coming-of-age fantasy series has enough drama and mystery to keep you glued to your seat. While Akko's powers are limited and not very significant, the little witch tries everything in her power to compete with the others. The series also shows her adventures with other young witches, whom she befriends along the way.

This anime does quite an interesting take on the subject of biology. Cells at Work has a unique and intriguing way of explaining things like the White Blood Cells, and Red Blood Cells found inside the human body and creates interesting interactions between them.

Every character is given a different personality, and much like any other person on the planet, they have tasks assigned to them. The series focuses on the daily lives of these organs and how they help the human body maintain its health.

The action-sci-fi anime Gurren Lagann follows the lives of Kamina and Simon, 2 boys raised in the same underground village. While both come from the same place, they are quite different. While Kamina is more spontaneous and a maverick, Simon is timid and reserved. Even though Kamina and Simon are contrasting personalities, they are as close as brothers and often find solace in their friendship.

The story of Gurren Lagann is set in a future where Earth is ruled by the Spiral King, Lordgenome, who forces humanity to live in secluded underground villages. When Kamina and Simon discover a small mecha resembling a face called a "Gunmen," they name it Lagann and begin their journey to reach the surface!

The Devil is a Part-Timer! is an excellent comedy series that follows the story of the literal devil, Satan, who wants to conquer the world of Ente Isla. However, when confronted by the Hero Emilia, he is forced to retreat through a gate that transports him to modern-day Tokyo, Japan.

To survive and find a way to return to Ente Isla, Satan adopts the name Sadao Maou and gains part-time employment at a fast-food restaurant called MgRonald's, a parody of McDonald's. Fans who like to binge-watch tv shows and animes should check out this short masterpiece.

We hope you liked this list of the top English-Dubbed Anime on Netflix. Let us know your favorite by clicking the button below!

Read Next: Best Anime For Beginners