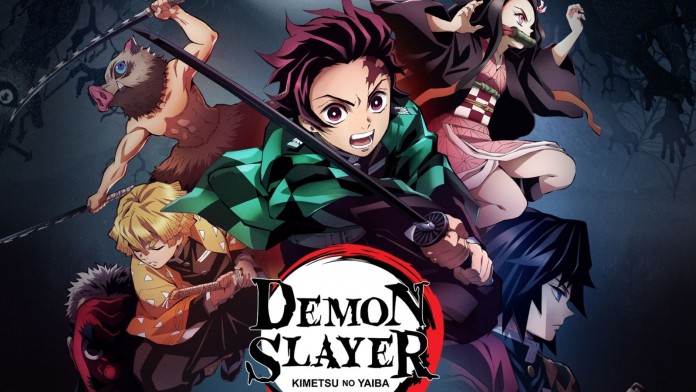 Demon Slayer has some of the best anime episodes that anyone has watched in their entire lives. We're not kidding. With such an intriguing plotline and graphics, it deserves to be liked by the masses. It is a no-brainer that Demon Slayer is one of the most liked anime of the current times.

If you aren't already aware, Demon Slayer is an anime based on the manga of the same name. The story revolves around a little boy named Tanjiro, who is struck by a tragedy when a demon attack kills his family, and his only surviving sister is also turned into a demon.

The story progresses from there as Tanjiro joins the Demon Slayer Corps and vows to turn his sister back into a human. The anime has a stunning arsenal of 44 episodes. So it is obvious that there will be some episodes that you will end up liking more than the others. And that's exactly why we're here! We have quite a lot of favorite episodes too.

We've made you a list of Demon Slayer episodes that we think are the absolute best. We're sure you'll agree with us. If you don't, let us know in the comments below! Now sit back and enjoy reading.

This episode was pretty fun to watch. Inosuke was our favorite thing about the episode. He is always entertaining to watch anyway.

We saw the Boar-headed Demon Slayer break all his bones and go Orochimaru mode to enter a cave underground. No kidding. He became a snake for the sake of entering the cave. He enters the cave, and we see a lot of women stuck inside the Obi demon that Daki used. Well, Inosuke didn't like what he saw.

Apart from that, there was a bit of emotional drama between Daki and Monjiro (Inosuke is starting to rub off on us). We'll leave the rest for you to watch.

This episode revealed the strength of an Upper Kizuki Demon. When Tanjiro and Inosuke just managed to slay Enmu, another several times stronger enemy appears. This enemy is Upper Kizuki Three—Akaza.

Akaza wanted to convert Rengoku into a demon. Of course, Rengoku took the offer as an insult and immediately declined. Then the demon and the Flame Hashira end up exchanging fists. The episode ends with the uncertainty of whether Rengoku survives the battle.

Overall, the episode was pretty intense and action-packed.

This is the last episode from one of the most overwhelming arcs of Demon Slayer anime. And it did not disappoint at all. After such an intense series of fights, our demon slayer squad defeated the Demon siblings Daki and Gyutaro.

Nezuko ends up saving everyone from Gyutaro's blood demon art. Thankfully, our boys are all alive, even if their condition was not so good. The beheaded demons end up berating themselves. Monjiro cannot see that and reminds them that the siblings are the only ones there for each other.

The episode was pretty emotional because of the sad flashback. It reminds Gyutaro and Daki of their past life, back when they were still humans. The show has a knack for making us not hate the villains by giving them a really sad back story, Which is PRETTY frustrating if you ask us. We think it was a perfect end to such an overwhelming episode.

Nezuko was the star of the episode. Hands down! She left Daki anxious and scarred for life with her transformation. We mean, did you see the way Nezuko destroys Daki's head with a single kick? That was pretty badass.

Daki was already pretty shocked to see how fast Nezuko could heal her injuries, even after never eating humans. But Nezuko loses control over herself when she sees an injured girl on the street. Thankfully Tanjiro is present to stop his sister from doing the unthinkable. He sings her a lullaby and makes her fall asleep.

All this happens while Tengen is on a face-off against Daki. Daki reveals that she is not alone, and Gyutaro appears. Gyutaro is Daki's sibling who shares her Upper Kizuki Six ranking. The intensity of battle increases from this point on! We'll not reveal any more detail. Trust us, you're in for a ride! Watch the episode if you haven't.

This episode one-ups the previous one. Monjiro makes Nezuko fall asleep after she almost loses control. Meanwhile, Tengen is stuck in a bind when Gyutaro suddenly appears. He is surprised to see Tengen standing even after being poisoned with his blood, much to the demon's disappointment.

We even get a glimpse into Tengen's brutal past, which angers Gyutaro more than anything. A fight breaks out, and thankfully, Tanjiro and the team make it in time. Daki takes on the trio, and Tengen fights Gyutaro. The entire arc is pretty overwhelming as it is; it's not a surprise that this episode made it on this list.

By now, the episodes keep getting better with each release. There were a few flashbacks of Tengen with his wives to soften the intensity of the battle ensuing in the Entertainment District. We really liked how this episode was so perfectly balanced.

We didn't like how Gyutaro stabbed Inosuke while he was trying to escape with Daki's head so that she won't be able to reattach it. Tanjiro wasn't thrilled when he saw that. And then there was the Obi demon that constantly kept attacking Tanjiro and Zenitsu.

What intrigued us the most about these episodes was that they kept ending with a nail-biting cliffhanger. It was borderline annoying but kept us asking for more. We must say, it was a brilliant strategic move by Ufotable Studios.

"Set Your Heart Ablaze" made even the toughest hearts shed a few tears. We ended up losing the glorious Flame Hashira, Rengoku Kyojuro. Our hearts broke when we saw that smile on his face before he took his last breath.

Rengoku left his last words with Tanjiro, who couldn't help but call Akaza a coward (figuratively) when the demon was trying to escape after downing the Hashira. The episode managed to trigger a lot of emotions in us when Rengoku said, "Set your heart ablaze," and it was in a good way.

Yoriichi Tsugikuni made an appearance in this episode. Not literally, since we only caught a glimpse of his in Daki's memories. His appearance opened a lot of gates for us, but it also increased the number of questions we had for the creators.

Not to forget the fight scenes between Tanjiro and Nezuko Vs. Daki. Those were some really dope scenes plot-wise, and we had one hell of a time watching them. We know for sure that you will end up loving it too if you haven't watched it already.

Read More: Who is Yoriichi Tsugikuni? Is He Related To Tanjiro?

This episode remained one of the most fan-loved episodes on the show. We got the first-ever glimpse of Hashiras, Nezuko's blood demon art, and Tanjiro's Hinokami Kagura dance. A lot was going on.

We still didn't know much about who the demon moons were back then. So it was pretty fascinating to see the spider family and Rui as their leader. We finally realized that there were demons who were far too strong for our lead boy.

Things were finally starting to get interesting. In fact, this episode was so amazing that it would have stayed at the top of this list; if it weren't for the next episode that we will talk about.

We can go on and on about how epic this episode was. Calling it a masterpiece is almost an understatement—that's how great the episode was. The battle between the demon slayers and the demon siblings had finally come to an end when the boys managed to behead both the demons simultaneously.

But that was not the end; Gyutaro unleashed his blood demon art one last time in a desperate attempt to take everyone down with him. The adrenaline rush throughout the episode was a little bit too much, not that anyone minded.

We're sure that you agree with us. This episode deserves to be at the number one spot on the list of best episodes on demon slayer anime!

Fun fact: This episode might be the best episode of all time in all of anime. Do you agree with us? Let us know down in the comments below!