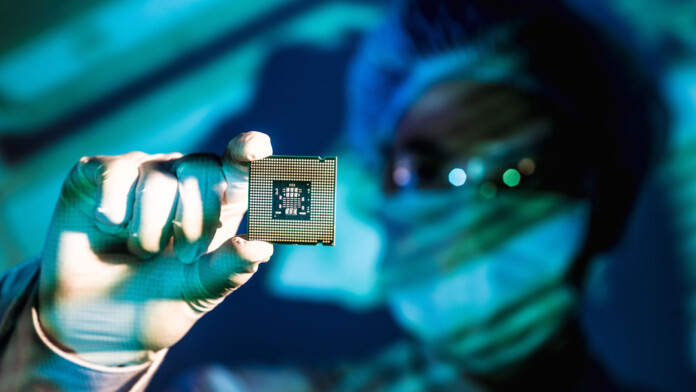 The Japanese telecommunications company SoftBank Group has made it publicly known that ARM is for sale and saw big tech firms immediately consider the possibility. First, Samsung Electronics recognized a rare opportunity, but they haven’t joined the acquisition race for reasons yet unknown.

Being a user of ARM-based chips themselves, Apple should be a natural candidate too, but according to the reports, they have decided not to submit an offer to SoftBank. While rumors include quite a few firms being interested in purchasing ARM, it looks like Nvidia is the most probable buyer, and Bloomberg reports that the American graphics chip maker already made a bid.

SoftBank is a Japanese telecommunications company that purchased ARM in 2016 for $32 billion. The reason why they’re selling ARM is that the COVID-19 pandemic has hit them hard, and they’re basically running out of cash quickly. Their goal is to sell up to $41 billion in assets, and the ARM chip-designing subsidiary is among them.

From a technological standpoint, ARM is a highly valuable entity that designs low-power consumption multi-core chips that are ideal for use in mobile devices. Remember, Apple’s Bionics are ARM-based, Samsung’s Exynos chips are ARM-based, and all of Qualcomm’s chips since 2010 are also based on the ARM architecture.

ARM is licensing its microprocessor core designs to others, and in many cases, they are independently designing them for this purpose. This is the way through which we got Kryo cores on Qualcomm chips and Tegra chips on Nvidia cards.

Reportedly, this “open” licensing model is precisely what doesn’t fit with Apple’s operational model – and the very reason why Tim Cook decided to pass this opportunity. They would have to deal with various regulatory issues and roadblocks for many years ahead, while the certainty around the possibility for antitrust scrutiny made the prospect even more negative.

While it’s still too early to tell, if Nvidia buys ARM, they could very easily enter the CPU market. That would unlock amazing business potential for the graphics maker, creating big worries for Intel and AMD. Moreover, there’s the rise of AI, self-driven vehicle technologies, and IoTs, all creating a hugely positive prospect for ARM’s future.

This is why experts estimate that the deal – whatever that may be – will come at a record-breaking figure. Nvidia’s bids and others remain undisclosed, and it is also important to point out that SoftBank could just be testing the waters here.