Apple Has One More Thing for Us, but What Could It Be? 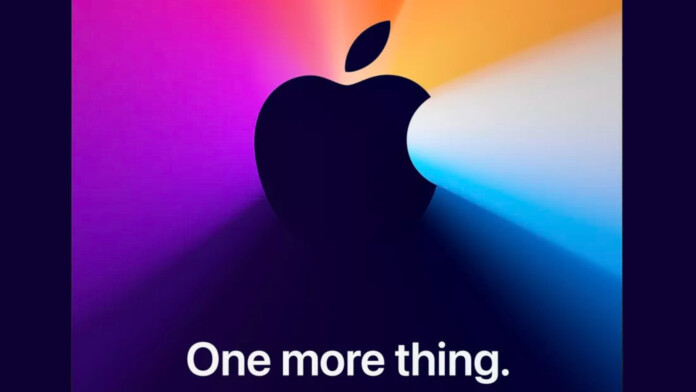 Apple has announced yet another event, and this one is scheduled to take place on November 10, 2020. As usual, the tech giant hasn’t shared any details about what could be unveiled in this event, so people were left to their own assumptions – or hopes, if you prefer. This is the third event to be held in three months.

In September 2020, we had the “Time Flies” event that brought us the new iPad and iPad Air and the Apple Watch Series 6 and the Watch SE. In October, the iPhone 12 series was revealed in the “Hi Speed” event, together with the new HomePod mini.

Among the things that we didn’t see in the previous events but expected to see the most are the “AirTags.” Apple’s Bluetooth tracking accessory remains elusive, so we could see it now. Some rumors from last month claimed that this product would be released in 2021, but these may not hold true.

Others mention the “TestFlight” platform, which is a suite to help developers test beta apps for iOS before they hit the App Store. Apple has been working on bringing TestFlight over to macOS, so we may see a version landing in the event.

On the sound subject, the AirPods Studio has had production delays, the AirPods X, and the AirPods Pro Lite, but the chances of seeing any of that are slim this time. A new Apple TV device was also rumored back in May 2020, but we had nothing on that for months now, so it is unlikely that it has just not been leaked at all.

Those looking for a clue noticed that the logo used in the event brochure is hiding an AR Easter-egg, which resembles the opening and closing of a MacBook lid. So, if we are to deduce something from this animation, it would unquestionably concern a new MacBook powered by a Silicon processor. But then again, you never know.