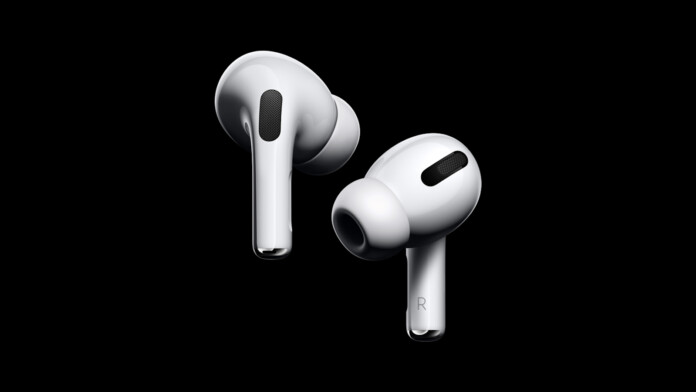 According to recent reports by Bloomberg and Nikkei Asian, the consumer demand for Apple’s latest AirPods Pro is way higher than what the tech giant anticipated. For this reason, Apple has reportedly asked Luxshare Precision who builds the product for them in China, to double the production to two million units per month. As for the regular AirPods model, Apple has also asked Goertek to increase production in their Vietnam factories, although specific numbers for this case have not been made public.

Apple’s latest wireless earbuds are the third generation in the line, and this time they come with noise-canceling and acoustic isolation features. This is a feature that Apple fans have been asking for a long time now, so the demand for the new model is making sense as this isn’t merely a marginal upgrade. People use AirPods in their daily commuting, so being able to listen to what you want without external disturbances is very important. Another key new feature is a more comfortable “in-ear” design that won’t hurt your ears even after extended listening periods. Finally, Apple promises better battery life in this newest model.

Apple is making much money out of its wearable devices, like all generations of AirPods and also Apple Watch is selling like freshly baked cookies. To be able to make the most out of this success though, you need to have reliable and capable hardware manufacturing partners, and Luxshare-ICT proves to be one. In spite of the tariffs that have been imposed by the Trump administration, Apple is continually upgrading its relationship with the Chinese manufacturer ever since 2012, when they contracted them as a peripheral supplier. According to internal rumors, Luxshare has proved what they can do since then, demonstrating ultimate levels of “production aggression” and obsessive attention to quality assurance.

According to Nikkei Asian, Luxshare is aligning to become a big player in tech production, soon to eat Taiwanese companies for lunch. Their revenue has grown by 3445% since 2010, reaching $5.1 billion in 2018. Net profits over the same period went up by 2247%, and their market capitalization has surpassed the $25 billion figure. Tim Cook himself decided to pass parts of the Apple Watches production to Luxshare, calling the company the actual realization of the Chinese dream.

Are you one of the millions that ordered or planning to order Apple’s AirPods Pro? Let us know of your comments in the section down below, or join the discussion on our socials, on Facebook and Twitter.