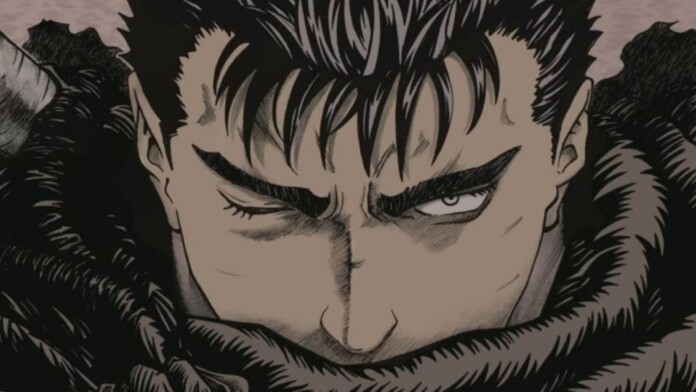 If there’s one thing everyone in the anime community agrees on, it's that badass main characters automatically increase the quality and enjoyability of the show they are in. Their cool personalities and nonchalant usage of overpowered skills make us want to cheer for them no matter how good or evil their actions actually are. In fact, we're pretty sure that after reading this, at least two to three characters have already popped into your mind. Let’s take a look at 10 anime with badass main characters and see whether your favorites have made the cut!

Tokyo Ghoul is set in a world where humans and ghouls coexist. However, with the ghouls’ primary food source being humans, the citizens live in constant fear. After Kaneki Ken turns into a half-ghoul and half-human hybrid, he tries to figure out his identity while desperately seeking to survive the harsh world of humans and ghouls.

Despite being a typical black-haired nerdy character initially, Kaneki’s personality and looks take a complete turn after turning into a half-ghoul and living through horrible events. He turns into a badass character who embraces his ghoul side and strikes fear into everyone’s hearts as the “Eye-Patch Ghoul.”

Kaneki goes from being a wimpy nerd to a strikingly handsome badass, and all it takes is a date with a ghoul.

Overlord is one of the most popular anime with an RPG-type setting similar to SAO. However, its main character indeed cannot be more different from other shows of this genre. Not only is Momonga badass in looks (he is literally a giant skeleton, no idea how anyone surpasses that level of coolness), but he also has magic that surpasses anything in the world he resides in.

With overpowered abilities, a scary profile, and some of the most skillful followers, Momonga is truly one badass character.

The omnipotent Holy Grail, with its promise of fulfilling any desire, sparked three brutal conflicts in the past. Despite this, the affluent Einzbern family is convinced that the Fourth Holy Grail War will be different because they now own a Holy Grail vessel. The Einzberns recruit the dreaded "Magus Killer" Kiritsugu Emiya solely for this reason, with a contractual vow to marry their only daughter, Irisviel.

Kiritsugu now finds himself in the middle of a brutal survival game, pitted against six other players, each equipped with an ancient familiar and driven by their own set of ambitions and values.

Kiritsugu Emiya is easily the most spectacular and impressive candidate for a badass protagonist in anime. He’s clever, powerful, and always acts as if everything is in his control. In any situation where Emiya is present, it is difficult to imagine other characters gaining the upper hand. He is undoubtedly one of the most badass main characters in the fate series.

One Punch Man is a funny gag anime that never gets boring. The story follows Saitama, a seemingly ordinary man with a unique hobby: being a hero. After hellishly training in order to pursue his childhood dream, he is now incredibly powerful. At the simple cost of his hair, no enemy's been able to survive one punch from Saitama.

This has led to an unexpected problem—he can no longer enjoy the thrill of battling and has become quite bored. However, with the arrival of Genos, a 19-year-old cyborg who wishes to be Saitama’s disciple, the duo’s adventures start.

Despite his bald and uninterested look, Saitama has been hailed as a badass in the anime community since the anime’s release. He kills his enemies with minimal effort, focuses on his dreams and ambitions, and is so overpowered that his main struggle is finding capable enemies. Truly, Saitama is the epitome of a badass main character.

The anime is set in 2071, when the space is full of bandits, people with dreams of a brighter future, and treasure seekers. With such people venturing into space, the Bebop crew is a bounty crew that enforces the law. Spike Spiegel, one of the Bebop members, works alongside Jet Black to take down bounties. However, Spike's past haunts him and inches closer than ever.

Filled with action and comedy, Cowboy Bebop is one of those shows that almost every generation can love. Spike's fighting skills and his intellect increase with time, and his transition from a frail character to the calm and badass one of the present is astonishing.

5. Ghost in the Shell

Niihama City has evolved into a technologically sophisticated city in the year 2029, with citizens able to replace their limbs with robotic parts. Following this shift toward globalization, the city's Public Security Section 9 is in charge of battling corruption, terrorism, and other harmful threats.

Major Motoko Kusanagi of Section 9 is leading an investigation into a mysterious hacker known only as the "Puppet Master," whose body is almost entirely robotic, giving them extraordinary power. Other parties become engaged as Motoko and her colleagues pursue the mysterious criminal's trail, forcing her to confront the case's exceedingly complicated nature.

Motoko Kusanagi, also known as Major, is the main protagonist in the series. As an augmented cybernetic human, she already possesses most of the qualities of a terrific protagonist. With additional power, intellect, and strong will, Motoko is one of the most badass female characters in anime.

When it comes to overpowered badass main characters, Tatsuya Shibuya takes the cake.

Magic, previously considered a component of mythology and imagination, has evolved into a systemized technique that is now taught as technical talent. The First High School, which teaches these abilities, divides its students according to their admission exam results. Those who get high grades are referred to as “Blooms” and are placed in the first course, whereas students who achieve lower grades are referred to as “Weeds” and are placed in the second course.

Tatsuya and Miyuki Shiba are the protagonists of the anime. While Miyuki breezes through the first course thanks to her extensive knowledge, Tatsuya gets enrolled in the second. However, despite his low grade, he has extensive technical expertise and a unique approach to magic, which makes him stand out amongst the rest.

Tatsuya truly needs no introduction, as his popularity has skyrocketed in the anime community. He is the ideal “calm” type badass who can do everything with ease. Not only is the man a genius, but he’s also ridiculously skilled at martial arts and magic abilities. We mean, Tatsuya literally has an entire subreddit devoted to him - need we say more?

3. The Misfit of Demon King Academy

A conflict between humans and demons in the distant past resulted in widespread turmoil and murder. Demon King Anos Voldigoad gladly gave his life to stop this seemingly endless struggle, intending to be resurrected in a peaceful future.

The demon race founded the Demon King Academy in anticipation of their king's return. When Anos reincarnates two millennia later, he quickly discovers that the world's level of magic has dramatically decreased, and demonkind has a different memory of him. Despite these disadvantages, he sets out to find individuals who are changing his glorious past and takes it upon himself to convince his descendants that their king has finally returned.

Anos is literally a demon king possessing immense power. While many god-like characters are popping up in anime these days, Anos is genuinely deserving of the title "overpowered." He can win entire wars without breaking a swear and even treats them lightly. If that's not badass, then we don't know what is!

This list would have been incomplete without mentioning Eren Yeager from Attack on Titan!

One hundred years before the start of the anime, humanity has been on the bridge of extinction due to monstrous humanoids called Titans that devour humans. What makes these giants truly terrifying is that their taste for human flesh is not born out of hunger but pleasure.

Now, in the present, the remaining small population of humanity lives confined within three “heavenly” walls, resulting in 100 years without a single titan encounter. However, that calm is soon shattered when a titan manages to breach the outer wall and initiates a massacre.

During this tragedy, Eren Yeager sees the death of his mother and pledges to one day eradicate all titans. To do so, he joins the Survey Corps, an elite military squad tasked with combating the giants outside the walls and attempting to find a means to defeat them before the walls are broken.

After finding the basement and unlocking his father's memories, Eren learns about the truth about the Titans and the history between Eldia and Marley. Now vowing to destroy his true enemies, Eren has a complete personality change, which extends to his looks. Now with gloomy eyes, long hair, and hints of a mustache, Eren grows up to become a badass character who just might destroy the world.

Guts is undoubtedly one of the most badass characters in anime. As the protagonist of Berserk, he is forced to live in a medieval world of strife where embracing the battlefield is his only means of survival.

After a run-in with the Band of the Hawk, a formidable troop of mercenaries, Guts is recruited by their charismatic leader Griffith. He quickly climbs the ranks, becomes the head of the offensive faction, and takes Midland by storm. However, Guts slowly realizes that the world is not as black-and-white as he once assumed.

This gritty tale follows one man's struggle to find his own path while supporting another's lust for power and the unimaginable tragedy that unravels. The anime brims with violent battles and head-to-head confrontations, resulting in a lot of gore and action. The world of Guts is full of evil and brutality, and definitely not for the faint of heart.