Top 10 Anime With the Most Plot Twists! 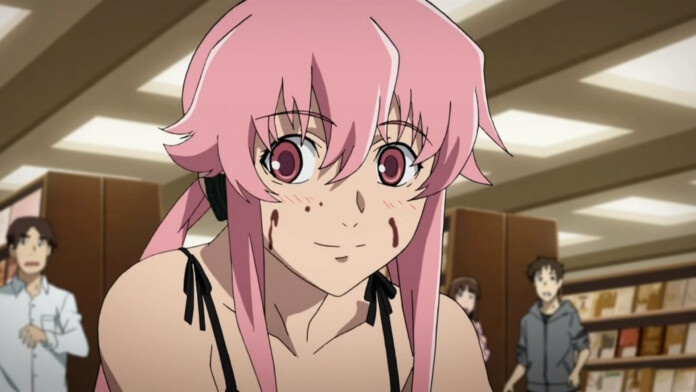 The viewers look forward to plot twists in anime, especially when they are unpredictable and stray away from cliches. In fact, the more shocking and devastating the twist, the better is its impact. For example, when Itachi's reason for massacring his clan was revealed, a lot of tears were shed, and it propelled his character up the popularity rankings.

Similar to Naruto, other classic anime such as Bleach and One Piece have their fair share of plot twists, each contributing to the anime's brilliance. However, with the anime industry flourishing, new series are continuously being released with fresh plot twists that, if executed brilliantly, have the potential to turn a mediocre anime into a masterpiece.

The series' included on this list strike a delicate balance between the number of twists and their impact on both the story and the audience. A fair warning before we start: while we will try not to include direct spoilers, there might be some insinuations to them due to the article's nature. So with that said, let's take a look at 10 anime with some of the best plot twists of all time.

Patema unintentionally falls into a massive bottomless hole while investigating them and finds herself in an inverted world where individuals like her are referred to as "Inverts" and are considered sinners. When Age, a student of this inverted universe, discovers Patema, he vows to aid and defend her after vehemently resisting the "Inverts are sinners" propaganda.

Patema Inverted has excellent plot twists that flip reality upside down (literally) while maintaining a good plotline. You'll find your brain in shambles trying to make sense of this one, but it's worth it because nothing beats the satisfaction you'll feel after finally wrapping your head around this anime.

Future Diary is an anime that gained popularity because of its complex storyline and compelling characters. However, reviews about it are pretty divided as people either love the series or despise it.

The psychological thriller centers on Yuki, a loner who isn't particularly good with others and would rather keep a journal on his phone and converse with Deus Ex Machina - The God of Time and Space. However, when Deus forces Yuki to engage in a combat royale with eleven other people, Yuki quickly realizes that he is more than a product of his imagination.

Yuki and the other participants are given special diaries that have the ability to foresee the future, each with its own set of benefits and disadvantages. They must strive to live for the following 90 days until just one person remains who’ll be crowned God of Time and Space.

While Future Diary has multiple plot twists, Yuno's real plan was utterly unexpected and took everyone aback. Without a doubt, it deserves 9th place on this list.

Code Geass is an original anime made by studio Sunrise that is set in an alternate reality where Britain has conquered the rest of America. The story follows Lelouch Lamperouge, the eleventh prince of the Empire, who develops a hatred for the emperor of Britannia and the entire imperial establishment.

After an encounter with a mysterious young woman named C.C., Lelouch gains the power of Geass, granting him the ability to force anyone to do what he wishes. Now, of course, with this newfound power, what does he plan to do? Conquer the world, that’s what.

While the plot seems a little generic, there are enough twists and turns involved to keep you on the edge of your seat. In fact, Code Geass is one such anime where the final plot twist propels it to legendary status. It is a must-watch for fans of mecha, politics, complicated philosophies, and unexpected plot twists to hit the nail on the head.

Legend of the Galactic Heroes plot begins with the end of a 150-year standoff between the two galactic superpowers, the Galactic Empire and the Free Planets Alliance. However, as the next generation of leaders emerges, an ideological confrontation is looming between the military genius Reinhard von Lohengramm and the FPA's guarded historian, Yang Wenli.

Despite being on opposite ends of the galaxy, both men play chess against one another, with the world's fate on the line. Reinhard and Yang lead the path forward while battling to preserve and grow their power and ideology.

In addition to the two figureheads, Legend of the Galactic Heroes has a slew of notable characters. Every single one of them is completely fleshed out and given the opportunity to shine. However, it is the anime's relationship to reality that makes it truly exceptional. The situations that take place make us look out for similarities in real life and care more about the show as a whole.

Steins;Gate tells the story of Okabe Rintaro, a self-proclaimed mad scientist, and his colleagues at the Future Gadget Laboratory, Hashida Itaru, and Shiina Mayuri. Okabe spends his days indulging in his habit of inventing prospective "future gadgets," the strangest of which is a "Phone Microwave" — a device that does nothing more than turn bananas into a green, jelly-like substance. At least, that is what the trio thinks until they are spurred into action by a string of mysterious happenings. Their saving grace? The Phone Microwave can send emails to the past, altering the flow of history.

However, when knowledge of the time machine spreads, a shady group dispatches agents to seize it, killing one of Rintaro's companions in the process. While he tries several times to travel back in time to prevent his friend's death, Rintaro always fails. The reason behind his failure is one of the most incredible plot twists in the anime and has completely devastated both Rintaro as well as the audience.

Overall, Steins;Gate is a very entertaining series that isn't afraid to play around with various scientific concepts. Since it doesn’t get too bogged down in technicalities, the anime focuses the better part of its energy on the story and multiple plot twists.

Your Name is an anime movie that has caused waves in the community due to its insane and emotional plot twists. The story revolves around Mitsuha and Taki, two teens who find themselves in each other's bodies.

One day, Mitsuha wakes up in a room that isn't her own and finds herself in the body of Taki, living in Tokyo. Similarly, the boy inhabits Mitsuha's body and lives a simple life in the countryside. Mitsuha and Taki begin looking for one other in order to find an explanation for this unusual event.

It is not an exaggeration to call Perfect Blue a masterpiece. This anime is a psychological thriller-horror film about Mima, a member of a Japanese idol group who quits singing and abandons her "nice girl" reputation to pursue a career as an actress. However, she is soon stalked, and killings begin to occur around her.

As Mima loses her grasp on reality, the film begins to slide into insanity. The viewer gets a personal look at how perplexing Mina's life is right now. Because of the film's confusing perspectives, you could even begin to doubt reality itself.

This mind-bending anime film doesn't shy away from complex subjects like the issues that come with stardom and popularity. The characters, especially those who don't appear essential at first, are also wonderfully fleshed out. The plot twist at the end, in particular, will undoubtedly astound everyone and will serve as the cherry on top of this magnificent film.

3. Shinsekai Yori (From the New World)

Shinsekai Yori is one of the highest-rated series of all time, despite its sluggish tempo and extensive information dump. The reason for the anime's popularity lies behind its world-building and the insane potential it has.

The narrative is set in a future utopian Japan where a small percentage of the population possesses a particular ability known as psychokinesis. We follow the growth and development of a group of five youngsters who live in a community with strict rules. They quickly learn to question their privileges, as well as the destiny of others who are “less” fortunate.

Shinsekai Yori blurs the distinction between people and animals and shows prejudice and discrimination in people in a way never seen before. The anime is elevated to a classic because of the stunning concluding plot twist that hugely impacts the audience's understanding of the world.

Attack on Titan owes much of its popularity to dramatic twists, brutal plotlines, and compelling characters. The anime is set in a dark world where gigantic man-eating humanoids called titans consider humans prey.

Humanity's last small population is currently contained within three "heavenly" walls, resulting in a century without a single titan encounter. The peace is quickly broken as a titan tries to breach the outer wall and start a slaughter. Our protagonist, Eren Yeager, sees his mother's horrible death during this catastrophe and pledges to one day kill all titans.

To do so, he joins the Survey Corps, an elite military force that fights titans outside of the walls' protection. He joins the brutal war against the titans, together with his adoptive sister Mikasa Ackerman and childhood friend Armin Arlert, and strives to find a method to destroy them before the remaining defenses are broken.

Unlike most anime, there are many surprising plot twists in Attack on Titan, both pertaining to the story as well as the characters. The best thing about them in this series is that they are masterfully foreshadowed, making it highly satisfying to rewatch the anime and notice all the details you missed the first time.

1. Higurashi No Naku Koro Ni (When They Cry)

Higurashi no Naku Koro ni or Higurashi: When They Cry is easily one of the most renowned horror murder mystery anime in the anime community.

Higurashi follows Keiichi Maebara, a young man who has recently relocated to the tranquil small town of Hinamizawa in the summer of 1983. In school, he immediately becomes inseparable friends with Rena Ryuuguu, Mion Sonozaki, Satoko Houjou, and Rika Furude and has a happy life. However, there is horror hiding behind their seemingly perfect lives.

Keiichi learns about the local tales surrounding the village's yearly celebration. To his surprise, he finds that numerous killings and disappearances appear to be linked to the festival and the region's patron god, Oyashiro.

When Keiichi attempts to interrogate his friends about these events, they remain strangely silent and refuse to answer his queries. As strange and horrible incidents continue to occur, he wonders what more his companions are hiding from him and whether he can really trust them at all. With insanity and paranoia taking root in Keiichi's heart, he will walk right into the village's horrors and mysteries.

Higurashi no Naku Koro ni has some great plot twists, and sometimes you're hit with two or three in the space of one episode. Every arc is disturbingly fascinating, especially the second season's revelation that features a surprising turn of events. As a mystery horror anime, Higurashi's plot and its characters are top-notch, and it deserves to take first place on this list.