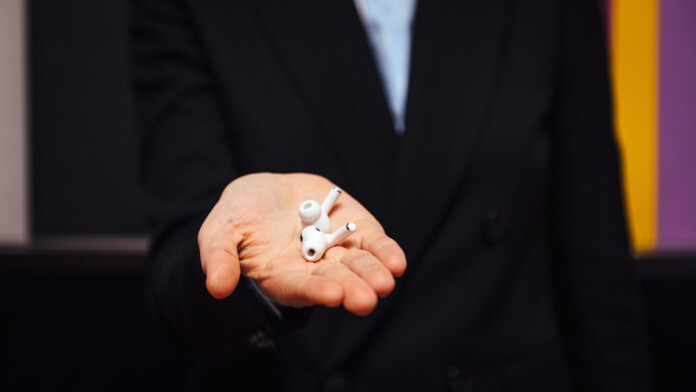 Wearables are gradually acquiring the role of health and fitness monitoring tools, breaking from the shell of being just stylish gadgets. This started with the Apple Watch and its ECG features and continued with the blood pressure measurements from the Samsung Galaxy Watch Active 2. Rumors have it that the next product that could measure our vitals will be the upcoming Apple ‘AirPods 3.’ Digitimes has reported that Apple has ordered its supply chain units to produce ambient light sensors (ALS), possibly to use them in the third generation of the AirPods.

This product will launch in 2021 or 2022 at the latest, so we don’t know much yet. However, there have already been quite a few reports that converge towards the inclusion of biometric measurements on AirPods 3. Of course, Apple hasn’t admitted anything, but the potential utilization of ALS doesn’t leave much room for speculation. These light sensors can record heart rate, measure blood oxygen saturation, and even blood pressure if the right algorithms are deployed. The medical products market is already offering ear-based clip-on pulse oximeters, so this isn’t anything ground-breaking. The same would apply to temperature measurements, although this would be harder to achieve using an ALS only.

However, putting these new features in a set of amazing earbuds such as the AirPods will make them even hotter than they already are. Apple’s wireless earbuds have become the company’s most popular accessory in just two years after the first generation’s release. It’s yet another consumer electronics product that quickly turned into a cultural phenomenon, proving once again that Apple is the master of creating status symbols. The second generation of the AirPods brought hands-free Siri support, wireless charging, a bigger battery, noise cancellation (somewhat), and faster device connection times. In total, the second generation sold 60 million units in 2019 alone, so it was a market sensation without a doubt.

For the third generation, Apple will need to push things even further in order to keep the AirPods at the top of the hill. The competition from Samsung (Galaxy Buds) and Google (Pixel Buds) is getting fiercer, so the Cupertino company has to do something more than incremental upgrades on their product to keep the lion’s share (right now, 60%) of this market. If the above rumors are accurate, the next generation of the AirPods will be a leap forward.