After Google I/O 2018, How Google Assistant Compares to Amazon Alexa? 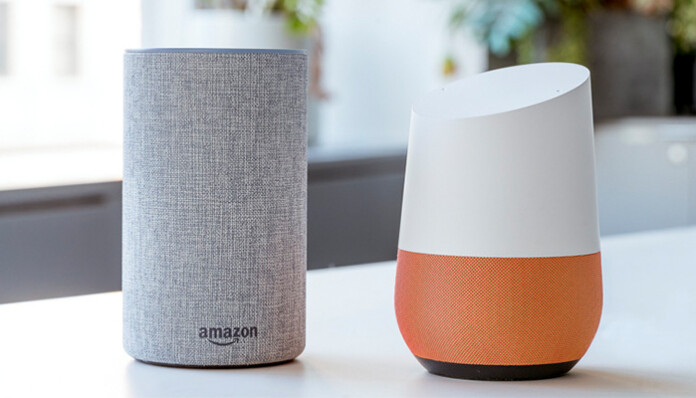 If you’re looking to buy a smart speaker, you are probably interested in products by Google and Amazon. Even though Apple’s HomePod is also an option, it belongs in a completely different price category. At the moment, products like Google Home and Amazon Echo are the biggest rivals. However, with Google I/O 2018 behind us, things are very different today. Let’s take a look at how Google Assistant compares to Amazon Alexa by taking a look at recently announced features.

In case you’ve been following the latest news, you know that Google has unveiled a bunch of new technologies this past couple of days. Android P comes with new tools, and Android apps are receiving a makeover. Powered by artificial intelligence, Google’s ecosystem of services and apps will soon become even more capable. This also applies to Google Assistant. So, let’s take a look at the latest changes.

Google has done a magnificent job of providing ways for developers to integrate their services with Google Assistant. At the moment, this digital assistant supports 30+ languages and will be available in 80 countries by the end of 2018. Today, Google Assistant is compatible with 5,000 home devices and already installed on 500 million devices. And thanks to Android Auto, over 40 car manufacturers are using Android and Google Assistant to provide individuals a hands-free user experience. It could be said that Google has a big advantage here become it offers a relatively easy way for third-party developers to rely on Google’s services and speed up app and service development. 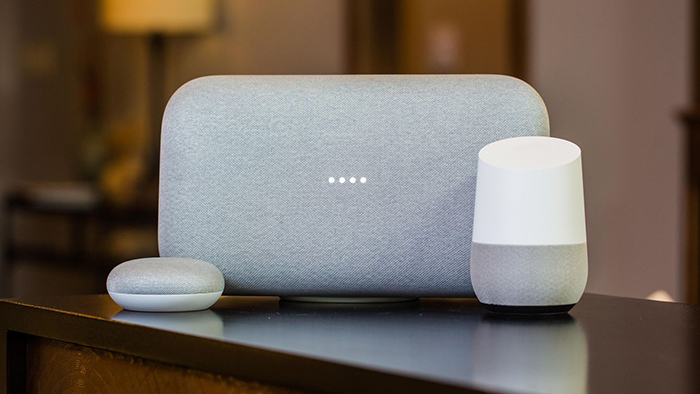 Now, let's take a look at Amazon. The company claims that 12,000 devices work with Alexa which also includes car makers like BMW, select Mini vehicles, and Ford cars. However, Amazon doesn’t have an equivalent to Android Auto, which is why it’s somewhat limited. Also, this company is promoting Alexa mainly first products like Echo smart speakers and this technology only works in three languages: English, Japanese, and German. This means that third-party developers need to work harder to integrate Amazon’s Alexa than Google’s digital assistant into their products.

In the previous segment, we talked about quantity. However, what really matters is how functional and easy-to-use are either of these virtual assistants. Things would have been very different a few days back, prior to Google I/O 2018 announcements.

Google Assistant is now capable of understanding a series of questions. This kind of continued conversation can be achieved without saying “Hey Google” every time. You can even ask multiple questions in the same sentence and receive answers to everything you want to know. The bottom line is that you can talk to Google Assistant in a very natural way. You still need to say “Hey Google” or “OK Google” to wake up the Assistant. However, it’s all smooth sailing after that.

When it comes to Amazon, Alexa offers something similar to Google. Called “Follow-Up Mode”, you can ask multiple questions but they need to be asked within 5 seconds of the initial wake-up command. This mode is available for all Amazon smart speakers but it’s only available in English at the moment. There is also another limitation since the Follow-Up Mode doesn’t work if Alexa is used for other persistent activity like listening to music, for example.

If you have children, you are probably concerned about their use of digital assistants. After all, the Web can be a scary place if you’re not experienced enough to deal with potential dangers. That is why Google and Amazon came up with their own take on children-friendly interactions.

During Google’s I/O 2018 Developers’ Conference, a ‘Pretty Please’ mode was announced. Thanks to this mode, the Assistant will encourage kids to be polite and will thank kids for saying “Please” and “Thank You”. This is actually a continuation of a feature called ‘Family Fun’ that was introduced back in 2017. This set of features includes children-friendly activities, games, and stories. Finally, you can also set up a Google account for your child and use it to monitor their usage and set time limits. 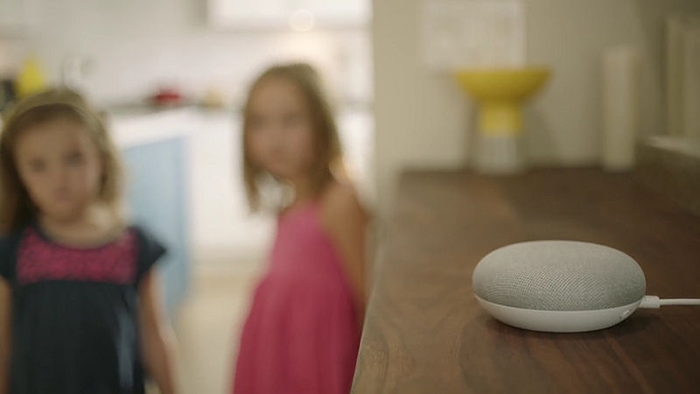 As we can see by now, these two tech giants are in a constant battle. Therefore, it’s not as surprising to know that Amazon offers its Echo Dot Kids Edition that comes with the company’s FreeTime functionality. Thanks to this option, certain ‘regular’ features of Alexa are blocked like shopping, news, and third-party skills. You are also free to set time limits and pause access to Alexa. And of course, there is a feature called ‘Magic Wand’ that encourages kids to be polite.

Even if you’re a native English speaker, this doesn’t mean that your digital assistant will understand you every single time. This is why both Google and Amazon are diversifying their digital assistants and even including different voices.

As announced a few days back, you can now try six new Google Assistant voices. Another one is coming our way, based on singer John Legend. However, we’ll most probably have to wait until Android P comes out to use this one. Aside from the new voices, there are two generic female and male voices that we all have been using for a while now. 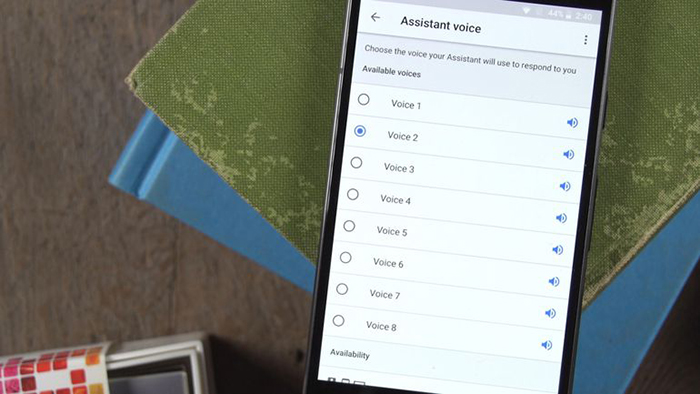 When it comes to Alexa, there are numerous subtleties that could make a big impact. Even though Alexa supports only three languages, it comes with several variants. For example, you can pick female and male variants with an American, Canadian, Indian, Australian, and British accent. Alexa can also whisper and bleep out words.

Digital assistants aren’t only used via smart speakers but on smartphones and tablets as well. So, we’ll take a look at their interfaces.

Google is planning to overhaul how its Assistant’s smartphone app looks like. It seems likely that Google Now and the Assistant will see a merge, presenting a bunch of useful information on a single place. When it comes to smart displays, the Assistant can play content from YouTube, which is something that’s not available on Echo devices. 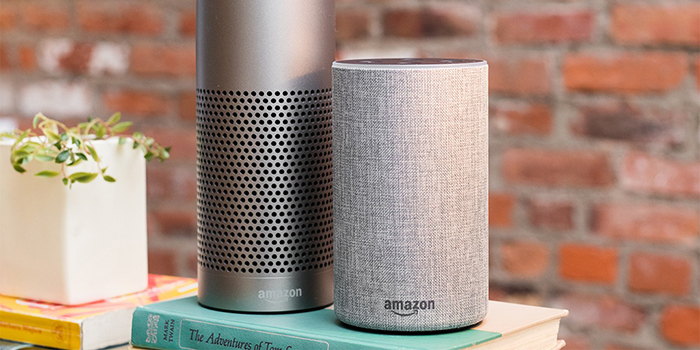 The truth is that the Assistant wasn’t designed for smart speakers, which is the case with Alexa. That’s why Google has done a much better job of creating all kinds of different interfaces for different types of devices. Alexa works great on smart speakers and other home devices that don’t have a screen, even though you still get to use it on your smartphone and tablet as well.

You might be surprised to see this category, but we had to include phone calls in this article. During Google’s I/O, the company demonstrated a feature called Google Duplex. This feature turns the Assistant into a lifelike persona that can make phone calls like a human would do. You will be able to use the Assistant to book appointments and reservations. You can say your requirements in a single sentence, and the Assistant will make a phone call to make that reservation. However, it seems like we won’t get to use this option in the near future. Even though Google has demonstrated how this should work, there is no timeline or a planned release date. 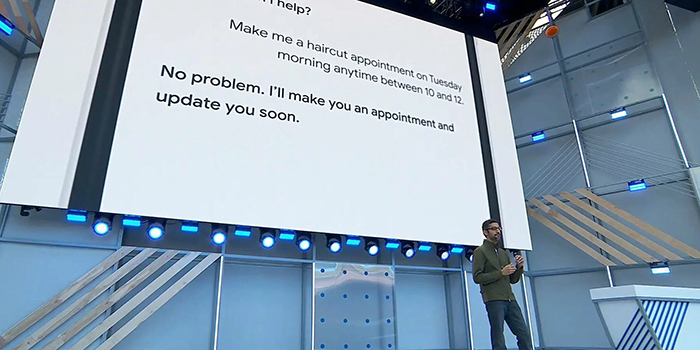 Amazon Alexa doesn’t offer anything similar to Google Duplex. However, you can buy an Echo Connect to make phone calls from other Echo devices. In addition, you can also call other Alexa users through tablets or the Alexa app on their phone. Even though we can see that Amazon and Google are fighting over somewhat similar features, it seems like Amazon won’t be able to compete when it comes to phone calls. After all, this wasn’t the primary role of Alexa, which means that a lot of work needs to be done to make this happen.

At the moment, we have to say that Google seems to be on the right track. Even though both of these options are highly interesting and useful, the Assistant is a few steps ahead of Alexa. Still, this all comes down to your needs. If you don’t need a virtual assistant for very complex tasks, you should be more than happy with what Amazon has to offer. In case you’d like the best of today’s technology, you need to rely on Google. After all, this tech giant has the needed resources to come up and implement advanced features.

What are your thoughts about Google Assistant and Amazon Alexa? Let us know in the comments section below. Finally, we’d like to ask you to share this article online if you find it to be helpful. Thank you!