Multiple Torrent Websites Are Blocked by Court Order in Spain 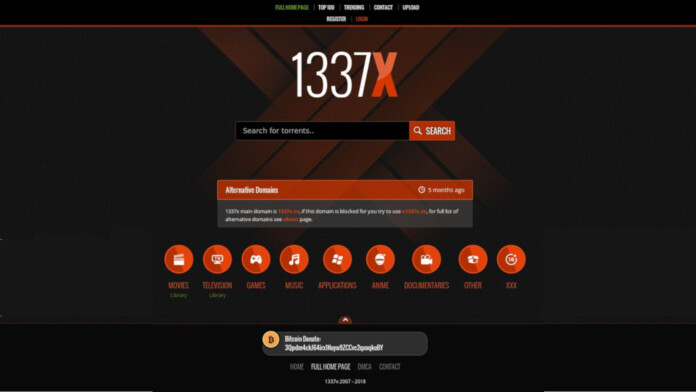 The Barcelona Commercial Court has issued a blocking order that was distributed to all local ISPs (Internet Service Providers), targeting seven highly popular torrent indexing websites. Among the blocked domains are limetorrents.cc, torlock.com, torrentfunk.com, extratorrent.cd, isohunt.to, and the most favored of all, 1337x.to. The court’s decision was the result of a long-term pressure by the representatives of the local music industry who have been complaining about the lack of action by the judicature against those who purposefully ignore the laws that underpin copyright infringement.

More specifically, the lawsuit that led to the enforcement of the blocking measures was submitted by AGEDI (Asociacion de Gestion de Derechos Intelectuales) which is a non-profit organization that manages the rights of music and music video producers, as those are granted by Spain’s 1996 Intellectual Property law. The ISPs that will have to carry out the blocking injunction are Vodafone, Orange, and Movistar, with all of them, have shown no spirit for opposing this type of court orders. However, if the blocking is done following the same techniques as they did in the past, internet users who still want to access the blocked domains will be able to do so by simply changing their DNS.

Nonetheless, the decision was welcomed with satisfaction by the local music industry, as copyright owners consider domain blocking to be the most highly effective action that can be taken against torrent indexing websites and piracy in general. As the president of one of the music owners group stated: “We have suffered for many years at the hands of those who believed that music was a product that could be plundered and distributed without the slightest scruple. In the end, the efforts of creators and producers do not fall on deaf ears. The decisive changes implemented to favor new and more accessible modes of consumption require the backing of administrative and judicial authorities to rid themselves of the unfair competition of fraudulent businesses and resolutions such as this show that we are all moving in the right direction.”

Last year, we saw that piracy rates in Spain featured a notable decline, attributed mainly to the rise of pay-TV services such as Netflix in the country, as well as the efforts of the digital content copyright protection groups against pirate websites. Currently, almost half of the total pirates in the country are after newly released movies and TV series, while music pirating that was the main topic in this latest lawsuit corresponds to about ¼ of the total pirating incidents.

If you still want to access anything in Spain without having to sustain privacy violation through digital surveillance, consult our list with the best VPN services for Spain.

Are you located in Spain? Feel free to confirm the above and share your thoughts in the comments below. Also, don’t forget about our presence in the socials, on Facebook and Twitter.