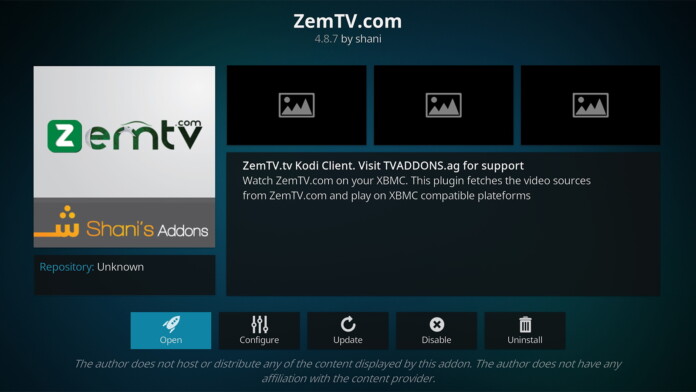 Dish Networks, one of the largest satellite and broadcast providers in the US, has sued UK-based developer Shahjahan Durrani aka ‘Shani’ for releasing the ZemTV add-on that allows Kodi users to access protected Dish Networks content for free. Dish Networks is claiming damages worth US$1,950,000 alleging infringement of ‘hundreds if not thousands‘ of the copyrighted broadcast.

Dish Networks is on piracy-control mode these days and has even opened up a job position for an investigator to monitor piracy on the internet. Last week, the broadcaster dismissed a case against TVAddons founder Adam Lackman and reached an out-of-court settlement with him. Shani, however, was not so lucky. He planned to defend himself initially but later dropped out due to high costs. Dish has, therefore, requested a default judgment of US$1,950,000.

Dish claims that Shani infringed its copyrights on a ‘massive scale’ by retransmitted protected channels on ZemTV without authorization for at least 16 months between February 2016 to June 2017 according to Dish’s plea before the Texas Federal Court. Dish claims that this was despite indirectly receiving multiple takedown requests. The law mandates that the copyright holder can claim a maximum of US$150,000 per work for statutory damages. Taking into account the extent of damage, Dish is suing Shani for a total of US$1,950,000.

Dish hopes that this judgment will deter others from copyright infringement although, it is being speculated that Dish is also looking to recuperate some of its losses with this amount. Now that Shani has expressed his inability to fight the case, it remains to be seen whether Dish can actually recover its losses.

What do you think about Dish Networks’ copyright damage claim? Let us know in the comments below. Also, to get instant tech updates, follow TechNadu’s Facebook page, and Twitter handle.