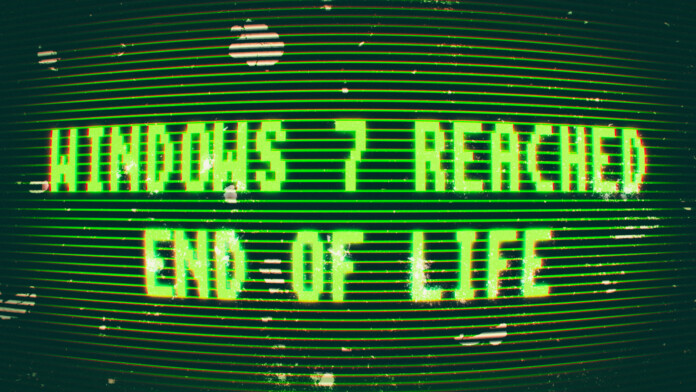 Windows 7, one of Microsoft’s most successful and beloved product, has reached the end of support date after serving the world for over a decade. This means that the operating system won’t get any more security updates, and whatever vulnerabilities are disclosed from now on will be immediately deployed by hackers to attack systems that are still running it. As there will be no fixing, people will have no way to protect themselves against these attacks. Some fear that we’re already very close to a revelation about a major Windows bug, so those who use the 7 are already biting their fingernails.

This raises the question of how many are they? W3Schools.com gives Windows 7 a market share of 11.5% which is pretty significant. Statcounter.com paints a similar picture, as Windows 7 still holding 26.8% of the Windows market share, which corresponds to about 9.17% in the total. So, approximately one in ten computers is still running Windows 7 on the day of the end of its support. Forbes has published a story today, focusing on China, reporting that about 62.5% of the computers there are still running the obsolete OS. The Chinese are familiar with the older Windows 7, and the local media and government seem unable to convince them to upgrade.

Microsoft is urging the world to grab a Windows 10 upgrade for free right now, but there are organizations and companies that use software tools that are incompatible with Windows 10. That said, some are stuck with the older version. If that is your case, you have two options. The first one is to apply and pay for the Windows 7 “Extended Security Update” program that is going to last until January 2023. That is of course if you’re accepted by Microsoft, as this program isn’t exactly open to everyone. The second choice is to unplug the computer from the network and just use it offline.

If you’re ready to move forward but Windows 10 isn’t your cup of tea, maybe you should consider hopping to Linux. The best distros right now are Ubuntu, Manjaro, Mint, Debian, Elementary, and Fedora. Linux could potentially save you even in the case that you need to run something that is incompatible with Windows 10. Check “Wine AppDB” to figure out what could run well through the compatibility layer, and you may be pleasantly surprised. If your hardware is a decade old like your OS, then you should pick a Linux distro version that uses a lightweight yet beautiful environment such as the XFCE.